People never miss the opportunity to troll the Pakistani actor Yasir Hussain. Recently, he spoke out against PTV airing Ertugrul Ghazi and other foreign shows. More so, the actor stood against the national TV importing foreign content. Sharing his two cents on the subject matter, Yasir emphasized the fact that the PTV milking the Ertugrul series was a loss for the national celebrities. On the other hand, Yasir Hussain recently shared the dance floor with Hira Mani dancing on an Indian song.

“When your brother is fired from his bank job, sister is out of school, and father is laid off from his job, and instead Turkish people are enrolled instead of them, then you might know why I’m saying this,” said Hussain. He went to add that “PTV is national TV. Remember this.” 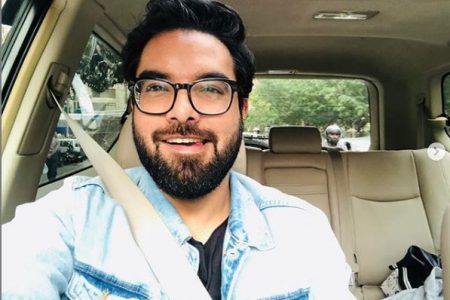 Ironically, being a strong opponent of Turkish drama Ertugrul Ghazi, and other foreign content, the Karachi Se Lahore actor happily dances on Indian songs. A throwback dance video of Pakistani stars Yasir Hussain and Hira Mani on an Indian song is making rounds on the Internet. Once again, the video has gone viral on social media.

In the video, both Mere Paas Tum Ho actress and Hussain can be seen shaking leg on famous Indian song You Are My Soniya.

While some people are highly appreciating the dance performances of Yasir Hussain and Hira Mani, others seem to be criticizing the dance to Indian songs.

Reeks of hypocrisy, doesn’t it?

What is this behavior Hussain? Swaying on an Indian song- how can you? It was not so long ago that the renowned actor expressed his grave concern on Pakistanis promoting foreign content. In fact, he stated it is the PTV and top directors’, producers’ and actors’ responsibility to produce original and educating content.

Where is the concept of practice what you preach? Looks like the Karachi Se Lahore actor has taken the moral high ground. Just recently, he slammed the Pakistani brands for overlooking the local talent and hiring a foreign celebrity. However, it seems okay for him to dance to a song that is not local.

Well, looks like Hussain has given yet another opportunity to his trollers to ridicule him. Being an actor himself, he shoulders the responsibility of promoting local content. But no, why lead by example when you can simply bash others for endorsing foreign content and go on doing whatever suits you. If this doesn’t reek of hypocrisy then what does? Enough with his sour grapes.

Nonetheless, all the criticism aside, both the Pakistani actors were looking quite stunning. The dance video has won the hearts of some of their fans.

Images & Videos Sum Up Pathetic Performance Of Sindh Govt – Where Is PPP & MQM-P After Rain In Karachi?
What! Did Crocodiles Actually ESCAPE From Mangho Pir Shrine After Rain?
To Top