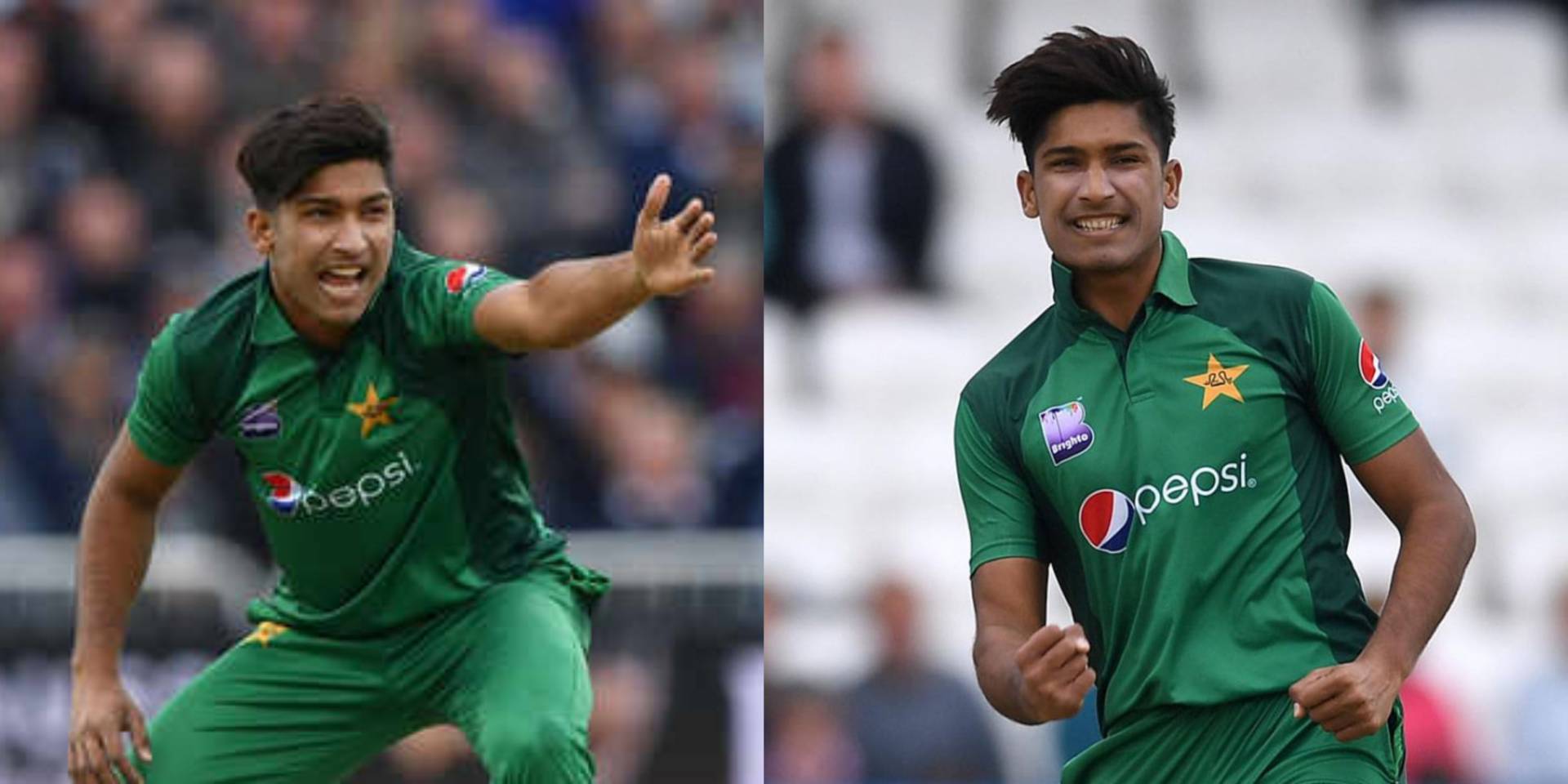 The newest addition to Team Pakistan Mohammad Hasnain just being as small as 19 years did something big as breaking a record. And not just some record, a T20I World Record.

This right-arm pacer played his debut T20I in May 2019 against England. With his fast bowling, he also earned a spot in the squad selected for the Pak-SL series held in the homeland. On October 5, in the first match against Sri Lanka Hasnain became the youngest bowler to claim a T20I hat trick in the cricket history.

However, for Pakistan, he became the second bowler to take a hat-trick in a T20I match and ninth in overall cricket history.

He took the first wicket of the hat trick on the final ball of the 16th over. The following two were taken on the first two balls of the 19th over. And that served him with a World Record.

The players whom he got off the field were Bhanuka Rajapaksa, Dasun Shanaka and Shehan Jayasuriya.

Since between the first wicket and the rest two, there was a gap of two overs so nobody tracked it as a hat trick for him. Not the crowd, and not even the commentators. It never occurred to anyone that he took three wickets in three balls straight. His hat trick went completely unnoticed but not lost.  However, it was discovered later.

Hasnain bowled four overs in the match and ended up with a figure 3-37. He wasn’t all that majestic at the start but he left everyone amazed with his wicket-taking ability. And now he is the youngest bowler to do a hat trick in T20I.

The 19-year-old also played in PSL for Quetta Gladiator. In fact, his bowling figures of 3/30 off 4 overs got him the ‘man of the match’ title in the final of the series.

This boy from Hyderabad doesn’t have an extensive history in international cricket currently and he’s already doing wonders. We hope he keeps his game up just the same and makes us a proud nation.

Legendary Actor Bushra Ansari Is Being Shamed On Social Media For Wearing A Dress Abroad!
Shahi Very Proudly Announces Its Vision For A Change After Removing Betal Nuts From Its Products!
To Top