Legendary Actor Bushra Ansari Is Being Shamed On Social Media For Wearing A Dress Abroad!

Social media has become a powerful tool that has served for the greater good of society but also has been abused by the wicked to spread all kinds of evil. It has equipped everyone with the ability to openly express their opinions behind keyboards without having to fear confrontation or accountability. People that are often the target of criticism are celebrities, who have to publicize their life to a certain extent in order to stay relevant and within the limelight.

However, in the Pakistani community, female celebrities face criticism more than their male counterparts. The patriarchal mindset doesn’t let any female live her life as she pleases. Especially the ones that post their pictures online are bound to be criticized on their looks, dressing, so on and so forth! Every physical aspect of theirs will be scrutinized to the very minute detail, mostly by the Pakistani men.

People will educate them about Islam, modesty and ‘culture’; whilst choosing to look at their pictures, forgetting ‘that’ part of Islam. However, women more often than not are the enablers of such patriarchy and have some of the harshest words to give to their gender.

Also Read: This New TVC Featuring Bushra Ansari As “Dadi Cool” Showcases How You Are Never Too Old!

Bushra Ansari’s Picture Has Become The Latest Target For Trolls! 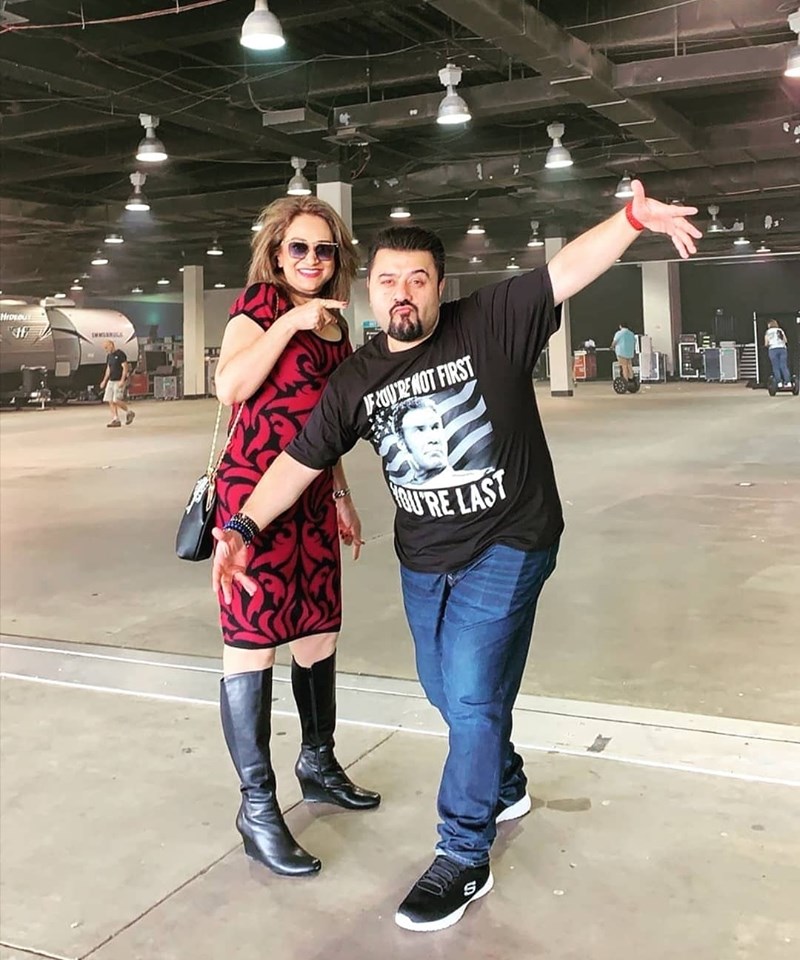 Via All Pakistan Drama Page

Bushra Ansari landed in Houston for HUM awards and her picture with Ahmed Butt wasn’t received well by the Pakistanis. “I respect Bushra Ansari, BUT..” this was the common theme of most of the comments received. They say find humor in misery is the only way out and let’s say that at least the comments started off with a respectful tone. Bushra’s body-hugging dress with what everyone has assumed to be her bare knees and excluded the possibility of her having skin-color tights on, caused a ruckus!

Being a public figure and that too a female requires one to develop a thick skin; Pakistani female celebrities have definitely grown a few layers considering how they continue to work hard and enjoy their personal lives.

Behold, ‘Some’ of the ridiculous comments!

Bushra jee, how forgetful of you!

A living legend cannot take a long flight in whatever clothes they feel comfortable in. Such disgrace!

Age-shaming and fashion-shaming in one. Bushra Ansari should have consulted with this person. How rude of her!

‘Dress like your age’ was the top advice for Bushra bibi and we hope she stops living the way she chooses and tailors her life according to the expectations of the Pakistanis. Let’s keep the hopes up that she listens and changes her ways to that of all the preachers down in the comment section!

Note: In case someone didn’t catch on, it was sarcasm.

Sarmad Khoosat’s ‘Zindagi Tamasha’ Has Been Nominated For An Award At The Busan Film Festival!
Mohammad Hasnain Breaks T20I World Record In Pak-SL Series
To Top