The Ministry of Religious Affairs has launched five Hajj mobile apps that will help pilgrims in performing Hajj, as well as staying in Saudi Arabia. It seems that the apps are only available for people using Android. Furthermore, it will consist of various information regarding the conduction of pilgrimage. Looking at the usage of mobile apps in 2019, it is safe to say that launching an app regarding information about Hajj would benefit many individuals that are hoping to perform Hajj this year.

Attributes Of Each Of The Android Hajj Apps:

Within the five apps that have been developed, here is a brief introduction of them:

Moreover, there have been multiple apps surrounding the concept of Hajj. But a series of official apps dropped by the Ministry itself has happened on rare occasions. Hajj is considered as a must for a Muslim to perform at least once in their lifetime. As it is such an important feat to Muslims, detailed knowledge through utilizing modern and easy technology can easily grab Pakistan’s attention. Also, the fact that these Hajj mobile apps are for android might not be that much of a disadvantage, considering most of the country uses android. 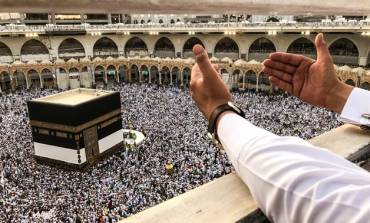 Having much of the information available within one place can be helpful for elders as well. This is because people from various backgrounds, age brackets, and countries come together to perform Hajj.

For 2019, Hajj will begin on August 9th till August 14th. Not to mention, taking into account the countless individuals that will be performing Hajj this year alone, technology will help in guiding them. This includes the development of identification bracelets that were entirely electronic. The bracelets would identify people by mentioning information for the authorities to look into. This started due to the stampede which occurred in 2015.

Now, following these footsteps, these new apps are making the experience even simpler for people. The Hajj and Umrah Ministry believe that various technological advances are actually beneficial because they provide a convenient experience for the people. Additionally, this also ensures the safety of the people performing Hajj as well. This is probably because the on-going incidents have been shocking, and Hajj should be made safe for all.

What do you think of the situation? Will you be using the apps at all? Did the Ministry do a good job by developing these apps? Share your thoughts.

Thanks To COAS, This Kid With Thalassaemia Became Honorary Captain For A Day Fulfilling His Dream!
Hassaan Niazi Is Helping 22-Year-Old Nayyab In Seeking Justice After Her Step Brothers Murdered Her Whole Family!
To Top