Alas, a lion reportedly lost his life succumbing to the torture while being moved to a sanctuary in Lahore. Earlier, a nine-year-old female lion from Marghazar Zoo also died, and at that time this male lion was seriously ill.

On Wednesday, the lioness died on her way to the lion sanctuary, while the lion died after reaching there. Due to the mismanagement of the caretakes at the zoo, the lion ended up getting injured. As per the details, the injury had been caused while forcing him out of the cage. 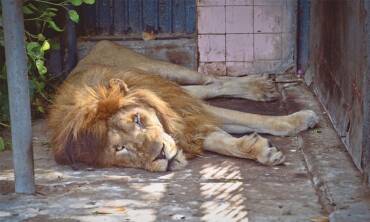 According to the details, veterinarians at the Mohiuddin Private Breeding Farm on Ganda Singh Road in Lahore were looking after the unwell male lion. Soon after the death of the lioness, the male lion also lost his life in Lahore.

Mismanagement & poor facilities at the zoo

In video making rounds on social media, caretakers can be seen lighting a fire inside the cage, forcing the lion to move out of it. According to the reports, it resulted in the lion’s condition deteriorating because of the burns and suffocation. The lion was later shifted to a veterinary hospital where he succumbed to the injuries.

Yet another animal dies in that god forsaken hellish place,#islamabad zoo after untrained staff lit up fires and used excessive force while transferring a lion to sanctuary.This is the 2nd lion to have died there in successive days.We strongly condemn actions of those pic.twitter.com/NxR9mv25Th

In addition to this, the lions were moved to Lahore at night between July 26 and July 27 in cages fabricated for transportation.

The General Veterinary Hospital has the body of the female lion for a postmortem examination. As of yet, there seem to be no results received. Needless to say, the lack of management and poor facilities have led to the death of these animals in Islamabad zoo. 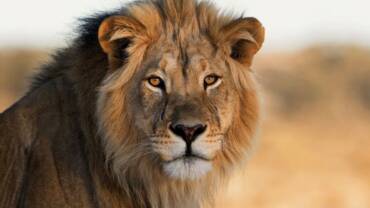 Moreover, it is to be noted that these are the worst months to shift animals because of the extreme temperatures. The process of catching and shifting animals from cages is itself stressful, which is compounded by the hot and humid weather.

Besides these two lions, many other animals also lost their lives while being relocated. Reportedly, a female hog dear, three blue bulls, as well as two ostriches died. Furthermore, the administration has stopped the process of relocating the animals to hide its incompetence.

Public outrage over the horrific incident

Just watching the news about the death of the lion in Islamabad Zoo. This is outrageous! The poor soul did not deserve this. #BanAllZoos PLEASE!

THE TACTICS used HERE IS UNJUSTIFIABLE & UNFORGIVABLE These pair of lions were brought to Islamabad zoo in 2016 and now 4 years later their MURDERED IN THE MOST GRUESOME WAY – WHAT CENTURY IS THIS ? @sayedzbukhari @ImranKhanPTI @zartajgulwazir @aminattock pic.twitter.com/mCGfHmMuQq

ban all zoos. they set fire inside cages in islamabad zoo to “scare & control” the animals in order to move them to the lahore sanctuary. a lion & lioness, and other animals have died as a result. our cruelty towards every living being in this country knows no bounds. ban zoos.

The lion and lioness were both four years old when they were brought to the zoo in May 2016. They were brought from Lahore Safari Park as part of the bird and animal exchange program between the Capital Development Authority and the Punjab government.

Consequently, the torturous condition and mistreatment faced by wild animals in Pakistan’s zoos have been brought to light. It is raising serious concerns against management. What a shame!

Youtuber Awesamo Loses Monetisation To His Channel After Hackers Cause Trouble
After Qmobile, Esra Bilgic Becomes Brand Ambassador For Jazz
To Top