Youtuber Awesamo Loses Monetisation To His Channel After Hackers Cause Trouble

The digital evolution has finally allowed many people in Pakistan to earn fame, fortune, and a lot of publicity. As a matter of fact, many stars that we know of today got famous by being a part of the digital community. Take TikTokers for a start. There are a lot of TikTokers and YouTubers who have become evidently famous with the passage of time and are also earning a lot of money through their Vlogs and videos.

Some famous YouTubers are Daniyal Sheikh, Danish Ali, Arsalan and so many more. However, one profound name that can never be forgotten when it comes to the digital community of Pakistan is Raza Samo of Awesamo Speaks. The YouTube comedian has also given us some really inspiring content and has also won all our hearts! 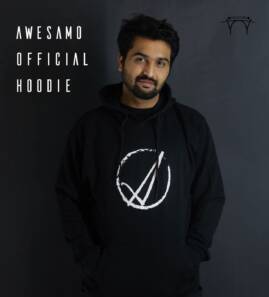 Sadly, though the poor star YouTube star’s account got hacked and he lost a lot of his videos which had made him earn a good fortune. He took to social media to share the awful news with his fans and tell them the sad story of how his YouTube account was hacked.

Raza tells his fan that he talks to Google Support for help and doesn’t want to start another Twitter trend, provided the viral PUBG and digital community controversy going on. He only asks for a lot of wishes from his fans and followers in return. After an in detailed discussion with Google Support, he is even more distressed to learn that his hard work might as well go down the drain!

According to the YouTube star, after some effort he has gotten his channels back; which is good news however, during the entire hacking, there was a live stream video that Google believes is illegal and thus, cancels the monetization for Raza Samo.

Not only is this news saddening for the star but very distressing for his fans also. Samo takes to Facebook to share his remorse with the public and exclaims how is it fair to work for no money!

My channel got hacked

In the end, Samo adds that although this horrible hacking incident might impact him badly, he will not let it break him! In fact, he adds that he considers this a minor setback and promises to be back with a bang real soon.

. We also hope to see him real soon back on the screen. The digital community of Pakistan is going through a major crisis situation especially with the on and off banter about the PUBG ban. However, seeing such ruthlessness with our own talented Raza Samo is indeed heartbreaking. We wish this lovable and amazing star the best of luck!

TikTok Star-Sisters Jannat Mirza & Alishbah Anjum Look Flawless In This Bridal Photo Shoot!
Another ‘King Of The Jungle’ Dies In Lahore After Serious Mismanagement By Zoo
To Top