The Sad State of Animals At Karachi Zoo Needs Our Attention

The prevailing state of animals at Karachi Zoo has such a maddening prospect that it immensely shocks visitors every time. Dedicated for recreation purpose basically, the zoo is rather serving as a distressing lock-up area of animals.

It’s hard to put in words what the current situation of animals makes you feel like. Animals that are unfortunate enough to call the Karachi Zoo their habitat are suffering all the negligences.

The zoo was established back in 1878 and was developed into a whole recreational lookout shortly after independence in 1947. Since then, it has been one of the biggest attention of public from all walks of life.

The zoo is not even a shadow of its former self. It will be overstated to compare it to its past because what prevails now does not make it anything like a shelter for animals.

Millions of people timely visit the place every year. However, its reputation as a credible zoological department has diminished in the eyes of people who get to visit it. Today, it fits nothing short of a torture cell for animals. 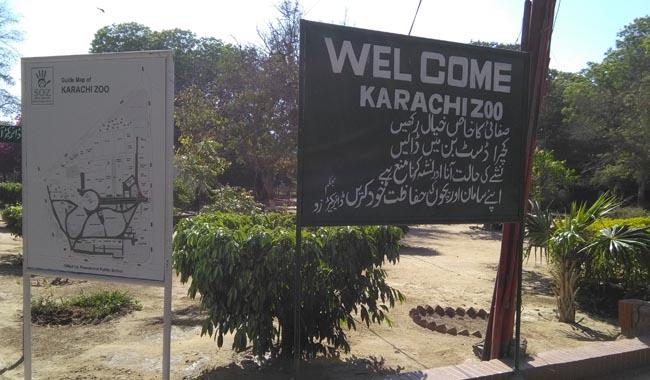 We’ll head to the basic facility of the zoo first besides the animals. As soon as you step into the zone that partly holds the pillar of pride of Karachi as a city for far long, it consistently reveals fragments of decimated facilities. Poorly maintained infrastructure and no proper form of sanitation is your first subject of sight.

Litter is sprawled across the aisles and walkways, a smell of filth and animal waste gives you a hard time to breathe. This, in particular, is the badge of poor conduct by citizens. A general lack of civil etiquette is to be blamed here. This is perhaps the first impression of most people who get to visit Karachi Zoo.

Coming to the appalling state of animals, it leaves you nowhere better. The sights are really tear jerking. They’ll shiver your spine and make you depressed.

Poor hygiene, poor nutrition, poor infrastructure, poor medical care, and whatnot – basically, all the fundamental rights of animals in the zoo are managed with poor directives.

In recent events, a number of animals have been prone to diseases and ultimately lost their lives.

Let me brief you with the situation of big cats here. The big cats are the center of most public attention and every visitor never wants to miss seeing tigers, lions, and leopards at Karachi Zoo. 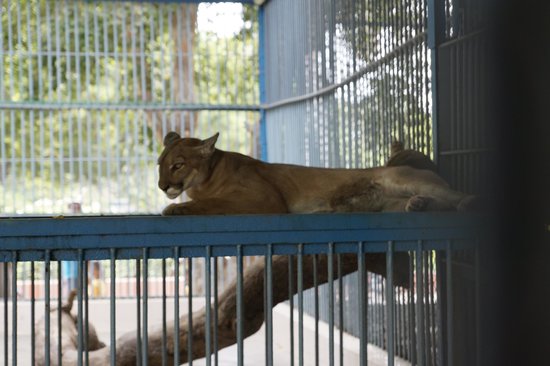 There have been reports circulating about two Bengal tigers at the zoo. Of the pair, the male tiger was named Alex, who lost his life of a sudden kidney failure at just 16 years of age. Its partner still lives and she does not seem to be living under better circumstances. Bones exhibit in her body and she seems a fraction of a Bengal tiger you would expect to see.

In 2011, 4 lion cubs were born at Karachi Zoo which caught public attention at large. However, only 6 days after their birth, 3 of the 4 cubs were reportedly found dead, while the 4th one went missing. 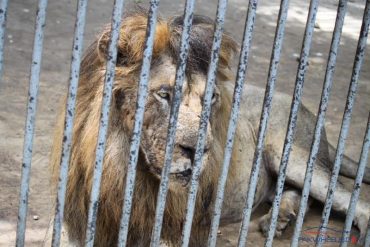 Various sources suggest conflicting reasons for the death of 3 and unknown whereabouts of the 4th lion cub. Few claimed that the cubs died after being drowned in their enclosure in stagnant rain water. Others claim that lack of sufficient space caused their mother to stamp on them unintentionally when moving around the space.

Their bodies were sent to DUHS (Dow University of Health Sciences) for autopsies, however, no official results have been released for public information.

Just now a pair of lion namely, Sarah and Alfred are caught with a mysterious infection on their skins. The lions were bought by KMC in 2012 and brought to Karachi Zoo. It is hard to make a sight of them in their enclosure since the facelift made of acrylic glass has been completely ruined by scratch marks – a screaming urge for redemption by the wild animals. 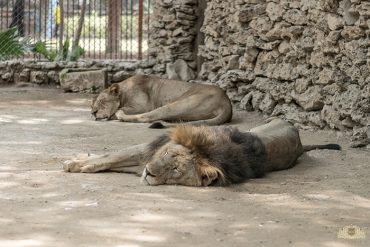 However, if you try to look closely and concentrate, you’ll catch a saddening glimpse. Clearly, Sarah and Alfred have lost their vigor as wild animals. They look despaired, sad and dead all the time. The skin infection appears to have troubled the female, Sarah the most as one can clearly see patches and marks of lost hair scattered all over the body. The patches are coupled with her timely urge of itching her body.

Alfred is however partially stricken by the infection. But you can always count the number of flies clinging to his face. His stomach can also be seen covered in flies which speaks a lot about his condition.

Many other animals are also infected with diseases and ultimately lose the battle to fate. They have hardly been provided with the necessary medical care, while their living conditions hamper any sustainable growth for them in the first place. 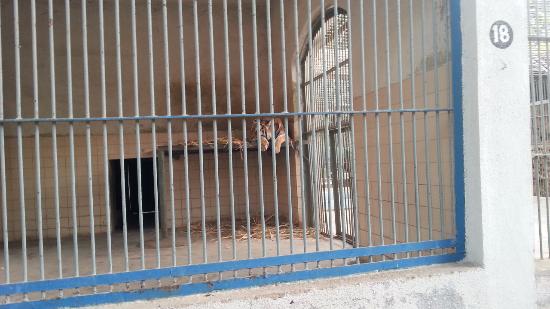 It’s down to many views as to why animals continue to suffer. The zoological department and management in Karachi tell that they are not allotted sufficient budget and they are compelled to make the most out of the measly means they have.

The local government in Sindh has announced to revamp the Karachi Zoo and has allotted a budget of over Rs. 300 million. Their claims of revamping the place and providing better facilities will only have weight once we begin to see the conditions of poor animals getting better.

Or simply, these animals need not be confined to cages. They are supposed to be provided a habitat where they can move freely. Indeed they require mobility and a little independence to practice their wild instinct.

No measure or no amount of money spent would make a difference unless the animals at Karachi Zoo are provided a replica of their real habitat where they originally belong to.

As visitors, please be considerate with animals. Do not litter the place. Do not feed the animals.
Be wise, be responsible, be empathetic and do not abuse animals.