In an Islamabad zoo, animals are in damaging conditions, which is why the court has requested a report from the Ministry of Climate Change regarding the abilities of the Municipal Corporation of Islamabad (MCI). It is clear that the MCI is not fit to run the zoo.

Basically, the harsh ways the animals are kept captive in, have surfaced. This is why the Islamabad Wildlife Management Board (IWMB) has filed a petition and they are willing to run the zoo instead of the MCI.

The Ministry of Climate Change had issued details to the federal cabinet in favor of shifting rights for the zoo to the IWMB.

There has been a report regarding a bear, crocodile, and stray dogs surviving in extremely harsh ways. This isn’t just a case of some Islamabad zoo animals seeing dirt, it is the reality of many Pakistani zoos. This is why it is important for this issue to reach the spotlight; people need to know about the injustices the animals go through. The zoo’s management shoots stray dogs that wander into the zoo. IWMB has displayed all of such information in front of the court to provide justice. 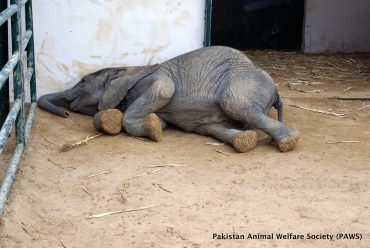 Apparently, the zoo owners did not possess enough money and funds to keep running the zoo in a respectable manner. This is why the animals are living in unspeakable circumstances. The representative of WWF-Pakistan, IWMB, and the director Marghzar Zoo are supposedly going to be holding a meeting in three days.

The Justice Minallah mentions animals to be equal to humans and that they deserve just as much respect. He said, “If something does happen to the crocodile, action will be taken against those responsible,”

The judge has decided to shift the animals to better living conditions while the case goes on. Even the zoo’s official has admitted that they kill stray dogs, M. Bilal, deputy director confirms, “We shoot down stray dogs on public complaints,”

In Islamabad, zoo animals are living in congested conditions. Meaning the animals are away from their natural world. They are shown as mantelpieces for the audiences to enjoy. Not to mention, many times the animals end up dying due to the extreme weather. The zoo’s environment in which they are supposed to survive in is alarming. This is why many of the zoo animals barely rebel or come out of their caves in their territory. 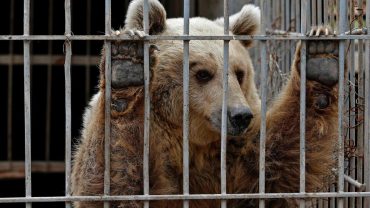 The fact that such cases are coming to light shows that people still care about the mistreatment of wild animals in Pakistan. This ideology of treating animals like objects just because they are below us is getting old. This Islamabad zoo is just one case out of thousands. Does Pakistan want to keep treating its zoos with a negative behavior? Even though it is better to just not barricade wild animals but that will require years to happen. The zoo business is quite strong worldwide to even see an end.

What do you think of the situation? Should animals be in zoos? Is there ever a need to brag about Pakistan’s biggest zoo or anything like that? Share your thoughts!

Self-Realization Is Super Important And Here’s How You Can Attain It!
PTI Revokes Membership Of Siyal For The Physical Assault On A Journalist
To Top