Blast from the past- the after school binge-watch of all of our favorite cartoons and game shows as we gobble down the food; ’90s was truly golden. Nickelodeon and Cartoon Network taking center stage. Now, the kids of the past are older busy ‘adulting’, that can be quite taxing at times. But, reminiscing the good-old-days is a safety net and one of the memories is about to revive itself.

Nickelodeon’s iconic ‘90s game show Legends of the Hidden Temple is coming back with a twist! 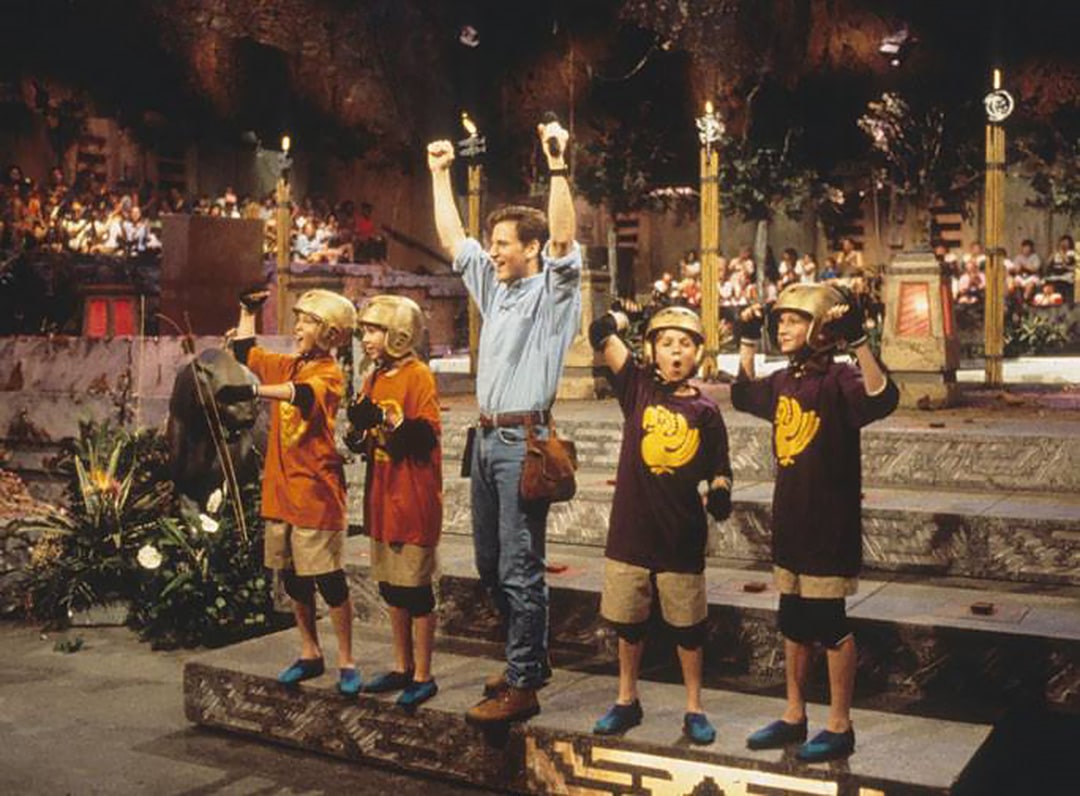 Everyone is getting a second chance to assemble the Shrine of the Silver Monkey. However, this reboot is imagined with some differences from the original. The biggest being that the participants will be adults. In addition, the show is brought back by Quibi and will not be aired on Nickelodeon. Quibi is an upcoming mobile video platform and the company is definitely smart enough to bank on ‘nostalgia’. What better way to do that than bring back one of the best competition shows of the past.

We are all the yellow team after hearing this news. Minus the Generation Z, of course.

The tightness of our stomachs and the intense focus when the team is close to winning but also running out of time quickly. Gosh! A walk down the memory lane? Yes, indeed. According to the sources, the game re-imagined with adults will retain much of the main components of the show – Moat Crossing, Olmec, and the Temple Run. Fingers crossed, let us hope Kirk Fogg returns as the host again.

Will the revived show take place in a similar setting? Nope, it will happen in an actual jungle.

Just like how the real-life smacked the 90s kids in the face when they grew up and stepped into the sea of responsibilities. This show, much like life will have tougher competitions. However, the reward will be bigger as well. We are all about the perks, aren’t we? Quibi isn’t playing any games with its intense re-imagination of a hardcore game. The iconic show aired from 1993-1999; now, the remake is set to come anytime next year, which is 2020.

Random thought… I would killed to be on Nickelodeon’s legend of the hidden Temple game show in the 90s pic.twitter.com/WXQJlO0wMY

The iconic game’s reboot is being produced by Nickelodeon and Stone & Company Entertainment. The executive producer of LOTHT Scott A. Stone, also co-creator of the original series is thrilled to be bringing the show back on the screens of Quibi. He said, “Bringing back Legends for Quibi is a dream come true. I have been so lucky to be part of this defining millennial show, and now there is a defining millennial platform to go with it. I couldn’t be more excited.”

In a world where COD Vs PUBG is the hot topic, the game shows of the bygone days are a fresh take for many who will be taken back to the simpler times. However, it piques our curiosity as to if they brought back the exact same show for children of today, would they have found it remotely interesting? As for the oldies, get ready for the iconic return of the Legends.

Were you an avid watcher of this show? Let us know in the comment section below!