COD vs PUBG - How These Games Are Taking Over The World And Pakistan!|Parhlo.com

Video games are becoming crazily popular all over the globe, including Pakistan, to the point that many people include video games as a requirement when coming back home from a tiring day. The reason why video games are so famous is simple. They have eye-catching graphics, intriguing story-lines, and a variety of characters to choose from, and gaming industries are becoming even more innovative with their designs. The two most played games throughout the world, are Call of Duty (CoD) and PUBG. Hence, starting the furious COD vs PUBG war within the gaming world.

The Rise Of Call Of Duty:

Basically, Call of Duty is a shooter-based video game that has multiple series; some tend to be more popular than others. There have barely been any video game franchises all over the world who have been capable enough to capture the impact that Call of Duty has had on the gaming world. It has always stayed in the top three best-selling games of the year along with FIFA. Even though, the list fluctuates but Call of Duty has always dominated it for years straight.

The game is technically first-person but its multiplayer is just as intriguing as the next. The creators are clever as they don’t make every Call of Duty game similar. There is a difference in modes and backgrounds. Call of Duty is still massively popular because it has brand loyalty and sticking to the old formulas, with some changes, helps the game retain its fan-base. Not to mention, the developers never compromise on the graphics. So, a sturdy combination of an intense shooting game with innovative changes that don’t ruin the old designs would ultimately capture video game fans. 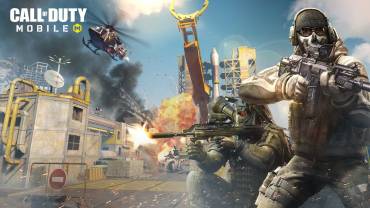 Even the game ‘Call of Duty: Mobile’ that had launched just recently, is so popular that it hit three million downloads in only 24 hours. The game is available on both Android and iOS devices and possesses unlimited weapons, modes, and maps. People have been ditching all the other mobile games on their phones just to make space for Call of Duty. It is also, currently, the No. 1 free iOS app within 33 markets worldwide.

On the other hand, PUBG or PlayerUnknown’s Battlegrounds is a multiplayer shooting game that is available on PC as well as mobile. As Call of Duty: Mobile has released, gamers are evaluating whether it will surpass PUBG’s popularity. Looking at the current downloads of the game, it is safe to say that PUBG might not be able to beat its sudden competitor. The conclusion for COD vs PUBG when it comes to mobile downloads is crystal clear.

Regardless of the mobile versions, there is always a decrease in players for PUBG whenever Call of Duty has launched a new version. For example, the release of Call of Duty: Black Ops 4 which decreased the player count for PUBG from 940,000 to 842,000. PUBG also saw its number of players drop in 2017 and received a growth rate that was relatively much lower as compared to its previous statistics.

Popularity Of These Video Games In Pakistan:

Video games have taken over Pakistani youth as well. Though, it doesn’t appear as a surprise because Pakistani’s are rapidly becoming outspoken about their love for video games. A lot of universities, most prominent ones, hold gaming competitions that involve two or multiple people playing infamous video games like Tekken, Call of Duty, or FIFA to win cash prizes. 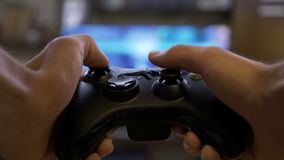 Moreover, there are also rental rooms where people can use their gaming PC’s and get charged per hour. According to research by Pakistan Telecommunication Authority (PTA), there were 150 million mobile subscribers from Pakistan in the year 2018. If this many people from the country are engrossed within their phones, then mobile gaming addiction is a-hundred-percent possible.

Furthermore, whenever a new list comes out on the video games played within Pakistan, Call of Duty is the absolute first. With every release this game franchise comes out with bigger and better improvements. And that is something appreciated by every gamer in Pakistan. Though PUBG makes the list as well but the customer loyalty and preference for Call of Duty is still considerably strong.

What do you think of the situation? Which side do you take in the COD vs PUBG war? Share your thoughts using the links below.

Asim Azhar Shows Support For Kashmir At Hum Awards And Literally So Much Respect For Him
Two Sisters In Sargodha Underwent A Gender Change Surgery After Their Parents Kept Praying For Sons!
To Top