Kill Dil â€“ Another Bollywood Movie Featuring Ali Zafar in India! How About You Serve Pakistan for Once?! - Parhlo 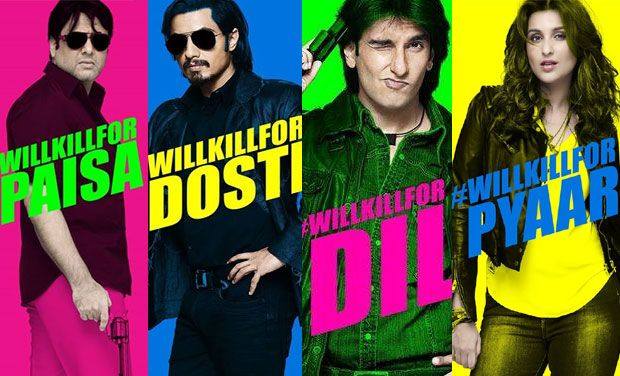 Govinda will be playing a negative role in the movie which is scheduled to be released on the 14th of November, 2014.

Kill Dil was shot in North India. The story revolves around two killers; Dev (Played by Ranveer Singh) and Tutu (Played by Ali Zafar), who wander around freely in the streets of India.

When they were young, they were abandoned by their parents, at that time Bhaiyaji (Played by Govinda) provided them shelter and trained them to kill people!

Everything remains normal in their lives until the free spirited, gorgeous Disha (Played by Parineeti Chopra) enters their lives. After that the story transforms into the tale of disobedience, dishonesty and love.

The upcoming Bollywood movie Kill Dil has apparently made it to the must watch list of the movie enthusiasts. Kill Dil features Govinda and Parineeti Chopra in an avatar which has never seen before by one. The Kill Dil trailer looked very promising and impressive at the same time.

Kill Dil is all about the tricks and tactics ones heart plays on an unwary victim of love, who is later asked to decide between â€˜Killâ€™ or â€˜Dilâ€™. The Kill Dil trailer is already a hit among Bollywood fans. It is highly likely that the movie will do great at the box office.

Read Also: Here’s Why It’s A Bad Thing That Meesha’s Case Against Ali Zafar Was Dismissed

One of the factors which make Kil Dil a hit amongst Bollywood freaks is that Kil Dil is created by the director of hit films such as Bunty Aur Babli and the romantic blockbuster Saathiya. Shaad Ali was also associated with the movies like Dil Se, Guru and Ravan as an assistant director.

Viewing the extraordinary Kill Dil trailer, it appears that Shaad Ali is will be delivering a blockbuster once again. Loaded with cheesy one liners (which are immensely popular in Bollywood), action sequences, bike tricks and stunts and fascinating glimpses of Ali Zafar, Ranveer Singh, Govinda and Parineeti Chopra, Kill Dil is full with all the elements which are required in a perfect entertainer.

Parineeti Chopra can be seen in the movie Kil Dil, like never before. It is her fifth time working for Yash Raj Films. She has completely transformed herself and has burned her â€˜girl next doorâ€™ image into ashes. Kil Dil does not feature her as some bubbly, cute, outgoing girl. Instead, in the trailer of Kil Dil, Parineeti has been seen performing some killer thumkas and bold moves. In Kil Dil, Parineeti plays the role of a very daring and sly, Disha who enters unexpectedly into the lives of Ranveer Singh and Ali Zafar who are killers. 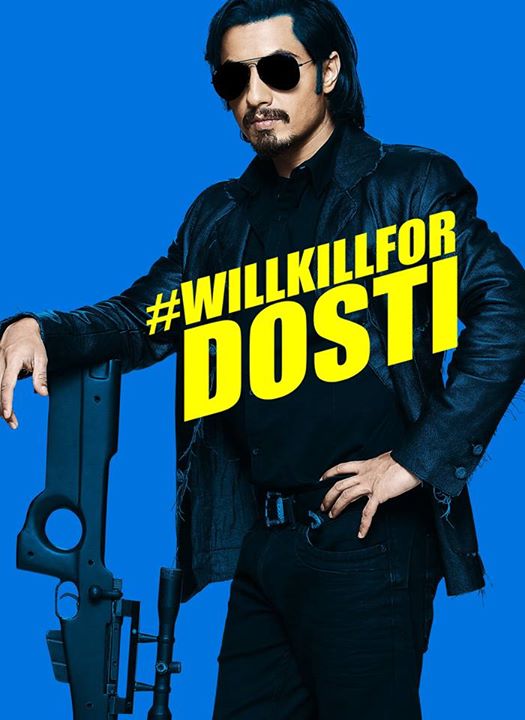 Parineeti Chopra and Ranveer Singh have already performed as a couple, on screen. They had a short pairing in the movie Ladies Vs Ricky Bahl. Once again, the on screen couple is now demonstrating some serious, radiant chemistry in Kill Dil.

Ranveer Singh has also worked with Priyanka Chopra in the movie Gunday. His coupling with Parineeti Chopra seemingly has managed to click with the audience as far as their screen presence and bonding is concerned. In Kill Dil instead of Ranveer Singh, Parineeti Chopra takes the driving seat.

While in Ladies Vs Ricky Bahl, Parineeti sat behind Ranveer Singh. This shows how much she has grown up as an actress over the period of time. She appears much more mature (as an actress) and confident in Kil Dil.

It feels like Ranveer Singh was born to perform negative roles. He fits in them so well and Kil Dil is no exception. Kil Dil is not his first time playing a role of a criminal; apparently negative roles always work for him. Ranveer Singh portrays the character of a killer in Kil Dil who works alongside with Ali Zafar and their mentor is Bhaiyaji who provides them guidance and training for killing. Ranveer previously has successfully played the role of a conman in Ladies Vs Ricky Bahl, a thug in Gunday and a robber in Lootera.

It is very rare that he has been seen as a gentleman or a sober person in any of the movies. Holding guns and placing some solid kicks and punches, Singh appears to be offering way more in Kill Dil than his natural self.

Another factor which makes Kil Dil a must watch is that Kill Dil brings Govinda back to the silver screen. This time the hilarious Govinda is seen in a completely different avatar. He will be playing a negative role in Kill Dil. With Kill Dil he will be making his grand comeback to Bollywood.

Previously, he made small appearances in some movies, but Kill Dil is his big break. He will be seen as Bhaiyaji in Kill Dil with his â€˜chotusâ€™ (followers) Ranveer Singh and Ali Zafar. Govindaâ€™s last performance was in a movie Holiday: A soldier is never off duty which was made by Akshay Kumar. The movie Hero No 1 ruled Bollywood in the era of 90s, but apparently he enjoyed playing a shady negative character in Kill Dill.

The title track of Kill Dil is a visual treat. All the characters appear to be immature killers who go crazy dancing. The title song Kill Dil is sung by Sonu Nigam and Shankar Mahadevan. Watch it if you want to go through the world of the unconquerable characters; Dev, Tutu and Bhaiyaji.

Looking at the trailer, it seems that Kill Dil might be an unpredictable thriller movie with not only action and influential scenes but new, refreshing and likable dialogues too. It appears that directorial venture of Shaad Ali, has a lot more to offer.

Gullu Butt makes way to Oxford as Gulluism
Na Maloom Afraad Expected to Excel Critically as a copy of Phir Hera Pheri of India ..
To Top