The recent Kartarpur inauguration comes as a result of Pakistan’s peace reviving strategy in the region. While India under extremist Modi’s rule has gradually lost its credibility, Pakistan’s mature actions, on the other hand, are being sung by the world. Well, Imran Khan’s friendly bond with Sidhu doesn’t need any introduction, this video from the Karatarpur inauguration day speaks for itself.

PM Imran Khan in ‘worry’ after Sidhu couldn’t show up on time for the Kartarpur inauguration!

Apparently, Pakistani Prime Minister Imran Khan holds a close connection with India’s Navjot Singh Sidhu since the cricketing days. Last week, on Guru Nanak’s 550th birth anniversary, Pakistan opened the Kartarpur Corridor for the world Sikh community. While going for the event, PM Imran Khan in a shuttle going towards the Kartarpur inauguration ceremony worriedly asked about Sidhu after he got late in crossing the border.

Soon after Imran Khan’s tensed video went viral on the internet, this Indian journalist also tweeted about it!

Apparently, it’s extremely rare to see the Prime Minister of any country waiting for his friend while on the Kartarpur shuttle. The heart-pounding moments for Imran Khan were clearly evident in his tensed expressions. When it got a bit late and Sidhu still didn’t show up, PM Imran Khan said, “Acha wo hamara Sidhu kahan hai?”

As it is a famous saying that true friends never apart, the relation PM Khan shares with Sidhu is legendary. However, after showcasing his esteemed brotherhood with Navjot Singh Sidhu, the Premier added, “Main keh raha hun hamara Sidhu.” Eventually, the pure intention of Khan stirred a laughing riot among the fellow passengers. 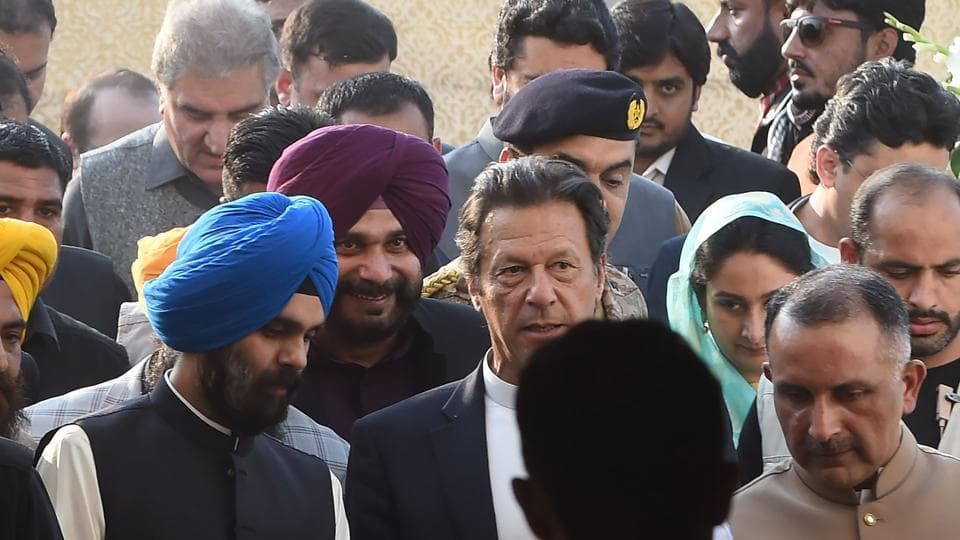 Moreover, not only PM Imran Khan asked about his friend Sidhu but other Indian officials who were expected to attend the event. Further, he even asked about the former Indian PM Manmohan Singh whether he arrived or not. For the opening of the historic Kartarpur Corridor, Bollywood actor Sunny Deol also took part in the inauguration ceremony.

Since the Pakistan Tehreek e Insaf took charge of Pakistan, PM Khan’s peace intentions were clear. Reportedly, on the opening of Kartarpur, along with other countries, the United States (US) also praised Pakistan’s efforts. While India was busy doing unjustice with the Babri Masjid verdict, Pakistan stuck to its peace progress initiative.