Jordan, Following Pakistan, Ends Moratorium, and Hangs 7 Convicts. Is Pakistan Emerging as a Trend Setter for Most Cruel Form of Punishment? 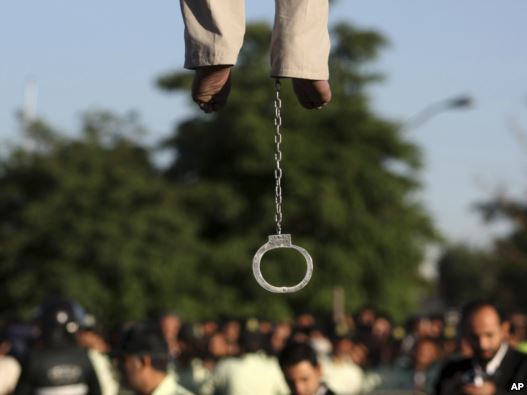 Human rights groups took Jordan to task on Sunday as the country ended an eight-year moratorium on the death penalty by hanging 11 men convicted of murder.

Jordan, following the footsteps of fellow Muslim country Pakistan, ended an eight-year moratorium on the death penalty by hanging 11 men who were convicted of murder. Since the morbid Peshawar massacre in which the Taliban killed 141 people, Pakistan ended moratorium to hang the convicted Taliban prisoners and to teach the Taliban a lesson. Pakistan is considered to have set a trend encouraging other countries to lift the ban on the death penalty. Jordan ended the moratorium to hang convicts who had no links with militancy or terrorism but had committed murder. The Human Rights organizations have become active criticizing Pakistan and, now Jordan, for their decision to end the moratorium and subsequent hangings. 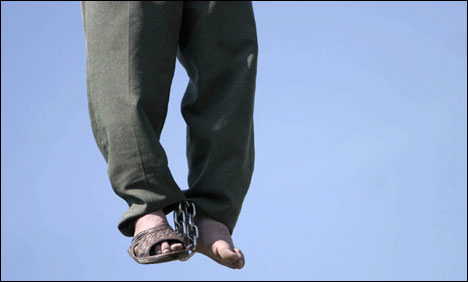 “The men were executed at dawn in a prison some 70 kilometers from the capital,” said Jordan’s Interior Ministry Spokesman Ziyad Zoobi.

Jordan’s government authorities said that the men executed were all Jordanians convicted of murder, without having committed any terrorism activities, in 2006. The men hanged were aged, most of them in their late 40’s.

“Some of the prisoners asked to have their final words passed on their families, others asked only to smoke a cigarette,” the source informed.

Jordan had not executed the convicts since 2006, and since then, as many as 122 people had been sentenced to death that remained protected under the 8-year long moratorium. A few months ago, Interior Minister of Jordan Hussein Majali gave a hint that moratorium might end. He said that the major debate had been going on in Jordan on the death penalty and the public opinion had swayed in favor of the death penalty during the past few years. The Jordanians increasingly believed that the rise in crime has been due to the moratorium on the death penalty that encouraged the criminals to participate more in crime. 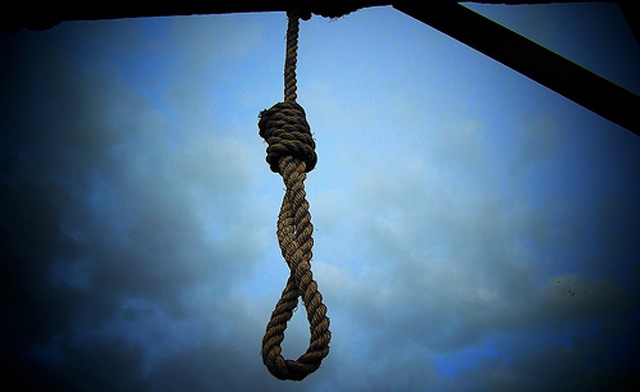 “The authorities have been confronted in recent years with a wave of violence, criminality and murders and want to meet the challenge by opting for deterrence and the renewed application of the death penalty,” said Oraib Rantawi, head of Amman’s al Quds Centre for Political Studies.

However, the Jordan, after Pakistan, has been much criticized by the Human Rights Organization across the world. They view that one country is encouraged by another when it comes to the revival of the cruelest form of punishment. Pakistan had been under the severe criticism of local and international human rights organizations when it ended the moratorium and hanged two terrorists. Now, after a few days, Jordan violated the principles of human rights by declaring capital punishment legal.

Assem Rababa, the head of Jordan’s Adallah (Justice) rights group, said the authorities want to cover their failure for not eliminating the root causes of crime by declaring the death penalty to convicts.

London’s ambassador to Amman, Peter Millett, Britain believes the use of the death penalty “undermines human dignity, that there is no conclusive evidence that it has any value as a deterrent, and that any miscarriage of justice is irreversible and irreparable”.

Now, Jordan and Pakistan have joined Saudi Arabia to become the countries in the Middle East to declare the death penalty for serious crimes. While the countries draw support by following each other to impose the death penalty, it can be said that this trend may encourage other countries in the region. The real trendsetter, Pakistan, was much appreciated by the western political organizations because the Taliban had been waging war against it and it looked pertinent to deter and demolish them by ending the moratorium. But, Jordan’s case shows the death penalty is still considered the best deterrent to ending violence and crime even though not spurred by terrorism.

[18+ VIDEO] Peshawar Footage from Inside the School!
Last Words of Terrorists Dr Usman and Arshad Before Execution!
To Top