Jemima Khan, known in Pakistan mainly as the ex-wife of PTI chairman and Pakistan cricket team legend Imran Khan, was all over the news today because of her Halloween costume at UNICEF Costume Ball. Yes, you read that right!

Jemima, who actively participates in bringing the world to a better place, dressed up as the US presidential elections candidate, Donald Trump’s wife MelaniaTrump. 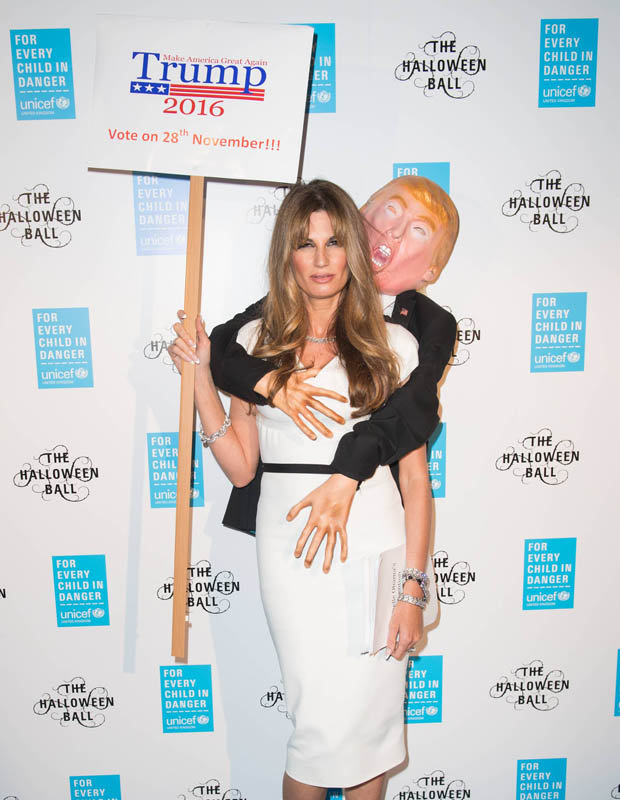 For those who haven’t seen Melania Trump, here how she looks: 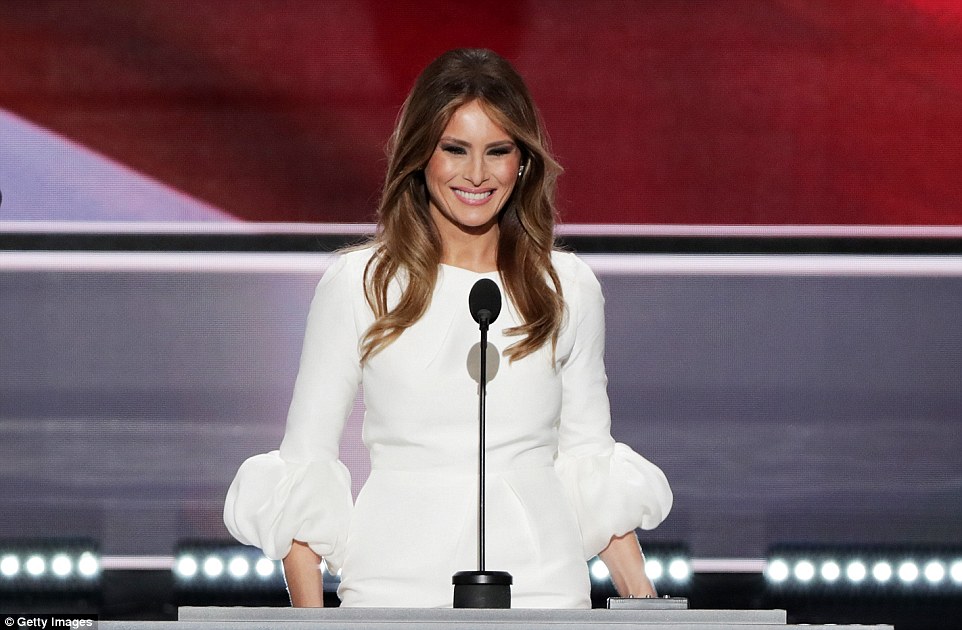 Her expressions = spot on.

And her attempt to give out a message = absolutely on spot!

Few days back, the presidential candidate’s 2005 “locker-room” conversation was leaked. Donald Trump was bragging about the sexual assault he had done on the television show representative, Nancy O’Dell. In his tape, he said in a very inappropriate and mocking manner, “Grab them [women] by their p***y.”

Trump’s leaked tape enraged women and men around the world, giving him a message that it is #NotOkay to sexually assault women. Jemima Khan played her share by sending out a message in one of the best possible ways.

blown away by Jemima Khan's halloween costume as Melania Trump – she looks *exactly* like her! pic.twitter.com/RCj8xinRvy

This @Jemima_Khan creation is utterly brilliant, aside from the larger-than-life Trump hands. pic.twitter.com/rbo4FrTZ7X

We may as well just go to bed early on Halloween because nobody's gonna top Jemima Khan's 'groped by Trump' costume pic.twitter.com/CJl4YFZKHy

Kudos to Jemima for pulling this off. Our love for Jemima is even more now!

Previously, this is how she dressed up for Halloween parties: 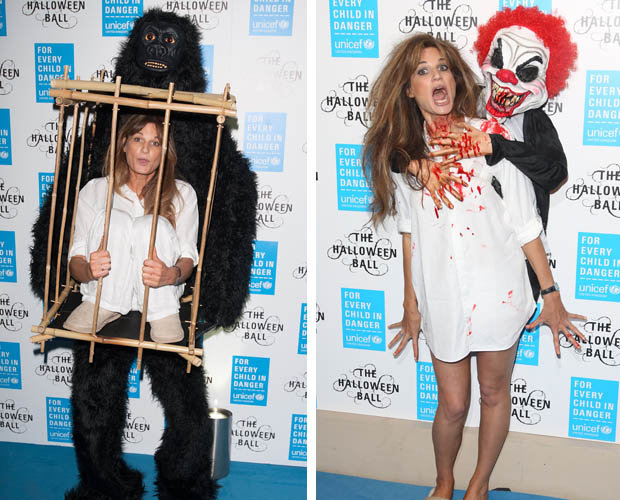