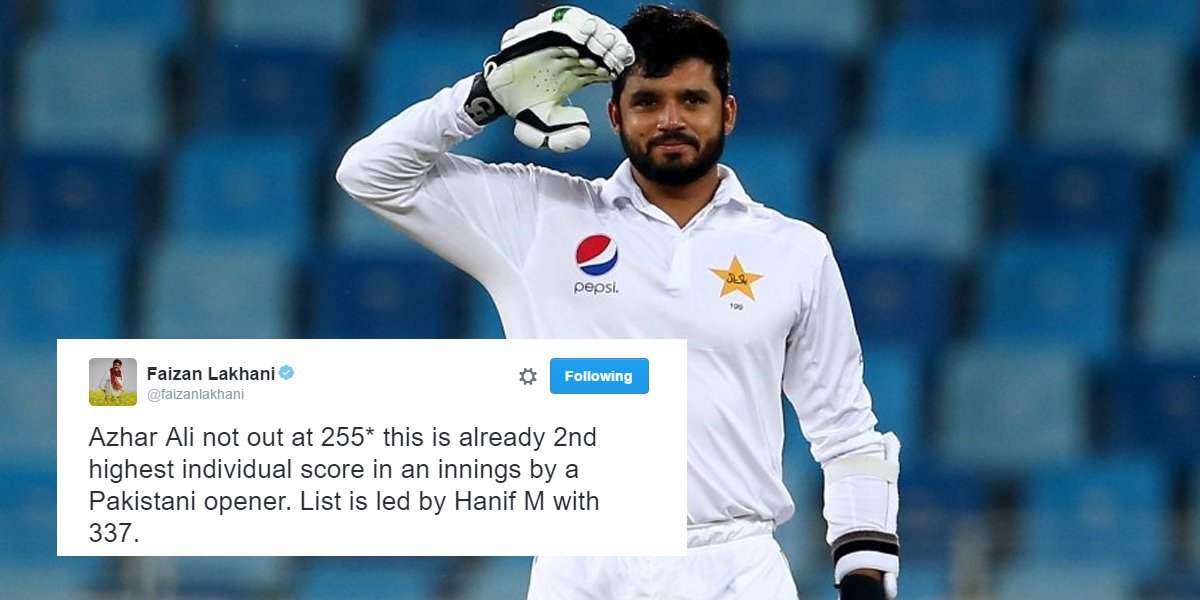 Day by day, Pakistan Cricket team is not just improving their game, but are showing the dedication to achieve something.

After Pakistan cricket team was ranked as the top international test cricket team few months back, boys have been in perfect shape and keep trying to prove how they are worthy of this title. 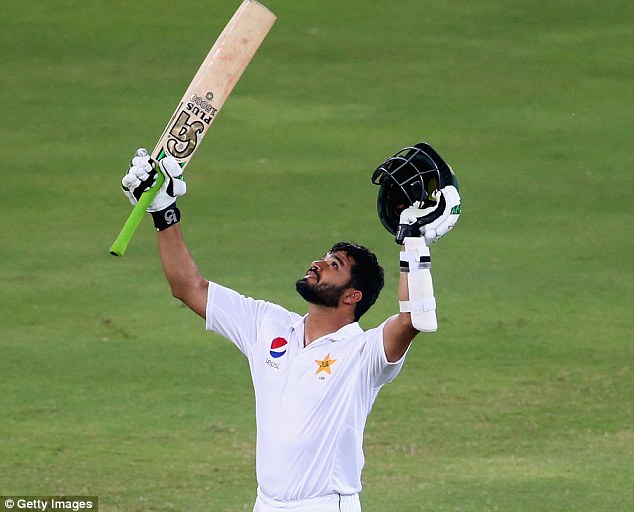 In the a test series against West Indies, all eyes are on Azhar Ali who is not out after scoring 272 runs. Helping the team reach the total score of 530 on 3 wickets, we are all hoping to see a triple century by Azhar Ali.

Here’s how Twitter reacted to his record breaking double century!

Azhar Ali not out at 255* this is already 2nd highest individual score in an innings by a Pakistani opener. List is led by Hanif M with 337.

Even Our Cricketers Couldn’t Keep The Happiness To Themselves

Gem of an innings by Azhar!! Well played 👍🏽

Another Misbah In The Making?!

Wasim Bhai Making It Hard For Haters To Hide

Some People Took It A Lil Too Far Tho

Azhar Ali 401 needed. Need to show the world Brian Lara was a fraud. Only living cz of his 400*

Azhar’s innings is the first score of more than 250 for Pakistan in Tests since Younis Khan’s 313 vs Sri Lanka in Feb 2009.

Update: He has now crossed his triple century and joined the league of the likes of Brian Lara, Hanif Muhammad and Sanath Jayasurya. This is the first 300 by a Pakistani in 7 years!

This tweep figured out the secret of his performance