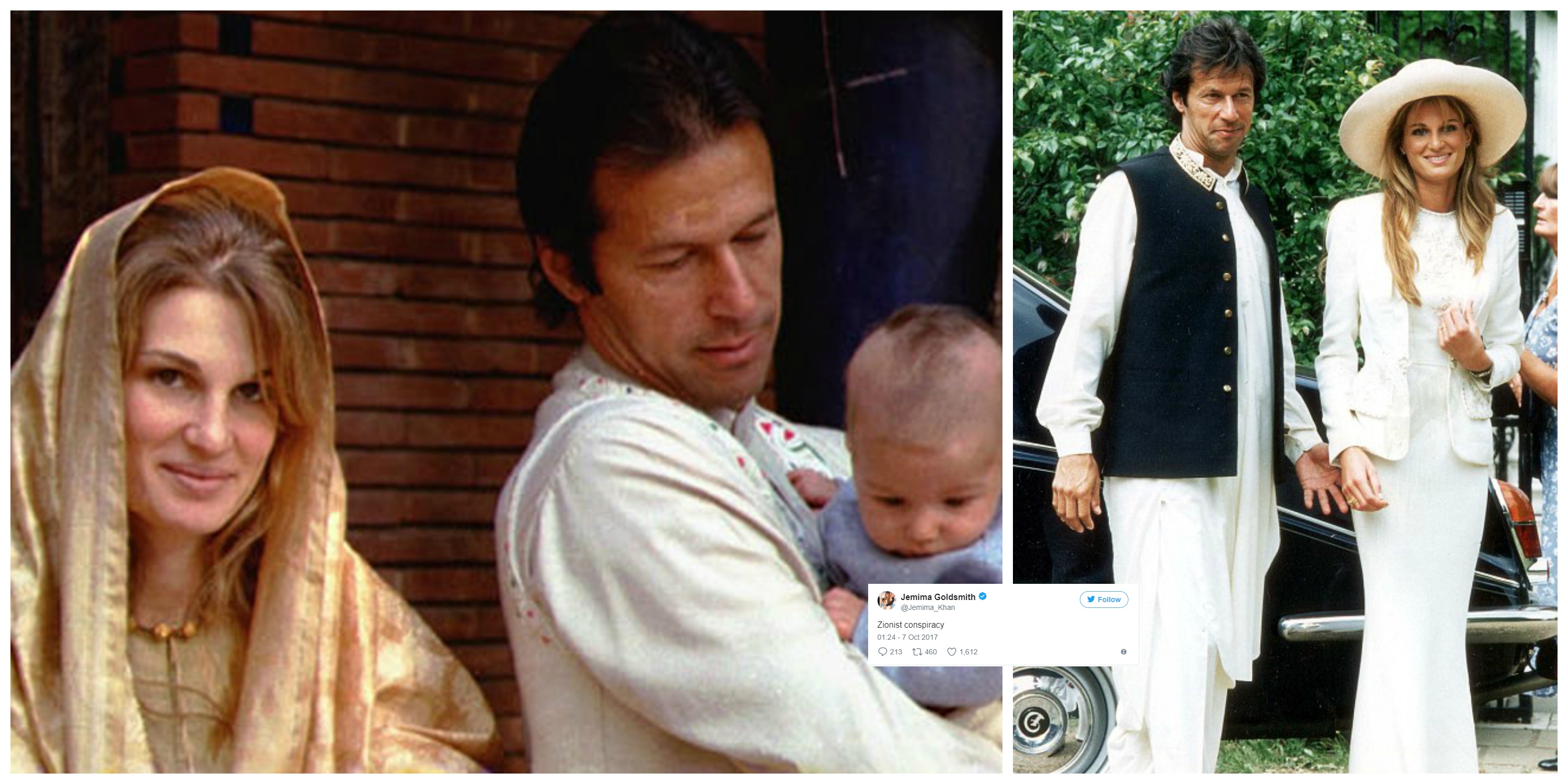 Jemima Khan and Imran Khan got married quietly in a wedding ceremony in London. Almost immediately Jemima got attacked from the west for converting to Islam while Imran was deemed to bring a Jewish lobby back home in Pakistan. Ironically, Jemima has always been a supporter of Palestine and although her father was Jewish, she was raised as a Christian Catholic. She has reminded us time and again with her intelligent statements that she is a smart woman and also how deeply she respects her ex-husband, Imran Khan. Though Imran Khan married Reham Khan and later got separated, people still idealize Jemima and Imran Khan as a couple.

On Imran Khan’s birthday, a lot of people wished his well, including his party worker, however, an unexpected wish also surfaced on Twitter.

Imran Khan’s ex-brother in law took to Twitter to wish him and show his support:

As soon as he tweeted this, Jemima fired back with a response no one would have ever expected:

Some Got Really Emotional…

Please appreciate that a large majority of Pakistanis do not think like that. Though you're separated but they still love and respect you

I know it still hurts for what our nation did with u but believe us thats not even 5% of it. Hope u can forget n forgive us. Stay blessed

Just thinking who taught Ben GoldSmith to write Insha'Allah with this accuracy?

Well, well, well… Whatever people might say… they way Jemima has always stood by Imran Khan is just incredible! Do you agree with us? Comment below.