Beaconhouse Issues a Notice in an Attempt to Silence Enraged Twitterati 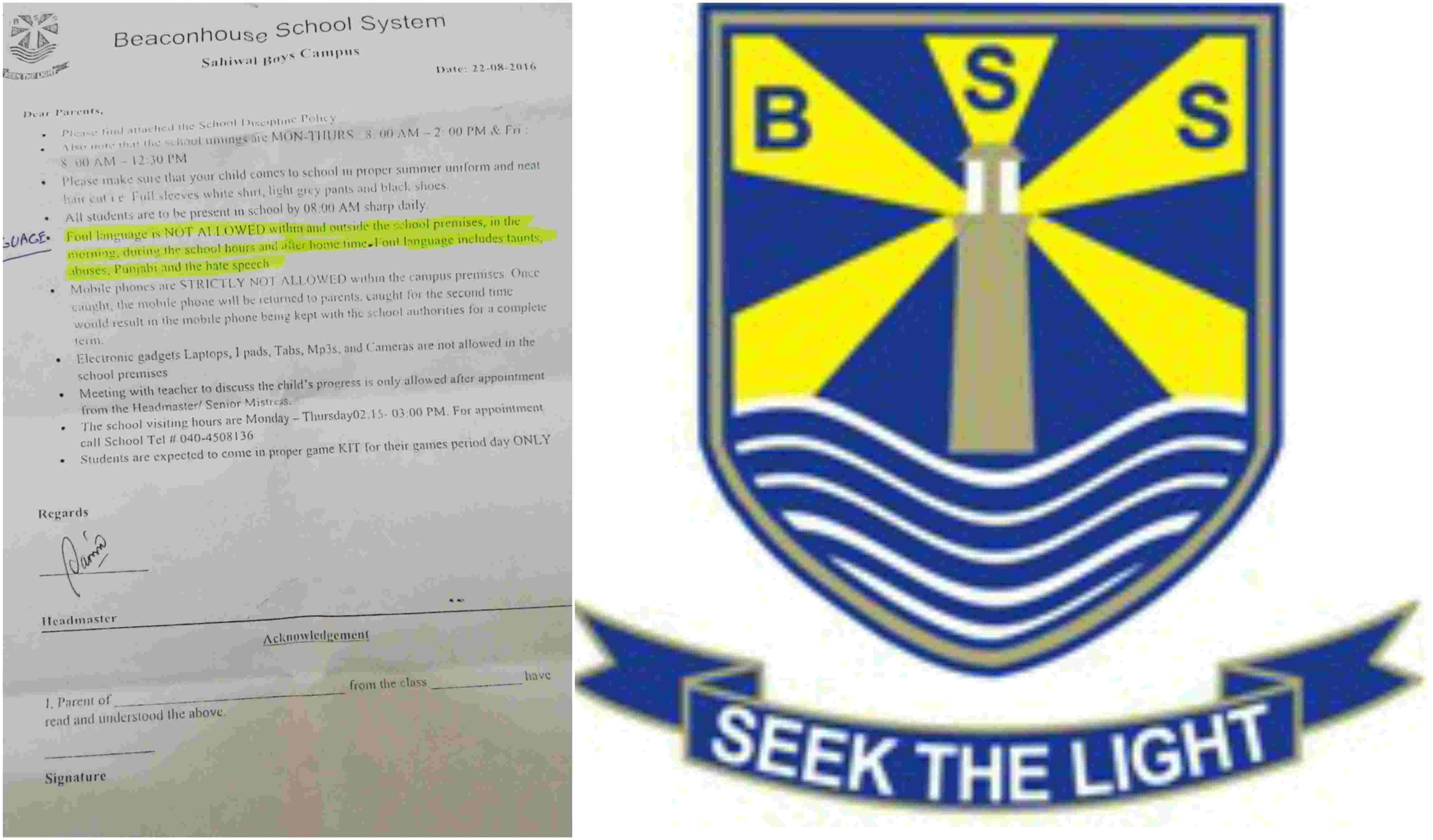 A couple of days ago, all hate and anger was directed towards a private school that happened to pass disciplinary circulars among its students.

Beaconhouse School System was subject to a lot of anger, especially from people among Punjab because of a controversial text that one of its circular contained. Here is the image of that circular: 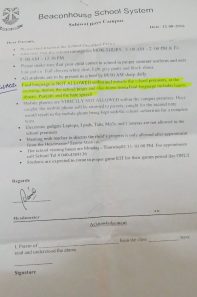 “Foul language is not allowed within and outside the school premises in the morning, during school hours, and after home time. Foul language includes taunts, abuses, PUNJABI, and the hate speech.”

For a skim reading eye, the last sentence surely sounds as if Punjabi, a language spoken by 44% of the nation, is being criticized as a foul language. Due to which Twitter went completely berserk without giving a second thought to it.

*Ban Punjabi* or *Punjabi is a foul language* is actually defamation.
It's a beautiful language with a vast history.
Shame on Beaconhouse!

I understand the outrage against beaconhouse , however Punjabis are responsible for this attitude towards their language.

Punjabi is Such a Sweet Language
Shame on BeaconHouse#ActAgainstBeaconhouse

Today I am ashmed of giving a service of decade to Beaconhouse School System. #ActagainstBeaconhouse

Beaconhouse School System was quick to respond to this growing propaganda, and this is what they answered with:

“Beaconhouse is outraged at reports on social media suggesting that it has banned Punjabi at its schools. This is clearly an attempt to malign our name either by certain competitors or by others with vested interests that we are not aware of.

We are NOT going to disown the circular that has been shared on social media, but we need to STRONGLY clarify (which anyone who reads English can easily understand from context) that our School Head in Sahiwal was referring to a ban on profanity and cursing in Punjabi, which was apparently an issue with a few older students at his school. In the said circular, he wrote: “Foul language is NOT ALLOWED within and outside the school premises, in the morning, during the school hours and after home time. Foul language includes taunts, abuses, Punjabi [curses] and the hate speech.” His attempt to be “diplomatic” and “delicate” by avoiding the word “curses” (or swearing) has badly backfired. Social media vigilantes need to consider that if he meant that students should not speak Punjabi at school, how could he possibly have banned its use after home time? And would a Punjabi Head possibly classify his mother language as “Foul”?

Beaconhouse is deeply respectful of our national language Urdu and of all regional languages. It is pertinent to mention that over half of our students and staff are from the Punjab. It is all the more reprehensible, therefore, that social media vigilantes should suggest that our Sahiwal Head was actually referring to the highly expressive and lyrical Punjabi tongue as a “foul language” when it is perfectly clear that it is a misconstruction of English expression on his part and/or a failed attempt to be overly diplomatic.

Considering the reasons Beaconhouse gave, it seems Twitter over reacted without a second thought. Even Facebook was not sensible enough as various pages shared the image of that circular without properly guessing what the actual motive of the text could have been.

We urge everyone to not jump onto every piece of sparkling object lying ahead, for it can be a piece of glass rather than a gem.

[QUIZ] – What Is Your True Zodiac Sign?
Jemima Khan “Groped” By Donald Trump Is The Perfect Message That Needed To Be Sent
To Top