Two days ago a story trended that caught our eyes. It was déjà vu because a similar event happened but, in a different time and place, and with different people.

An Indian photographer went on honeymoon to Italy but he could not take his wife along because of a passport issue. Have you heard that story before? You have? But you can’t remember? Let us give you a hint: 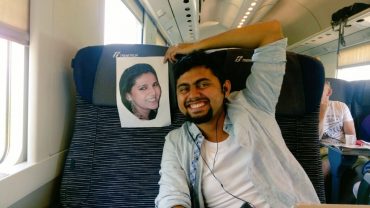 A few weeks back, a Pakistani couple planned to leave for their honeymoon to Greece. However, fate had different plans as Huma Mobin’s husband was not granted a visa by authorities. The trip and its tickets had already been paid for by Huma’s husband and that is why he convinced her to go on without him.

What happened then quickly became viral on the internet as Huma posted several pictures of her with opened arms, portraying she misses her husband. We later found out that the trend was originally started by Huma’s husband who went to Budapest without her and shared a similarly-posed picture with her. 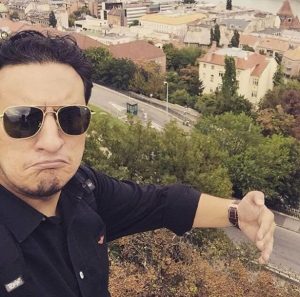 What happened in India can be taken as a carbon copy. After getting married in December, Mr. and Mrs. Faizan Patel had planned a two-week trip to Greece and Italy. However, just two days before their departure Sana, Faizan’s wife, experienced the worst nightmare for a traveler: she misplaced her passport.

Off to Florence. Sana applied for her visa application today at the VFS. Hoping she gets her visa from the embassy. pic.twitter.com/f1SmtoLPjW

Since the tickets had been bought and refunds were not available, Sana eventually convinced her husband to go on a trip anyway. Faizan later shared a picture of himself holding a picture of his wife in an adjacent seat, which was supposed to be hers.

This is how I am travelling with my wife as of now. @SushmaSwaraj @MEAIndia @MEAQuery pic.twitter.com/igeSwcfWkZ

@SushmaSwaraj @faizanpatel Madam what kind of man goes to honeymoon without his wife abandoning her for losing Passport.

Fortunately, all was not lost as Indian government immediately came to their rescue. According to sources, India’s Minister of External Affairs saw the picture, inquired about it, and took steps to make a duplicate passport for Sana. Now, the couple hopes that she receives her passport along with a travel visa in time before Faizan packs his bags for Florence, which would mark the end of their honeymoon.

Ask your wife to contact me. I will ensure that she is with you on the next seat. pic.twitter.com/sktnOMkg0a @faizanpatel

But thanks for copying us once again, India. We like how you look up to your daddy when it comes to learning something.

No matter if it happened in India or Pakistan, both couples showed great love for each other by sending their spouse to enjoy without their partner. It is quite strange to call this vacation as a honeymoon but, when you listen to their stories and the love that they have for each other, you cannot tell otherwise. Enjoy your vacation, Mr. and Mrs. Faizan!