Yahya narrated, Abd ar-Rahman ibn al-Aswad ibn Abdal-Yaghuth used to sit with us and he had a white beard and hair.One day he came to us and he had dyed them red, and the people said to him, ‘This is better.’ He said, ‘Aisha, the wife of the Prophet (saws) sent her slave girl Nukhayla to me yesterday. She informed me that Abu Bakr as-Siddiq used to dye his hair.’ – Al-Muwatta Hadith 51.8

Cleanliness and the way Muslims maintain their hygiene is given a lot of importance in the light of Islam. This also includes how Muslims look after their appearance as well. For both, Muslim men and women, it has been stated on numerous occasions how they should give their appearance and cleanliness importance.

Prophet Muhammad (SAWW)’s lifestyle is the way Muslims should maintain their affairs. The Prophet used to dye his hair and beard with henna/katam (plants used to dye hair).

“…And about the dyeing of hair with Henna; no doubt I saw the Messenger of Allah (saws) dyeing his hair with it and that is why I like to dye (my hair with it).” – Sahih Al-Bukhari Hadith 1.167 Narrated by Ubaid Ibn Juraij

“When the Prophet (saws) arrived (at Medina), there was not a single companion of the Prophet who had grey and black hair except Abu Bakr, and he dyed his hair with Hinna and Katam (i.e. plants used for dying hair).” – Sahih Al-Bukhari Hadith 5.257 Narrated by Anas (the servant of the Prophet) 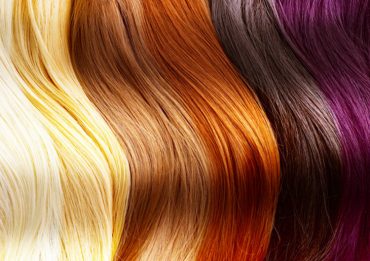 It is permissible in Islam to dye hair and beard. However, if Allah has blessed a man and a woman with old age, they must not dye their beard/hair with jet-black color, but rather choose colors such as dark red, brown or henna.

May Allah guide us all to the right path in life, Ameen.