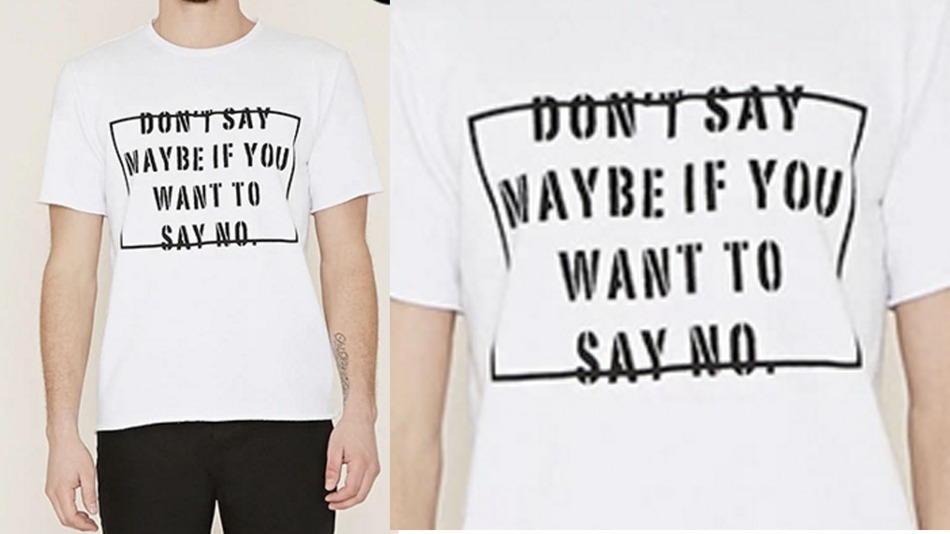 The famous clothing and accessories line, Forever 21 has sparked an online debate after they launched a controversial T-shirt. 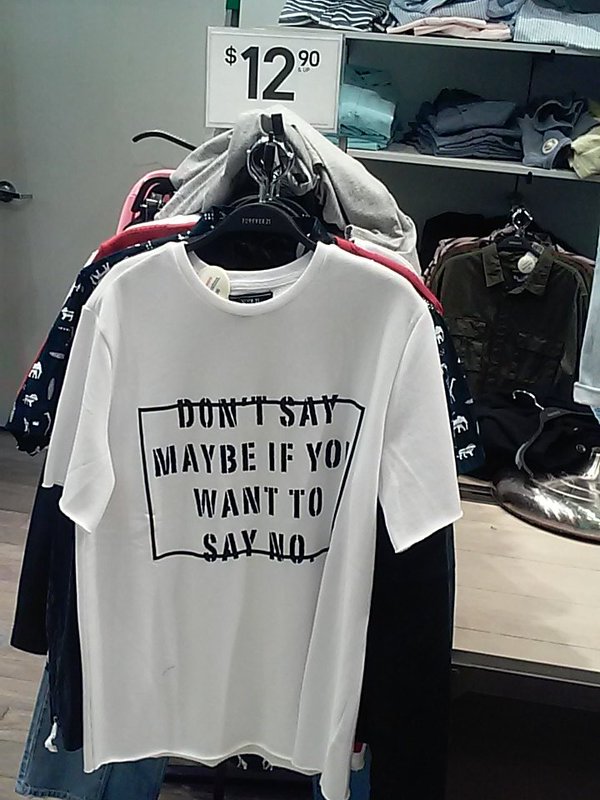 “Don’t Say Maybe If You Want To Say No”.

You’d think the T-shirt promotes a strong message for people who are sometimes “too nice” to say no. Like that one time your friend asked you to hang out with him/her but you were too polite to say no, so you said you’d let them know later.

But here’s the glitch. 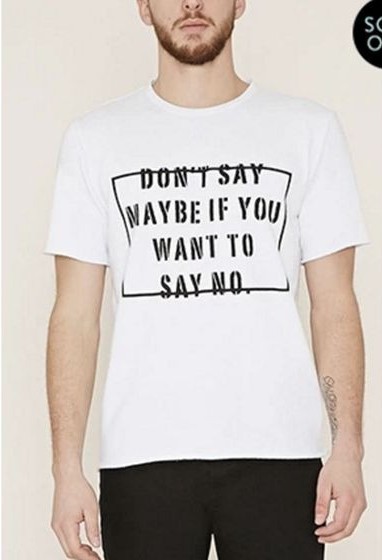 Not a unisex shirt, or a women’s shirt, but an exclusively men’s shirt.

People on social media lost no time in criticizing the T-shirt on the grounds that it promotes a “rape friendly” culture or mindset. The statement, according to many, seems to be implying that rape, or any other form of sexual harassment, is always backed up by a woman’s “maybe”.

And there. We’re back to the prevalent “rape is the victim’s fault” mindset that seems to be ingrained in not just the Pakistani minds, but in the minds of people globally.

The T-shirt condones non consensual encounters (sexual or otherwise), by hinting that a female’s ‘maybe’ is the equivalent of a ‘yes’, and that rape, of course, takes place when a female is too weak to put a foot down and say no.

This is what people had to say:

Forever 21 was quick to take the shirt down after the criticism flooded the internet, and were forced to make a public apology:

“Forever 21 strives to exemplify the highest ethical standards and takes feedback and product concerns very seriously. With regards to the T-shirt in question, upon receiving feedback from our customers, we took immediate action to have it removed from our website. We sincerely apologise to anyone who was offended by the product.”

While it may be that the brand didn’t intend to make such a sexist comment and/or deliberately promote rape culture, it was generally perceived in this manner by the masses, especially as the issue of rape is more pressing these days than ever.

The T-shirt also raises an important point: is there any criteria in place to avoid such discriminatory messages, whether they’re sexist or racist, to boost sales?

Many, however, seem to believe that the message on the T-shirt is entirely neutral, and depends wholly on how one interprets it.

Whatever may be the case, Forever 21 seems to have learnt their lesson; never mess with the public’s sentiments!

The shirts have now been removed from the market!

Also See: Here’s Why We Need To Talk About Rape!

Punjab Vs Balochistan – Which Province Gets More Benefit From CPEC?
Pakistani Teacher Aqeela Asifi Ranked Among Top Ten Teachers Of The World !
To Top