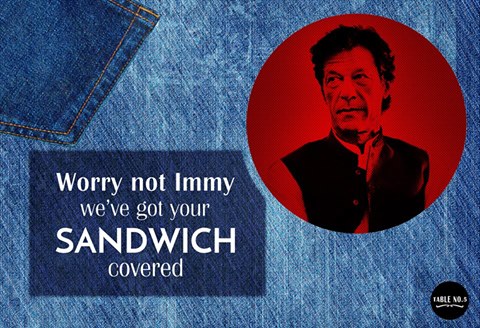 Just when you’d think we don’t need any more exhibitions of the inherently misogynistic mindset of our nation, Table No. 5 took it upon itself to show how utterly intolerant and biased our male dominated society is. With tag lines the likes of “If she doesn’t make you a sandwich, we will”, the restaurant epitomizes the stereotype of the ‘woman in the kitchen’ and uses that as a tactic to sell food. Not just that, but the purpose of the entire existence of women is, apparently, to please their male counterparts. And what better way to do that then food? 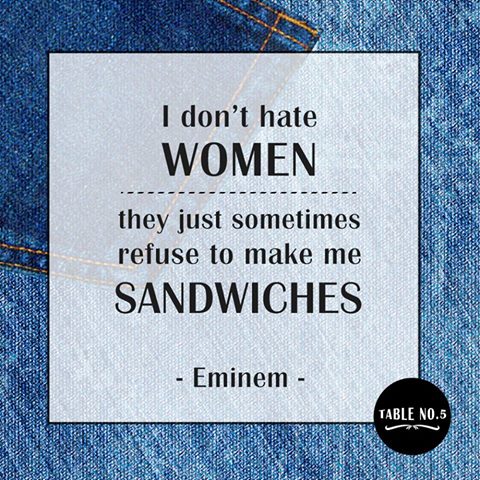 And this gets interesting; Table No. 5’s menu featured sandwiches that had been named after men who have been in the limelight for violence and/or crimes against women. ‘The Kris Browne’, named after singer Chris Brown who had allegedly beaten up his girlfriend, was one among many others. 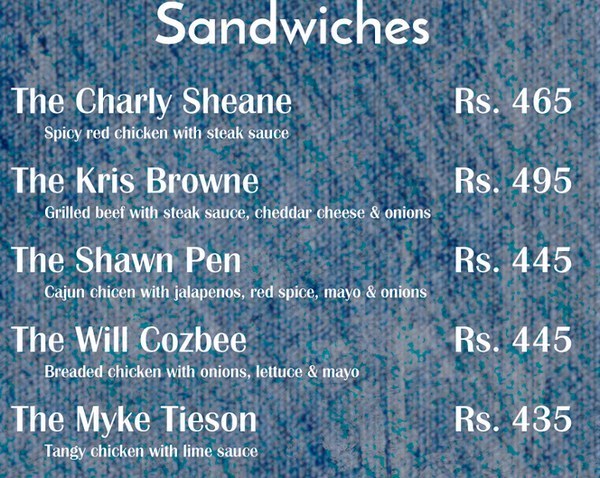 After becoming the target of considerable criticism by not just by the feminists on social media (because guess what, Table no. 5? Some men are actually sensitive to the issue as well), the restaurant went ahead to issue a public apology, or their best attempt at one, saying that humor was all they had intended, and that the names of the sandwiches would be changed on an “emergency basis”. Yes, humor. One wouldn’t exactly die laughing if one were served a sandwich named after an alleged rapist, but of course, light headed jokes were all they had meant to make. They admitted we had won “round one”, showing how we’ll be graced with quite a lot of these lighthearted jokes in the future.

And of course, while we’re making fun of women and downplaying their existence in the world, let’s also crack a joke on someone’s personal life and use that as a way to boost our sales!

Let’s not even marvel at the irony that the owner is a female.

The problem isn’t that women can’t ‘appreciate a good joke’ as many seem to have put it on social media; the problem isn’t that because feminism is the ‘new cool’, you see women criticizing Table no. 5’s marketing campaign; the ailment is deep-rooted and longstanding. It is the false notion of superiority, lack of empathy and respect for the female gender, and the acceptance of all of that as a given, by our society.

Table no. 5 is merely a manifestation; misogyny governs our nation, not just their marketing campaign.

7 Things That Happen When The Semester Is Drawing To An End
10 Things Karachi Walay Go through During Winter !
To Top