Careem Was Not On Tinder - Or Was It? People Have Been Left Confused This Valentine's Day! 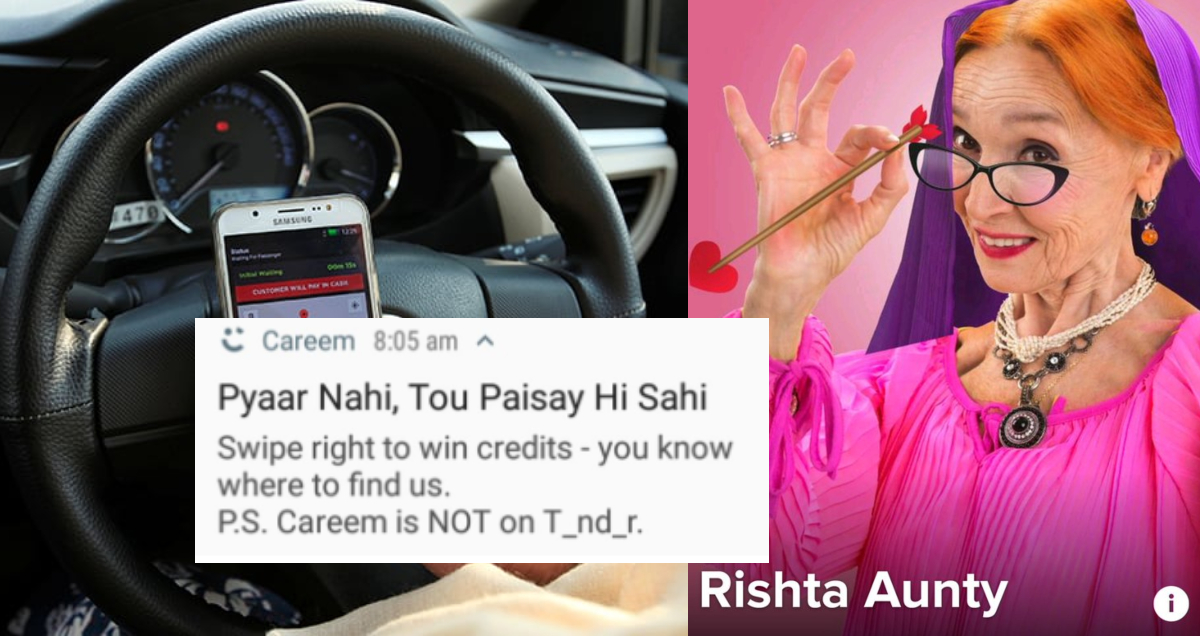 You might remember, some time ago, Careem started sending out ‘Rishta Aunty’ messages to its customers, which confused the living lights of a lot of people. Everyone took to social media and let their opinions heard on the text they kept getting from Careem. 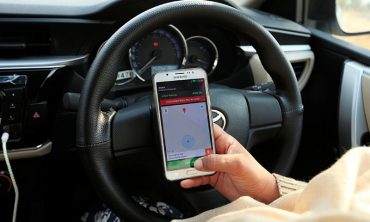 People loved the little charade played by Careem, targeting the market that backs ‘halal dating’ – replacing it with the Rishta Aunty instead. Now, something similar has happened again.

Pakistanis are super confused as to what Careem is up to now, since this morning, on the day of love and emotions, 14th February urf Valentine’s Day, people have started receiving a new message, which hints that the Rishta Aunty might be back in action! 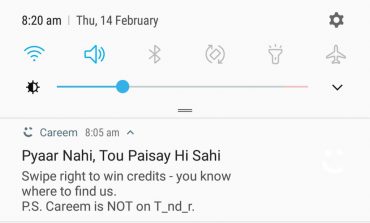 The recent text says: “Pyaar nahi toh paisay hi sahi, swipe right to win credits – you know where to find us. P.s – we’re not on T_nd_r” – now this particular text has confused everyone as to whether Careem is on Tinder or not.

Is the Rishta Aunty actually on Tinder right now? Giving free Careem traveling credits to people who match with her? Or is Careem trying to fools us? THIS IS SO CONFUSING!!

Well, ever since the messages have started rolling in, this is how people are reacting!

This was the message that started to appear on phones at 8:00 am

Coincidently enough, there was a Rishta Aunty on Tinder!

I swear to god I better get some decent matches on Tinder this Valentine's Day or its over.

Some have been suggesting that this is the real face of Careem’s Rishta Aunty… now we don’t know, if we should look her up on Tinder for free credits or not… (Listen to zameer? or try and become ameer?) CONFUSION, again!

Careem, however, took full advantage of the confusion and started helping Twitter users share credits with their crushes/loved ones! Bomb move, Careem!

The best was Careem throwing a little shade on Haya Day as well! Wahhhh

Especially your sisters on this auspicious day. ? https://t.co/aA92ktICSY

And then came the moment people started receiving thousands worth free Careem credit!

Y'all i nominated @ShamilahR to get free @CareemPAK credit and i was rewarded some too! VALENTINES DAY SORTED FOR SUREEE ?♥️? pic.twitter.com/upX0707VzN

The fun didn’t stop here, Careem took full advantage of the situation and trolled a rogue Indian, along with showing the competition who is boss!

So… after Careem successfully trolled half the internet, and still have us confused over the role of Rishta Aunty, it is safe to say that Valentine’s Day was a huge hit for the brand and its customers – as for all the single people who missed out on the offer… “APNA TIME AYEGA!”

We Finally Found Out What Shoaib Akhtar Was Talking About And OMG, This Seems Exciting!
‘YouTube Pulse Pakistan 2019 ‘ Revealed Some Eye-Opening Insights About YouTube And We’re Absolutely Stunned!
To Top