Ramzan transmissions are the new cool in this country these days. It can’t be said if it is a good thing or a bad seeing the amount of ridiculous and bizarre things people do on live TV just to win some stuff. This article is based on one of the giants of these shows, Aamir Liaquat who has been exposed by a common man who participated in his show.

Aamir Liaquat is known for giving away huge prizes on his show to people who answer questions or complete his tasks. The prizes vary from Firdaus ki lawn to bikes to cars and even airplanes now on his show on BOL TV. But does this even happen? Does he really give out prizes like that for answering a simple question? One man named Ahmed Noor begs to differ. 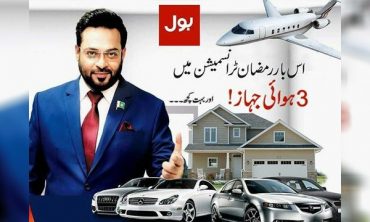 Ahmed Noor participated in Aamir Liaquat’s Ramzan/game show and answered a question which he got right. Aamir bhai announced a prize of Rs. 35,000 for him. But things took a turn when Ahmed Noor asked the staff and they gave him a card having a picture of “water cooler” on it and asked him to get it from the office. Dejected and disappointed Ahmed Noor posted a video of the incident on Facebook where he has exposed what exactly happens in this show. Apparently, he wasn’t offered any money but a water cooler. 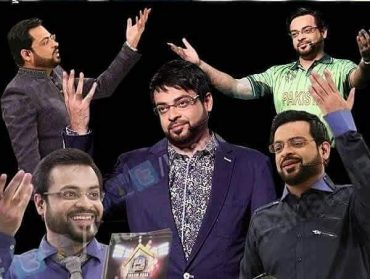 The video can be seen here

And this is not the only case of fraud Aamir Liaquat has been into. A guy posted a screenshot of an eight thousand rupees worth hamper which definitely wasn’t worth it.

So if this is true, Aamir bhai, we are are really disappointed you know. And surprisingly it is the perfect time for him to say “Kaisa diya”?

The Rift In The Gulf
“These Three Men Are Justifying Their Actions By Using The Faith That I Belong To.” – The Mayor Of London Speaks!
To Top