This article was originally submitted by Amber Zaib

Benazir Bhutto, a name of immense glory and plight side by side. Two times seated the most privileged position of Pakistan; the Prime Minister of this country, the first lady of the Muslim World to garner this privilege, left her luxurious life in London and packed her way back to her Motherland.

Although turbulence came her way, she was defiant because she felt the pain of the common men of her country. However, unfortunately, she was destined for a horrific and hideous assassination. In October 2007, she decided to come back and continue her struggle for the populace of Pakistan.

10th of October 2007 marks the day when she landed in the land of her heart, Pakistan. The country that gave her very bitter memories. But despite the bitterness, it still was the country of her heart. Donning green and white dress, depicting her love; for the flag and in general for the country, she cried and raised her hands up towards the sky; to show her gratitude to Allah for making her see a day when she was back among her own people. 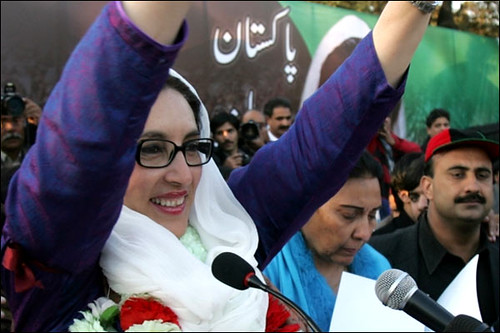 The supporters of PPP were so fueled up to receive their leader.

There was a sea of people on her way back from the airport to her abode. She had been told about the precarious security situation for her in Pakistan but she was persistent on coming back. Her supporters were all along with her and the cavalcade took so long to proceed. But just as the procession proceeded, two bombs went off; turning a welcome procession into the plight groaning and mourning of the supporters of PPP.

Killing more than 300 supporters of Benazir, this welcome became the altar for the deceased. The day faced a very gloomy end. She had come back in a bid to regain the power in the upfront election. After spending some two and a half months in meetings and other staff, on 27 December 2007, she proceeded to the place of her assassination; a place which witnessed her last sighs and breaths. 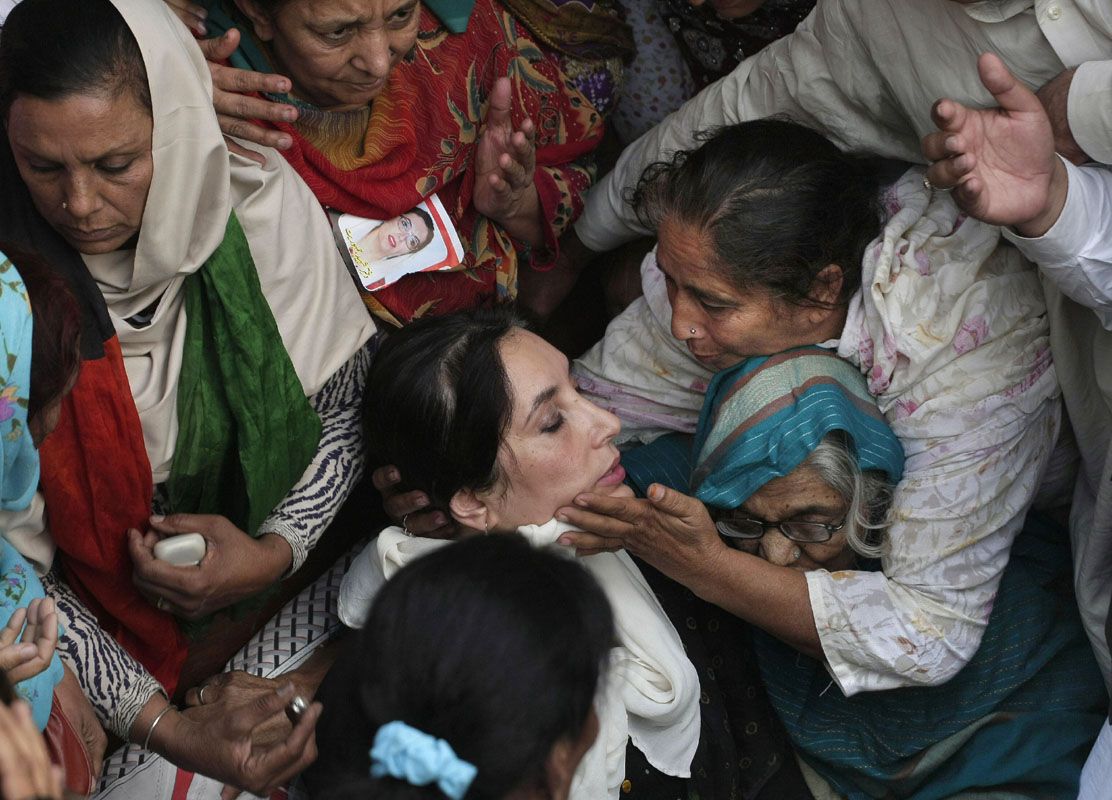 An unblest ground that had already gotten its land red by the pious blood of the first Prime Minister of Pakistan; Liaquat Ali Khan, once again was on the lookout for another dreadful incident and killing. She was very thrilled to see her people in Rawalpindi after ample days of deprivation and banishment from her people.

Also Read: What Happened to PPP After Benazir Bhuttos Death?

Delighted, Benazir marked her way back towards her vehicle after addressing the huge procession in Rawalpindi. As she got inside the car, she could not resist but to come out of the roof hatch of the vehicle to answer the love of her supporters, but to her dismay, she was shot by a teenage boy followed by a bomb blast.

Alas, a speck of light destined to sheer darkness. The hope people had got shattered into pieces as they mourned and let out sighs of woefulness for the Bibi of the people of Pakistan had been assassinated.

COVID-19 Conspiracies: All The Way From Bill Gates To 5G
A COVID-19 Hero – Pakistani Doctor Promotes Acts Of Charity!
To Top