Why Prostitution Needs To Go Legit in India - Parhlo 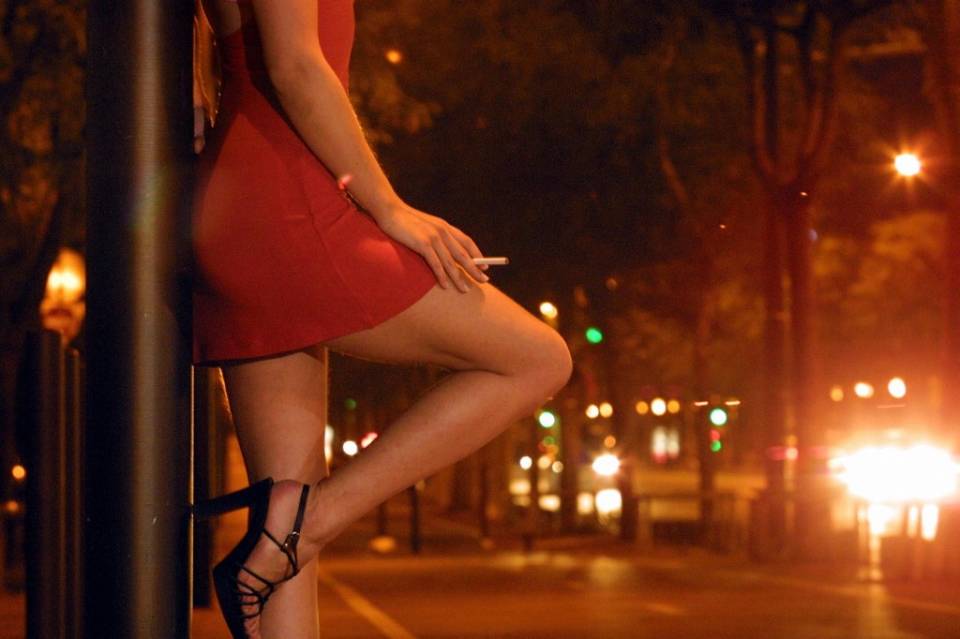 Megasthenes, the Greek ambassador to the court of Emperor Chandragupta Maurya, who ruled most of the Indian subcontinent from 322 BCE to 298 BCE, writes in his memoirs that among the hierarchy of officials managing key departments such as customs, frontiers, passports, communications, excise, navigation and the mint, the Mauryan Empire also had a Superintendent of Prostitution.

â€œThe Superintendent of Prostitution looked after public women, controlled their charges and expenditures, appropriated their earnings for two days of each month, and kept two of them in the royal palace for entertainment and intelligence service,â€ he writes in the Indica.

Sailendra Nath Sen writes in Ancient Indian History and Civilisation (1999): â€œCourtesans or prostitutes (in the Mauryan Empire) enjoyed a social status not accorded to them anywhere in the world.â€

The legalisation â€” and acceptance â€” of prostitution took place when Indian civilisation was experiencing great enlightenment. American historian Will Durant writes in The Story of Civilisation (1935) that the Mauryan Empire was â€œprobably the most efficient that India has ever hadâ€.

English historian EB Havell writes in Ancient and Medieval Architecture of India (1915): â€œPataliputra (the capital of the Mauryas) in the fourth century BCE seems to have been a thoroughly well-organised city, and administered according to the best principles of social science.â€ The Oxford History of India says: â€œAkbar, greatest of the Moguls, had nothing like it, and it may be doubted if any of the ancient Greek cities were better organised.â€

What about the people? Were the Indians of 2,300 years ago depraved or immoral? Arrian, the Greek historian of Alexanderâ€™s campaigns, describes Indians as â€œremarkable for integrity, so reasonable as seldom to have recourse to lawsuits, and so honest as to require neither locks to their doors nor writings to bind their agreements; they are in the highest degree truthfulâ€.

The Mauryan Empire wasnâ€™t an exception in treating prostitutes as an integral part of society. Abdur Razzak, the Persian ambassador to the prosperous kingdom of Vijayanagar, wrote in 1443: â€œProstitution was permitted, regulated, and turned into royal revenue.â€

French Catholic missionary Abbe Dubois, who was extremely critical of Hinduism, writes in Hindu Manners, Customs and Ceremonies (1816) that despite the ancient custom of temple prostitutes in southern India, â€œsexual propriety was exceptionally highâ€ among Hindus. â€œIt must be admitted that the laws of etiquette and social politeness are much more clearly laid down, and much better observed by all classes of Hindus, even by the lowest, than they are by people of corresponding social position in Europeâ€¦ A Hindu woman might go anywhere in public without fear of molestation or insult.â€

You get the picture: in ancient India, prostitutes werenâ€™t persecuted.

It is quite appropriate that prostitution is known as the worldâ€™s â€œoldest professionâ€. Sex was probably the first commodity to be traded. Prostitutes are still around because most men are constantly thinking about sex (an Ohio State University study conducted earlier this year says the average man thinks about it 19 times a day) while most women are not prepared to jump into bed so randomly or so often.

The problems associated with prostitution such as crime, pimping and violence happen when it is driven underground by law and a puritanical society. Examples of such countries are the US, India and communist nations.

In India, prostitution is not illegal per se. A womanâ€™s right to ownership of her body is recognised by the Suppression of Immoral Traffic Act; sexual activity in private in exchange for money between two consenting adults is allowed.

But in practice, the life of a sex worker is a 24/7 high-wire act where one wrong move can bring her world crashing down. A prostitute cannot solicit in a public place. Brothels â€” which can provide protection from violence â€” are banned. The grey area in the law means the police can blackmail women at will.

Ambiguity in the law translates into free money for the police. Often it is not the prostitute that is their target but the client, especially if he is rich and reputable. Clients can be shaken down for amounts that are at the discretion of the Station House Officer.

The high-profile arrest of National Award-winning actress Shweta Basu Prasad and her businessman client in an upscale Hyderabad hotel is a fine example of the police stepping into an area where they do not belong.

B-movie starlets occasionally take to prostitution when they canâ€™t find enough acting work. There are just too many young and attractive girls in tinsel town; not everyone gets a break. Some take to prostitution after giving up their acting careers to keep up their affluent lifestyles, while others do it in order to get through their struggling days.

Prostitutes have short working lives, and are rarely in demand once past their 20s. The 23-year-old Prasadâ€™s rate was reportedly Rs 1 lakh; a few more years and she would be out of the game.

In fact, the only thing the police have achieved is destroy Prasadâ€™s family. Think of her parents, grandparents or siblings, and then think how they are coping right now. Perhaps the siblings find it impossible to attend school. Maybe the parents are doomed to live in darkened rooms for the rest of their lives.

It is very likely Prasad didnâ€™t have the money to pay off the cops to hush up the affair. Perhaps her businessman client proved to be a hard-boiled character who refused to cough up the bribe money.

There is no other explanation for this very public arrest. Such a high-profile arrest would have forced moonlighting starlets to lie low for a few weeks, and thatâ€™s not good business for the crooked cops. Maybe they wanted to make an example of her so the rest would â€œbehaveâ€.

Prasadâ€™s arrest is ridiculous when you consider she was practising safe sex in an upscale hotel whereas Indiaâ€™s seedy red light districts are full of women and girls trafficked illegally from all over the subcontinent.

In mature societies such as Germany, the Netherlands, Canada, Australia and New Zealand, where prostitution is completely legal, women can ply their trade in the anonymity of clean and safe brothels patronised by quality clients.

Sex workers are taxed just like normal citizens, get healthcare, are regularly screened for diseases and their licence is renewed only if they clear mandatory â€” and frequent â€” HIV tests. It is win-win for both the sex workers and their clients. Completely legalising prostitution will not only lift sex workers from the underbelly populated by violent pimps, it would also ensure brothel owners are held accountable.

If India had enlightened rulers in the past, and they were no worse than the current lot, then we should take a cue from our ancestors and legalise the oldest profession. Remember, the Indian Penal Code was written by sexually repressed Victorians inspired by Abrahamic morals, which derided sexual pleasure as sin.

Prostitution is a personal choice. Movie starlets and models are not coerced into the trade. For many women, it offers a chance at financial independence.

Selling sex is a better alternative for some women than leading a paycheque-to-paycheque existence where they might be sexually exploited by a horrible boss. At any rate, isnâ€™t marriage a form of legalised prostitution?