Virat Kohli and Anushka Sharma's Picture From their Honeymoon has Caught Everyone's Attention! 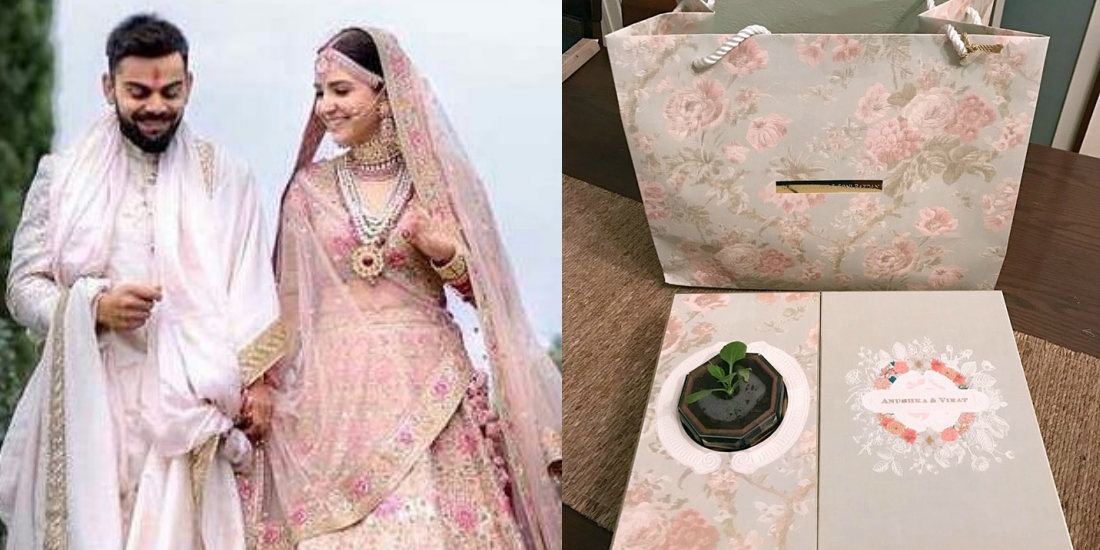 The entire week, the social media fanatics have focused on just one subject: the wedding of Anushka Sharma and Virat Kohli.

It started earlier this week when news outlets shared that Virat Kohli and Anushka Sharma will be tying the knot in Italy. The duo, despite keeping their wedding highly lowkey, they managed to make trends and breaking news all over the world.

From the simplistic wedding to their matching attire, the couple stepped into the new chapter of their lives after dazzling everyone.

Today we have promised each other to be bound in love forever. We are truly blessed to share the news with you. This beautiful day will be made more special with the love and support of our family of fans & well wishers. Thank you for being such an important part of our journey. pic.twitter.com/Scobdiqk7l

Everybody was talking about their Wedding

Ranveer Singh & Deepika Padukone sent a massive bunch of exotic fresh flowers to Virat and Anushka on their marriage. This bouquet came with a heartfelt message, signed by both Ranveer & Deepika. The flowers were received by the guard at their new house in Worli, Mumbai. 💐- SE

The Way Pakistanis Wished the Couple was Also Pretty Adorable!

But the fairytale has just started, folks.

“Virat kohli and Anushka Sharma”
are “Enjoying their honeymoon in muree Pakistan” 😂😂 pic.twitter.com/czfu01cG5v

And Everyone is Loving it!

So well, fans definitely want to see more of the pictures from the couple.

Given how the iconic couple always kept their relationship in the private, now that they have tied the knot, fans are expecting to see more of them together and how lovely would that be!