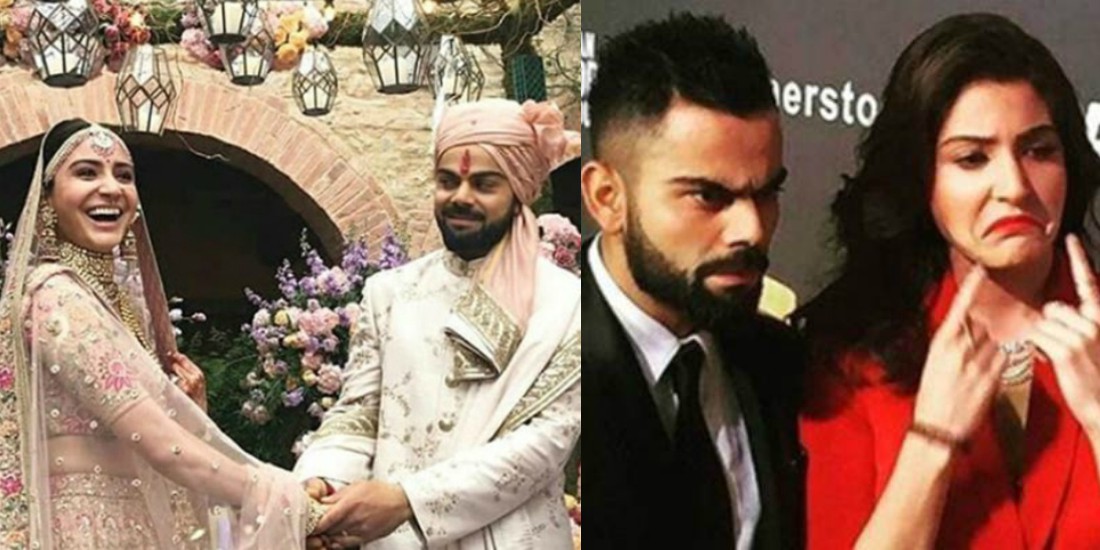 No one saw Virushka getting hitched this soon. But as soon as the news of their marriage got to the ears of the public, it suddenly turned into a speculation which was confirmed by the couple when they announced it through a tweet. This news spread like a wildfire on the internet as no one could get over how stunning they both looked together.

Today we have promised each other to be bound in love for ever. We are truly blessed to share the news with you.This beautiful day will be made more special with the love and support of our family of fans & well wishers. Thank you for being such an important part of our journey. pic.twitter.com/aobTUwMNAK

However, before their marriage, the madly in love couple faced a lot of criticism as Anushka was called bad luck for Virat. The couple was always under the public gaze for what was happening between them. Recently, Anushka revealed the reason behind them, by saying:

I was open about my relationship because I thought that’s me handling something maturely and I expected people also to handle it maturely. But I feel not everyone knows how to do that. All they are interested in is scoops. ‘Oh! They met.’ – If you are dating someone you will meet them na? How can meeting someone become such big news? It was just too much. As an actor, I was giving some of my best performances but in an interview, the headline would always be about my personal life. This is just a deterrent in my life. The kind of things that happened last year…like the kind of questions they would ask. You are there to talk about a film and they want to ask you stupid-high-school-kids-questions like how did you meet each other. Grow up, man! In the West too, actors date each other, are married, but when you read their personal interviews, their personal life is just a part of it. But here interviews just become about your personal life. And I’m part of the entertainment industry; I can’t shy away from this. Actors abroad are protected. They are not allowed to talk to anyone. But I don’t have this kind of filter. Anyone can ask me anything here. So this was the decision I had to take.

Although, it all settled down as their wedding pictures kept making people wanting to see more of it, it was like a fairytale which came to life. The couple received trillions of wishes not only from India but from Pakistan also.

Congratulations @imVkohli @AnushkaSharma on your wedding. May God Bless you two and give you happiness and a rewarding married life.

NO LOVE FOR ANUSHKA?

Congratulations to @imVkohli & @AnushkaSharma on their newly married life. May it be a journey full of happiness & good luck for your new innings bro.

Congratulations to you both and much happiness on your wedding day. May your love shine warmly forever @imVkohli @AnushkaSharma

CUTE COUPLE THEY ARE

Got a chance to be in the same flight as Virat Kohli and Anushka Sharma last year in West Indies. The couple looked stunning together and head over heels in love. Glad to see them tying the knot. May they always keep smiling and shining. ????? #VirushkaWEDDING

@AnushkaSharma so so beautiful, all the happiness and love for both of you! InshAllah. https://t.co/0QQVLO21Vh