Usman Dar Faces Major Backlash After His Remarks About Pashtuns!

Being politically incorrect is one thing but racially discriminating an entire ethnicity to make your point is a whole different ball game; one that has severe repercussions. Pakistani politicians are known to play with fire making reckless verbal jabs without fearing the backlash; as often time, there isn’t any. However, the times are changing and social media is quick to serve their verdict.

Usman Dar on the hot seat!

Usman Dar, Special Adviser to the Prime Minister on Youth Affairs felt the wrath of social media after making fun of Pashtuns. While speaking on Azadi March, JUIF and the protestors as a whole, Usman made their comparison with Pashtun street vendors. His comments seemed derogatory that offended not just the Pathans but learned Pakistanis at large.

Dar on a political show, said, “They’ll (Azadi March Protestors) get the same returns as those Pathans who roam the streets and sell a Rs500 blanket for Rs50 and then leave”

His statements can easily be mistaken for having insulting and demeaning connotations. Moreover, PML-N leader Hina Pervez Butt who was one of the guests on the same show instantly called Dar out for his remarks. She said, “I want to condemn the usage of the word pathan like this. We are all Pakistanis” 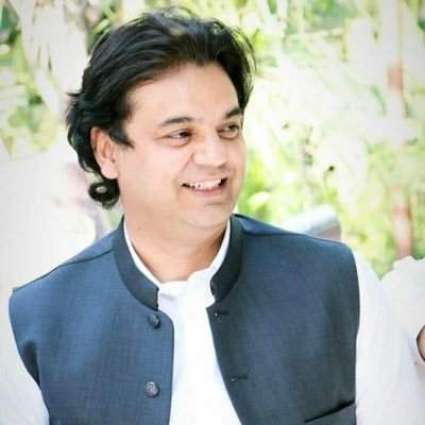 According to the sources, Hina Butt’s statements didn’t hold Dar back and he continued his speech using the same narrative, until the show host Mansoor Ali Khan asked him to take his words back. Although Usman Dar agreed and took his words back, the damage was already done and social media geared up to serve some online-justice!

On any grounds, the racial commentary isn’t acceptable, especially by a political leader. Moreover, following this online backlash, Usman apologized. But first, here’s what the crowd had to say:

Pashtun displacement into Punjab is a cost of Pak's strategic depth policy. These Pashtuns won't have left their homeland, if it wasnt used for strategic games & was allowed to grow to full potential. #ShameOnUsmanDar for making fun of those who are just making an honest living.

‘Hatemongering’ is what many are accusing Usman of.

Just join to shame this mindset that mocks and ridicules our very own and centuries old identities from being Pakhtun to Sindhi to Baloch and even to Punjabi. These neo-narcissists doesn't belong anywhere and need to be fixed for hatemongering rather hatecrimes.
#ShameOnUsmanDar

Whatever the context of his statement would be, but his irresponsible words were heart wrenching for every pashtun of this land.Ethically he should apologise unconditionally. What a racist and an ignorant statement, Imran khan should take action#ShameOnUsmanDar

Several consider his statement as a reflection of his prejudice against Pashtoons of Pakistan!

Usman Dar is a stain on the political landscape of Pakistan. His statement reflects the structured bigotry and deeply embedded prejuduce towards Pakhtoons among the Punjabi elite. He should apologize for his nonsensical and stupid remarks.#ShameOnUsmanDar

A supportive stance among the plethora of criticism.

I totally support usman dar in this critic. Many of Pashtuns wants to keep their ladies in Niqab but loves to say shits against others ladies they dont have right to insult or judge anyone. this douple standard should be changed. #wesupportsusmandar #ShameOnUsmanDar

‘Taken out of context’ is how his supporters are deeming it!

#ShameOnUsmanDar
Although i dont support PTI but his statement was taken out of context. It's a common practice that many pathan vendors earn thier livelihood through selling blankets and carpets. However it is worthy of condemnation. Use of such words should be avoided

Pashtuns have been stereotyped for a long time, says one user.

#Pashtuns have long been stereotyped in #Pakistan and labelled as terrorists. They have been the victims of racial discrimination and were made to do low life jobs. Dar should be kicked out of the govt for his insensitive remarks. #ShameOnUsmanDar@voice_minority @zalmayzia

On the brighter side of all this; Usman Dar realized his careless words have hurt the sentiments of many and apologized.

He tweeted: “….if any of my statements have hurt my Pathan brothers then I apologize.”

Whether his words were taken out of context or actually meant as is, what matters is the impact they create. Hence, it is important that any public figure choose their words wisely. Usman Dar not only represents his own self but an important political party; he should tread carefully.

What do you think of Usman Dar’s statements? Let us know in the comment section below!

Pro Tips To Make The Most Of The Biggest Sale Of The Year: Daraz 11/11
RealMe XT: A Super Affordable Smartphone With High-End Features!
To Top