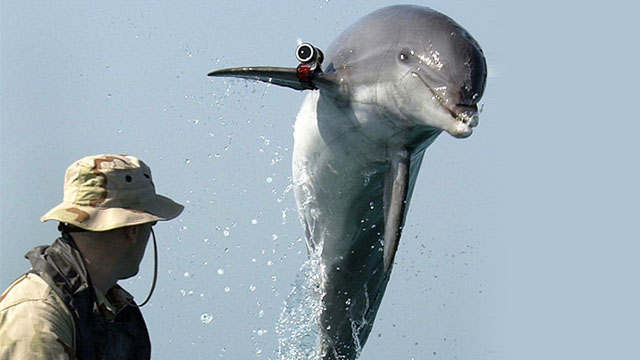 American combat dolphins and sea lions will undergo a lengthy plane flight in order to participate in NATO war games in the Black Sea, a spokesman for the US Navy’s marine mammals program reportedly said.

Twenty dolphins and ten sea lions will take part in the drills, which will last between one and two weeks, spokesman Tom LaPuzza said, as cited by Izvestia newspaper.

The war games are one of eight joint NATO-Ukrainian military exercises scheduled to take place this year.

During their Black Sea stay, the US dolphins will test a new anti-radar system, designed to disorientate enemy sonars. Both sea lions and dolphins will look for mines and military divers, LaPuzza said.

According to the spokesman, the exercises will be held within the framework of the marine mammals training program, which includes the protection of ships and harbors, as well as mine detection by animals.

New armor for dolphins, developed at a specialized research center at the University of Hawaii, will also be put to the test in the Black Sea, he added.

The marine mammals will be transferred from their base in San Diego, California to the Black Sea via a plane equipped with a special bath, the spokesman told the paper.

Such means of transportation were previously used to deliver dolphins to a drill on the island of New Caledonia in the Pacific Ocean back in 2009.

This will be the first time in history that dolphins have participated in a NATO drill, LaPuzza stressed.

The exercise may also become the first time that US military dolphins meet their Russian counterparts in the open seas, as San Diego and Sevastopol host the worldâ€™s only military dolphin training facilities. 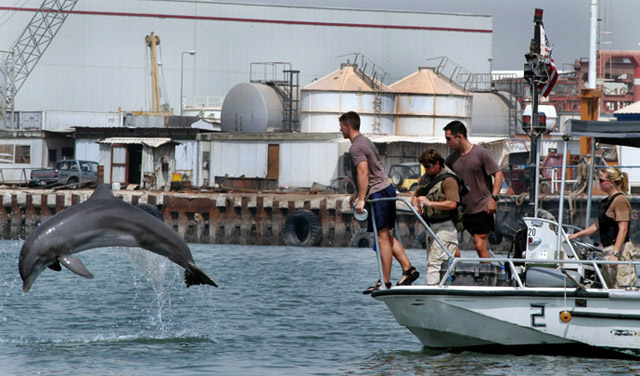 Around 100 bottlenose dolphins, California sea lions, and beluga whales are currently active in the US Navy, according to LaPuzza.

The transportation of US combat dolphins to the Black Sea by air is a very expensive task which comes with a huge risk to the health of the animals, Yury Plyachenko, who commanded the Black Sea Fleetâ€™s military dolphins in 1988-92, said.

â€œThere must be a very good reason to make the animals travel over such distances in a plane. We shouldnâ€™t forget that a lot of money was invested into their training,â€ he told RIA Novosti.

Plyachenko believes the US plans are likely to prompt outcry from Greenpeace and other animal rights groups.

During the USSR, the Soviet Navy planned to take their dolphins to the Mediterranean Sea for training, but the exercise was cancelled under pressure from the international community, he reminded.

The flight from the US Pacific coast to the Black Sea would be harmful for the dolphins, said Konstantin Zgurovsky, head of the maritime program at World Wide Fund Russia.

â€œTransport by an aircraft, loading and unloading â€“ itâ€™s all stressful for the animals. Strong pressure drops and confined space is unhealthy for the marine mammals,â€ Zgurovsky stressed.

Police use tear gas against May Day activists in Istanbul
Space terrorism, floating debris pose threats to US
To Top