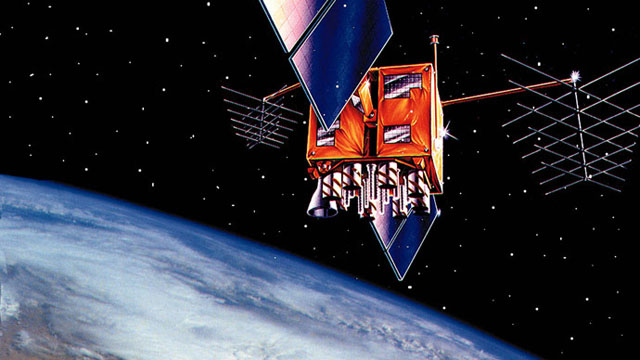 The United States is increasingly vulnerable to space terrorism, according to a new report, as it is more reliant on its satellites and other installations in space to conduct national security operations.

Because the US depends so much on its holdings in space for a variety of operations, and as it is the â€œprimary guarantor of space access,â€ it has more at stake in protecting its satellites from an attack or damage from another countryâ€™s debris, according to a report from the Council on Foreign Relations (CFR).

â€œThreats to U.S. satellites would reduce the country’s ability to attack suspected terrorists with precision-guided munitions and conduct imagery analysis of nuclear weapons programs, and could interrupt non-cash economic activity depending on the severity of the attack and number of satellites disrupted,â€ wrote Micah Zenko, the Douglas Dillon Fellow at the CFRâ€™s Center for Preventive Action and the report’s author.

The report identifies China, North Korea, and Iran â€“ all working to further their military space presence â€“ as the top suspects for targeting US space capabilities.

Should one of those countries attain advanced space operations, they could, in theory, attack a US satellite for leverage in negotiations, to ward off potentially hostile acts, or to act in defense in the face of pending conflict, the report continues.

Yet the report also goes on to state that terrorism may not be as big of an issue for US interests as the threat posed by space debris scattered by various countries.

â€œThe U.S. National Research Council estimates that portions of LEO [low earth orbit] have reached a â€˜tipping point,â€™ with hundreds of thousands of space debris larger than one centimeter stuck in orbit that will collide with other pieces of debris or spacecraft, thus creating exponentially more debris,â€ according to the report.

â€œSignificant growth in the quantity or density of space debris could render certain high-demand portions of outer space unnavigable and inutile. Currently, there are no legal or internationally accepted means for removing existing debris.â€

â€œA January 2007 direct ascent ASAT [anti-satellite test] carried out by China against its defunct Fengyun-1C weather satellite instantly increased the amount of space debris in low earth orbitâ€¦by 40 percent. Debris is especially problematic in LEO, where half of the world’s 1,100 active satellites operate. Space objects â€“ even flecks of paint â€“ travel as fast as eighteen thousand miles per hour and can cause catastrophic damage to manned and unmanned spacecraft â€“ creating even more debris in the process.â€

The report says that unintended damage to a US or ally satellite could spur a â€œmajor international crisisâ€ between the US and China.

Given the amount of reliance on space for crucial state operations, and because it is the leader in space technology and exploration, the US has â€œa unique obligation to lead international efforts to prevent or mitigate a dangerous space event,â€ according to the report. It goes on to recommend a variety of technical and political adjustments that the US should implement to maintain its policy objectives.