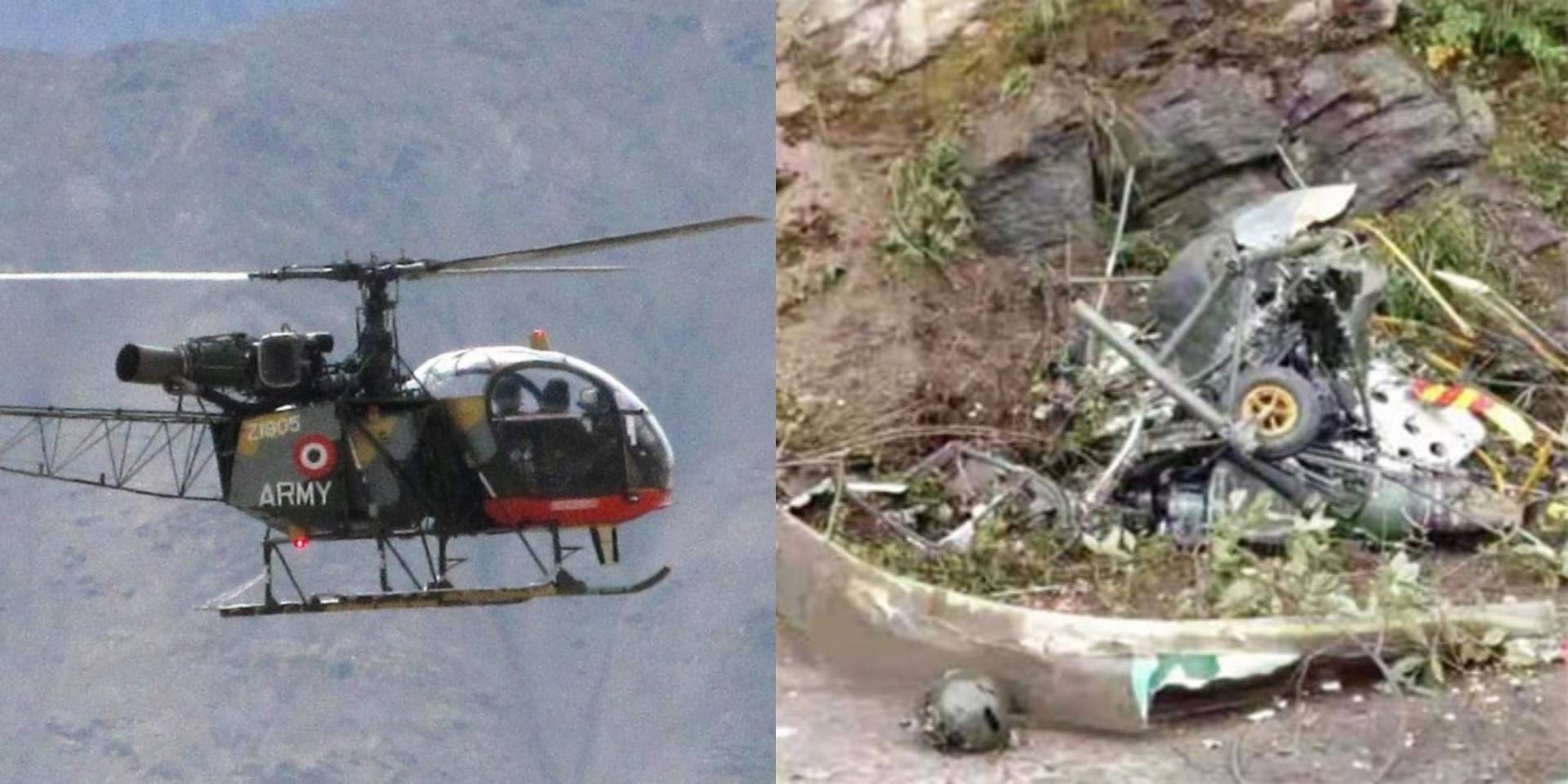 Local media has reported a helicopter crash in Bhutan. This helicopter belonged to the Indian Army named Cheetah. It was on duty from Khirmu(Arunanchal) to Yongfulla(Bhutan). However, it didn’t crash alone.

The helicopter took two army men down with it. One belonged to the Indian Armed forces identified as Lieutenant Colonel Rajneesh Parmar and the other pilot was from the Royal Bhutanese Army Captain Kalzang Wangdi training under the Indian Army as part of an agreement signed around 2014-15.

IAF has had a spoiled record in safety and relied highly on Russia to acquire equipment. News of Indian fighter helicopter crashes is very usual. As a very recent incident happened just two days before this one. An Indian Air Force MiG-21 fight jet crashed in Madhya Pradesh.

MiGs are involved in most of the helicopter crashes at IAF. These helicopters were bought by India from Soviet-Union decades ago. And hence are termed as “flying coffin”.

Another recent accident took place in July where an Indian pilot lost his life at the hands of MiG-21 crashed in northern Himachal Pradesh state.

India is in the middle of upgrading its military hardware spending billions of dollars. Its aim is to modernize its air force.

They are now approaching various countries for that purpose rather than solely depending on Russia. New Delhi has signed a contract from France to purchase 36 Dassault Rafale fighters for $8.8 billion.

Anyhow, the incident of the helicopter crash in Bhutan happened when the chopper was heading for a landing in Yongfulla. However, the chopper did not observe a safe landing instead it crashed in Khentongmani, a nearby hill. As reported by sources.

A rescue operation and ground search were initiated while the pilots had already died on spot.