"#WhenIWas" Highlights Sexual Harassment That Women Faced in Their Childhood! 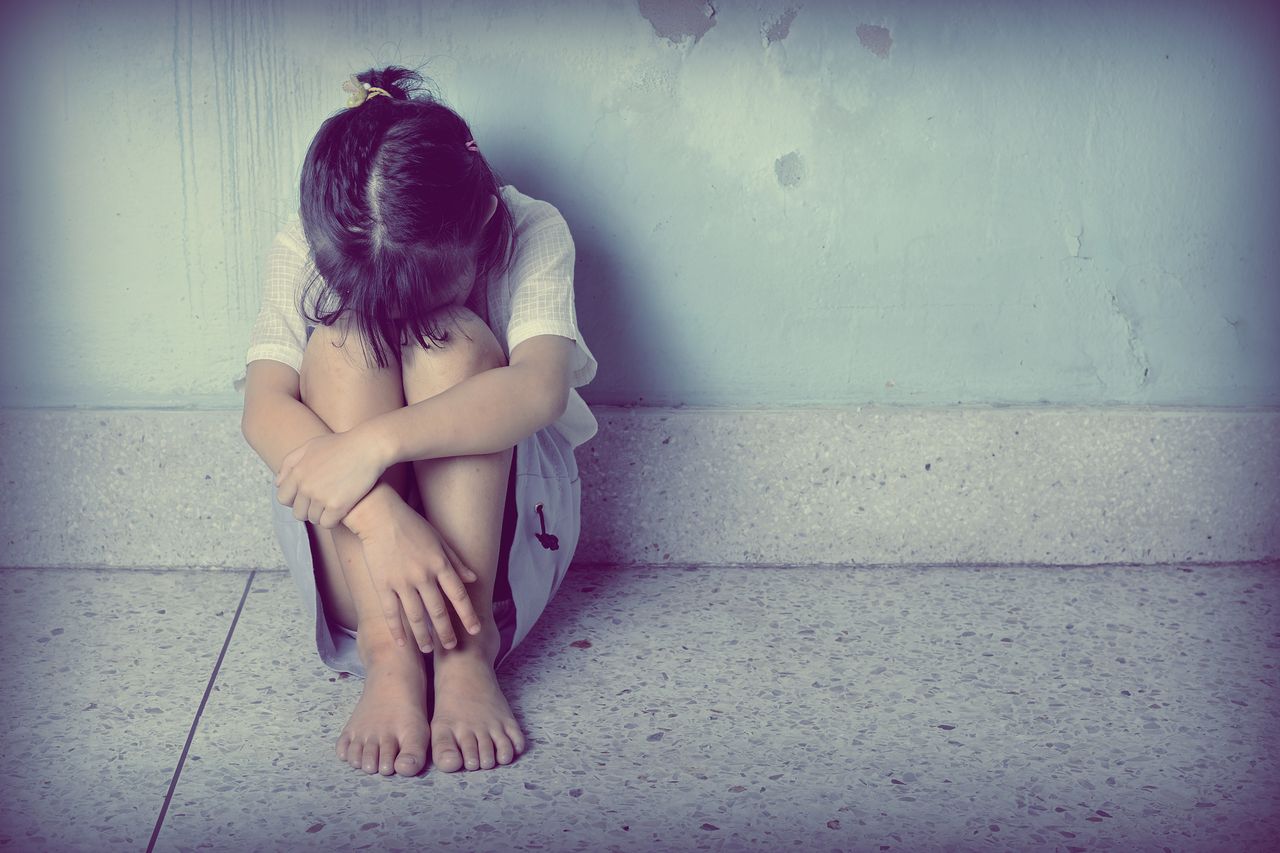 This hashtag originated with the Everyday Sexism Project, a website that lets people record real-life examples of sexism. “The Everyday Sexism Project” exists to publicize the instances of sexism experienced by women on a day to day basis. They might be minor, outrageously offensive or so mundane that you can’t even tell it’s harassment. But it is…

We’re using #WhenIWas to raise awareness of early experiences of sexism, harassment & assault. 12000 people have shared their stories so far

The stories pouring out on Twitter cover experiences that women have faced at all ages.  They will make you question the state of humanity and why men are actually so disgusting. Women talked about how they were; groped, catcalled or sexually molested at all ages, but mostly when they were very young.

This is truly an eye opener…

1. Sexism Can Be Blatantly Obvious in the School System

2. How Can Someone Even Think That Way About a 10 Year Old Girl?

#WhenIWas ten i was sent to the office for wearing shorts that were “distracting” to boys. TEN.

3. What People Don’t Realize is that it  Disrupts a Child’s Mentality

#WhenIWas 13, the catcalls started. Catcalls from grown men. I was a child.

4. Harassment Can Happen Repeatedly and Can Have a Long-Lasting Impact

5. Sometimes it Really is This Open and No One Does Anything 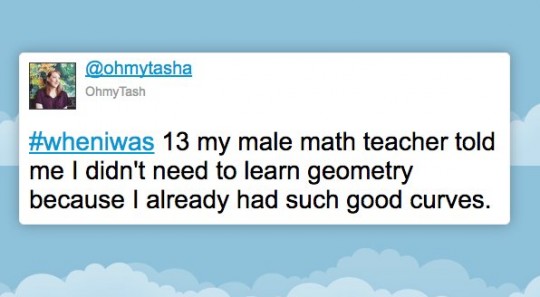 6. Most Women Don’t Just Face One Harasser at a Time, They Have Many 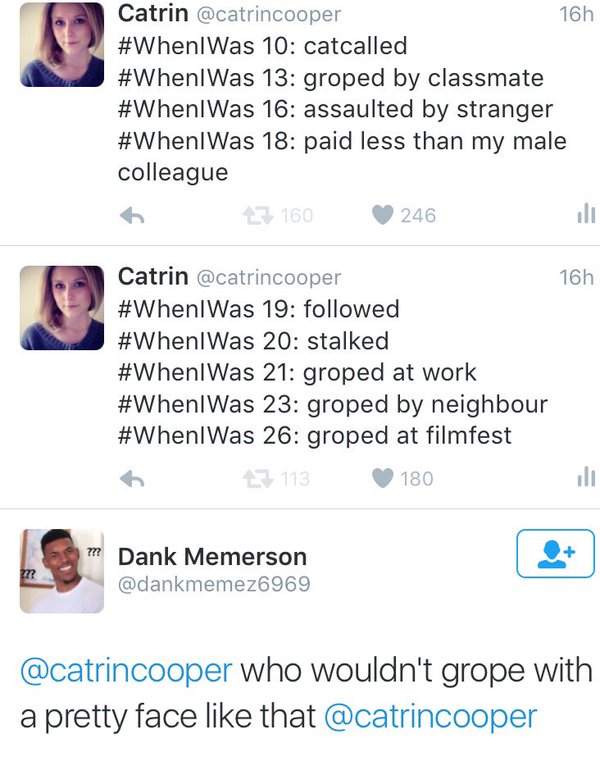 7. Sometimes Even The Law and State are Against You

#WhenIWas 17 I was told in court that theres no way I was raped as I wasnt deemed attractive by my rapist. Tell me we don’t need feminism.

8. If You Think This is Too Explicit and Not Necessary…

If you think #whenIwas tag is unnecessary and too uncomfortable, you are part of the problem that has led to this situation today.