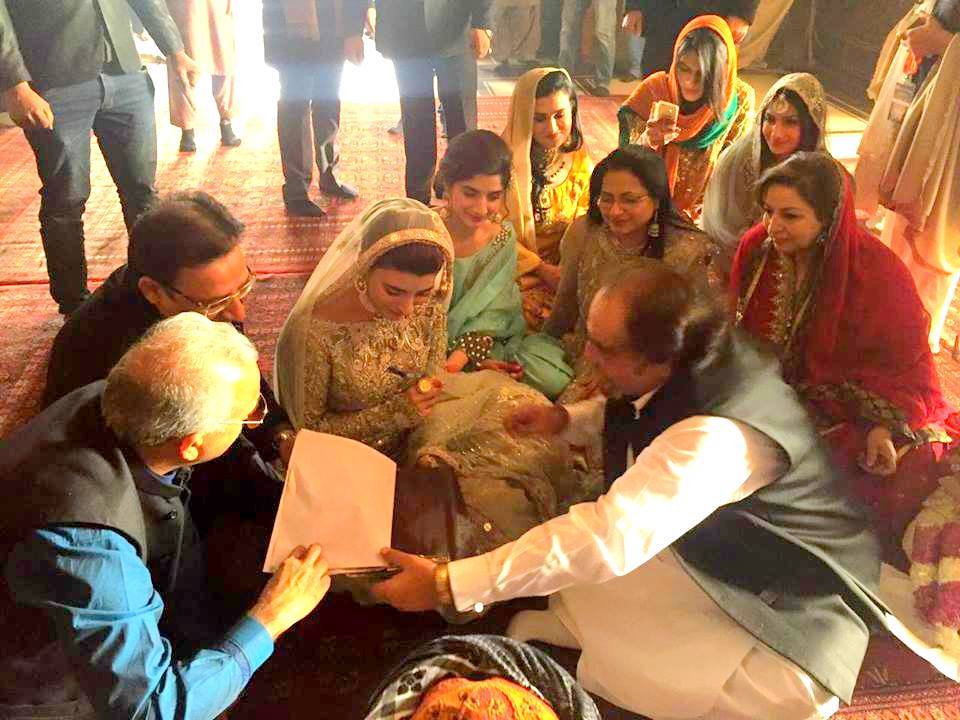 This celebrity couple enthralls people across Pakistan and teases a lot lately with their relationship. Urwa and Farhan Saeed just got Nikkah-fied, finally.

The renowned actress and the popular singer have been dating for quite some time. Their love life has been a center of attention to their fans. It is no secret that Urwa and Farhan hold a reputation in the industry and their bonding came like a huge news to everyone.

Urwa and Farhan’s relationship was revealed to the Pakistani audience at the Hum Style Awards earlier in 2016. Pictures studded in glitters and colors have been the sensation on the social media about them. In fact, a picture of Farhan’s wedding proposal to betrothed Urwa in front of the iconic Eiffel Tower, Paris was posted on Instagram. Soon after, that particular picture gained massive popularity and it was confirmed they would get married soon.

Not hard to say that our celebrities are comfortable with their personal lives being documented and become a center of everyone’s attention. They have agreed to share their wedding ceremony with their fans as well. 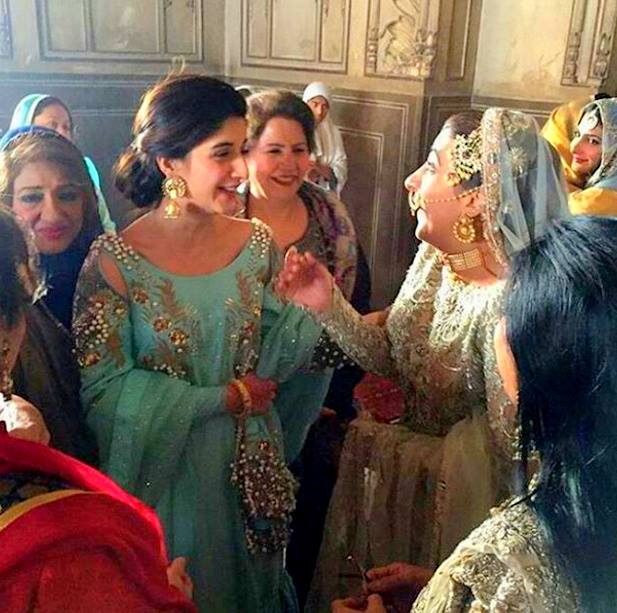 Not to forget Urwa Hocane’s sister Mawra, who also holds a prominent position in the entertainment industry including Bollywood, and whose fans are well spread just like Urwa, has been a prominent figure here. Mawra’s images have also been well circulating all over social media and people can’t seem to get enough of this families indulgences.

Coming back to what’s for now, Nikkah of Urwa Hocane and Farhan Saeed will take place in Lahore at Badshahi Mosque. Easy to say it’s going to be all filmy style, studded in supreme fashion and outfits you girls would drool over. Halka tou ata hi nahi koi yahan… 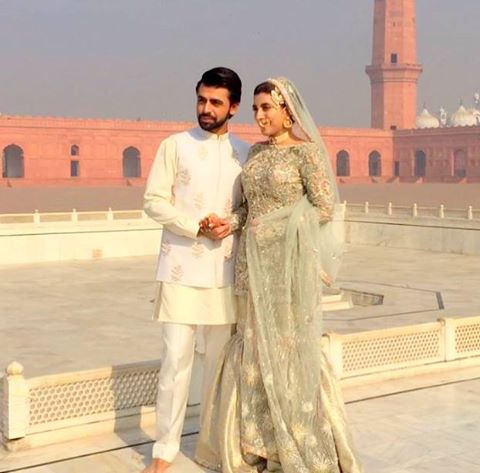 It is reported that their official wedding ceremony will take place on 18th of December, so hold on till that comes. 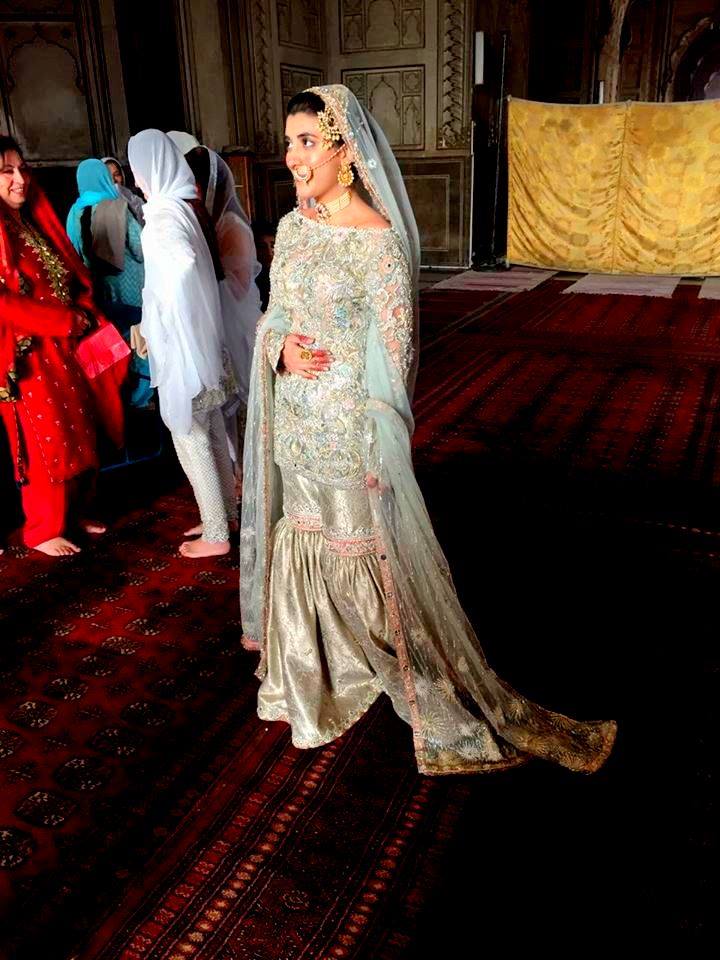 Putting Urwa Hocane and Farhan Saeed ‘s hefty work schedule, you may rule out any possibility of an upcoming honeymoon and its documentation any soon. Farhan seems occupied in concerts, while Urwa is reportedly busy in shooting projects. So, it is safe to say that the couple will not fly out of the country and have an exotic honeymoon for all of our people to see.

We share our sincerest greetings and wish the very best to the couple who are just starting out. May God bless them as a whole.