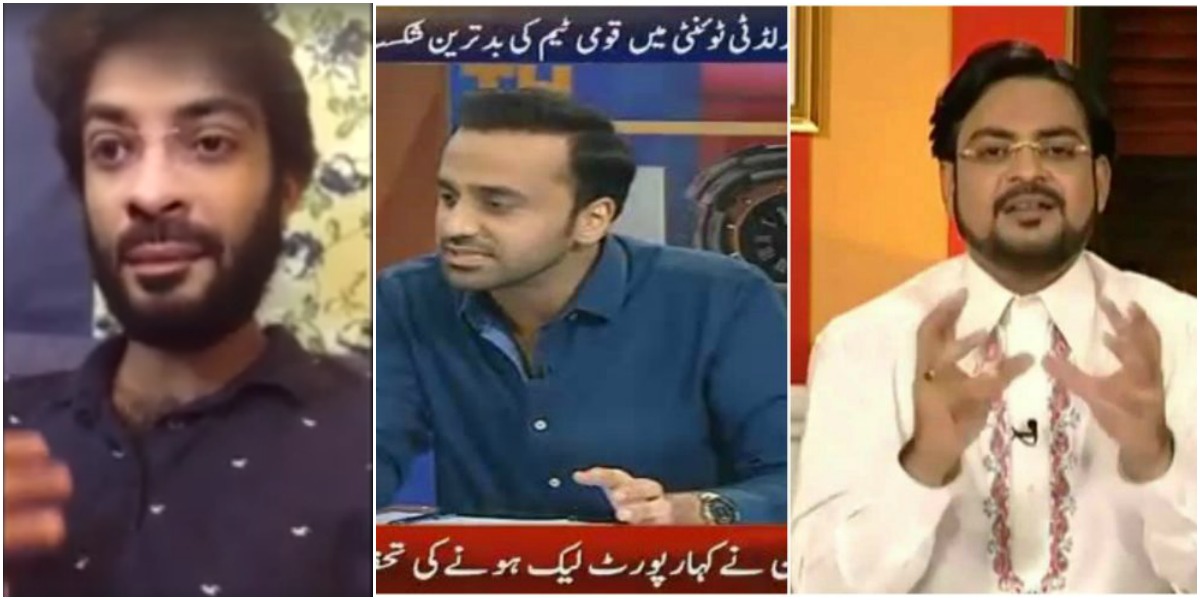 With the Pakistani political scenario becoming just as ridiculous and, unfortunately, just as entertaining as a Kim K run reality tv show, has come a lot of ridiculously hilarious memes and tweets.

It doesn’t take a long time for people to collectively jump a trend to ridicule an ongoing situation. Another such installment in the ongoing laughter came from a Pakistani Snapchat star; Sabir Shah. His video in which he mimics Wasim Badami interviewing Amir Liaqat and Altaf Hussain is making waves on social media.

Whatever your views about the entire episode, it’s hard to control one’s laughter and appreciating the sense of humor while watching this video.

Sabir Shah(@mooshar), on snapchat, is a very dynamic personality. His stories range from filming himself annoying his co-workers to news skits that talk about the current situation, but with a comedic twist to it.

Following the boom in social media usage and the subsequent expansion in social media platforms, there has been an exponential increase in the number of voices chanting in over a national or international topic of conversation.

Ranging from entertainment to political and philosophical discussion, the internet is echoing with inputs from all around the world that presents many facets of perception for a singular point of focus.

It’s amazing to note how a comedic aspect of a serious and possibly dangerous situation can be used to put people’s minds at rest.

Who are your favorite comedic social media personalities that you follow? Let us know in the comments below!

10 Ways Girls can be Productive While Sitting at Home
How Will Waseem Akhtar Take Care of Karachi While Living in Jail?
To Top