This Guy Tried to Take His Life For The Love Of Amir Liaquat And What He Did Is Absolutely Insane! 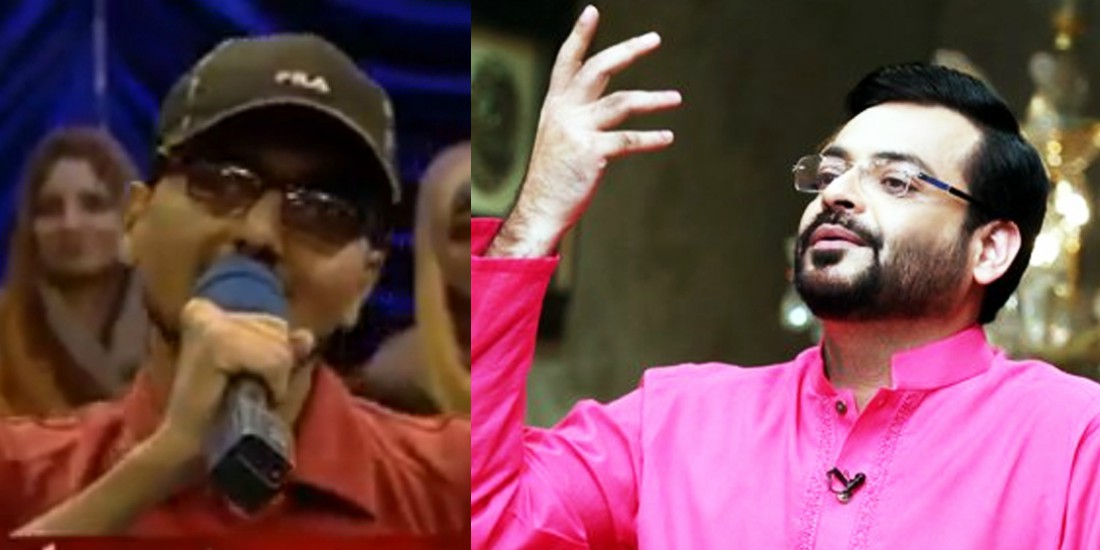 Ramazan transmissions are not a new thing for Pakistanis. Every year, we observe new controversies, new tactics of rating, new show-segments, new show actor-turned-singer turned-show host-cum-naat-reciter! And when we talk about Ramazan transmissions, how could we forget Aamir Liaquat, the one who knows his game better than the rest?

Aamir Bhai has left BOL citing monetary issues but rejoined the channel before Ramazan. His ‘Aalim Ke Bol’ segment has always seen overheated with arguments of Ulemae Karam of every sect on different issues raised by Aamir Bhai himself or the audience. On a very casual day, a question by a caller turned into a huge controversy and PEMRA banned Aamir Liaquat for hurting sentiments of a specific religious sect.

He reappeared on the screen after a few days and everything had been fixed. But Aamir Liaquat can’t resist himself from creating controversies. It has been observed by the regular audience of his show that Aamir bhai raises only disputed Islamic events specifically which ultimately becomes the reason of outburst.

But luckily, apart from these controversies, Aamir Liaquat’s fans are not coming slow. During the second Ashra of Ramazan, a guy on the set met him with wet eyes and desired Aamir Liaquat to be his father. The guy also expressed his heartiest wish to perform Umrah with Aamir Liaquat this year.

Yesterday, another video has surfaced on the internet in which a guy came to BOL Ramadan transmission and during the conversation, he said that he tried to attempt suicide for the love of Aamir Bhai. He also sang a song and dedicated it to him. He also kissed his beloved Aamir Bhai while continuously saying ‘I love you’ to him. The expressions of Aamir Liaquat were shocking when the guy showed his ‘cheere hoe haath‘ (cuts on his hand)

So, there are still three or four days left in Ramadan.

People are wishing that Aamir Liaquat would set rest on this number of stunts and let them spare. What do you say on the take of this guy? Is expressing love in that way acceptable?