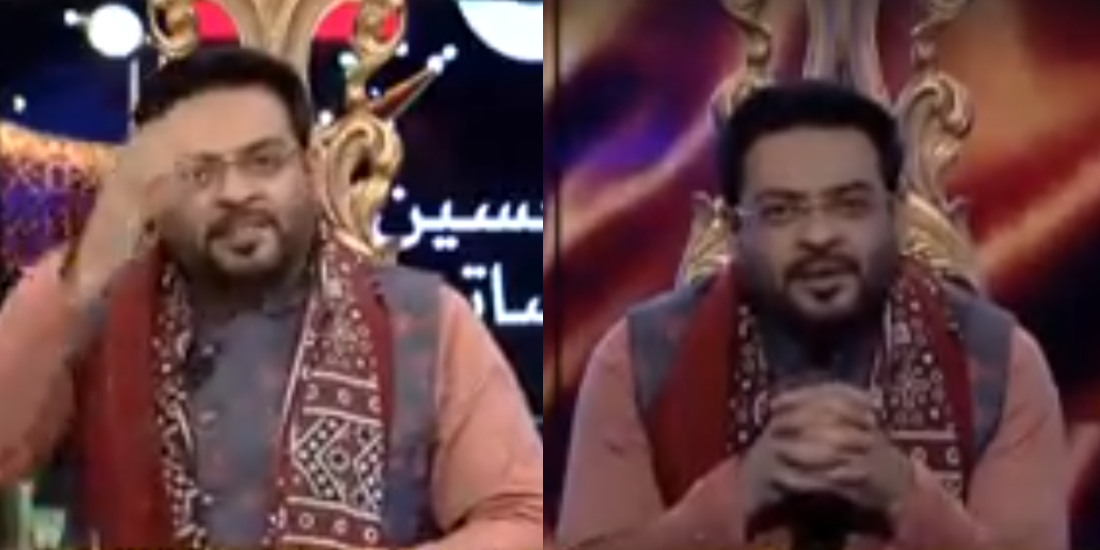 So, the first Ashra of the Ramzan is about to end and the heat of Karachi has giving people a tough time. Not to forget that in this heat, there is an increasing number of people who are all ready to serve the 2.5 crore population at the roadside and outside of restaurants. Karachi was in fact rated as the topmost city to serve the passersby in Ramzan. A country where 60% of the population is youth and the median age is 23, we are proud and happy to host a large number of people from all around the globe.

With all the facts and figures regarding Ramazan and the culture that prevails in our country, the far most popular thing is Ramazan transmission. This year PEMRA has banned all the Ramazan transmissions to be aired on any national TV. But Amir Liaquat still manages to host a transmission. So, his show successfully has been the most controversial thing in the last 9 days of Ramazan. In his last show, a guy from India called and asked a really controversial question which triggered Amir Liaquat and started a heated debate, LIVE.

Here’s the clip from the show where it all started!

So, this person called and asked a very random question first but his second question was, “Why didn’t Hazrat Ali get Khilafat?” Upon which Amir Liaquat replied that you must be the follower of Zakir Naik. Later, Amir started shouting at the top of his lungs and he even started calling the questioner with names!

Following Amir’s conversation, other scholars joined him and there were two Ulma’s who got into a fight on two different schools of thought regarding the question that was asked. Amir Liaquat left the show amidst the talk and the two Ulma kept talking and fighting after which the channel started airing ads during the show time and Amir did not return!

Religious discussions are the most fragile topics to be handled and can hurt anyone’s sentiments as well.

What are your thoughts on this? How many of you were watching this transmission