The Trailer Of Vidya Balan's New Film Based On Partition 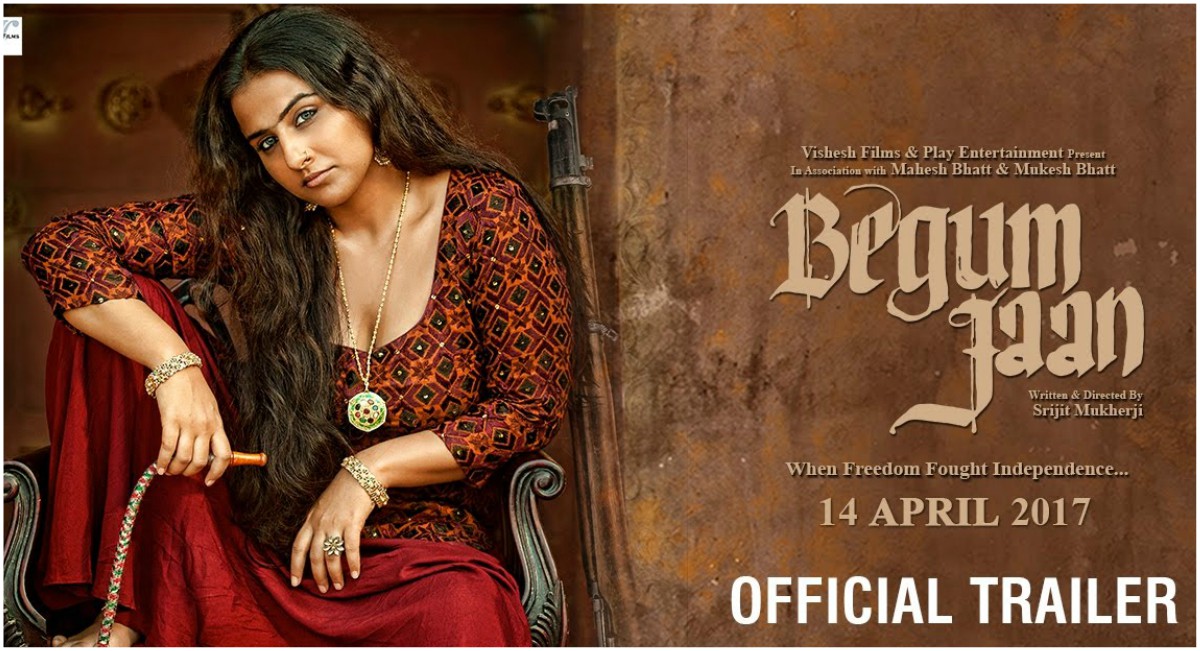 It is a well-known fact that no matter what genre of the film is, no matter how serious or humorous the character has to be, Vidya Balan will get in the skin of it to ace the performance.

From her performances in lighter roles in films such as Kismat Konnection, Heyy Babyy, and Bhool Bhooliya to impactful performances in Kahaani, The Dirty Picture, and Pareenita, Vidya Balan proves her versatility in every character she opts. Such can be said by looking at the trailer of her upcoming film Begum Jaan.

Based on true events, Vidya stars in the film as the lead character who plays the role of a prostitute running her business of prostitution in a kotthi (mahal).

With the notice of partition, Begum Jaan is told to let go of the kotthi as the castle intersects the borders that were allotted to India and Pakistan. How Vidya Balan decides to go against the decision imposed by the higher authorities is what makes her acting in the trailer so charismatic.

From her abusive, typical accent to her powerful impact seen while she takes a stand for her girls in the business, Vidya has yet again surprised us all by setting a higher bar for her performance.

In association of tue famous India director duo Mukesh and Mahesh Bhatt, the film is set to be released on 14th April. The film also stars Naseeruddin Shah and Ila Arun and other prominent names.

Here’s the trailer of the film

Here’s to hoping Vidya will give another breakthrough performance, given how she’s doing a film after quite some time now.