2020 is in no way turning out to be a normal year. Just as we thought that nothing more could happen right now in these circumstances that can surprise us. We were left baffled again with a bizarre incident that occurred with a foodpanda rider in the streets of Karachi. The story became literally the talk of the town.

A CCTV footage showing a foodpanda rider getting mugged in Karachi went viral on the social media. The rider’s name was Muhammad Noman who was on his daily delivery routine at Nazimabad, Sector 1 on the 15th of June 2020. There he encountered this incident as he was approached by two men on a motorcycle with the intention of robbing him. A scene that plays out on the streets of Pakistan almost daily, only this time there was an unusual twist.

According to the CCTV footage, the two masked men approached and stopped the delivery rider from completing his delivery while the passersby crossed the scene. The robbers then continued, as they took the riders possessions from him. But the unusual begins when the looters are seen hugging their victim, shaking hands with him, and returning all his possessions. This bizarre turn of events has puzzled Pakistanis across the country. 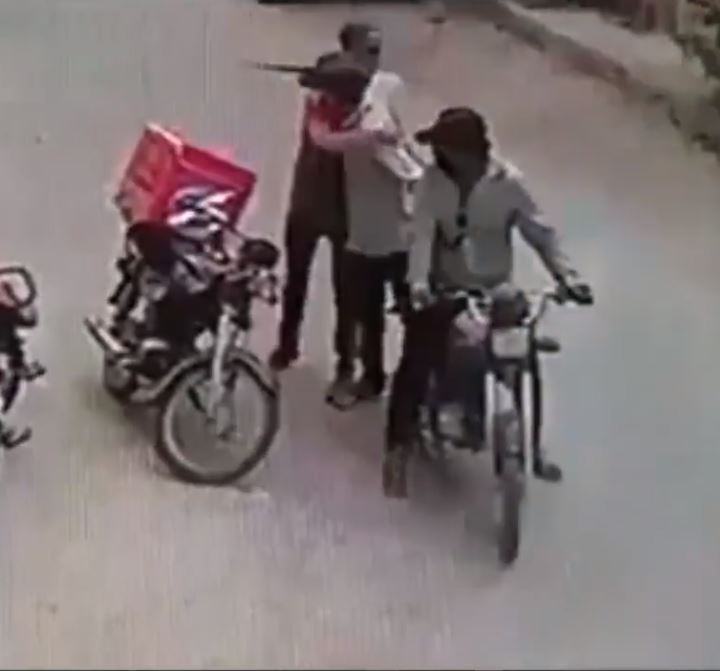 The victim in the scene, Noman, started crying and requested the robbers to return his possessions. The two men felt Noman’s plea and returned his money. The mixed emotions of kindness, adversity, and sensitivity have made this one of the most-watched and talked about videos online over the last week.

Another video where Noman is seen talking about the scene is also doing rounds on the internet:

In the video, Noman said (translated from Urdu): “I was confused for a second, thought they were people I know because they approached me saying ‘Salam’ and ‘How are you?’ etc. When I realized what just happened and saw them leaving I asked them for my phone and money back, I also teared up, which is probably why those guys felt bad for me and returned everything.” 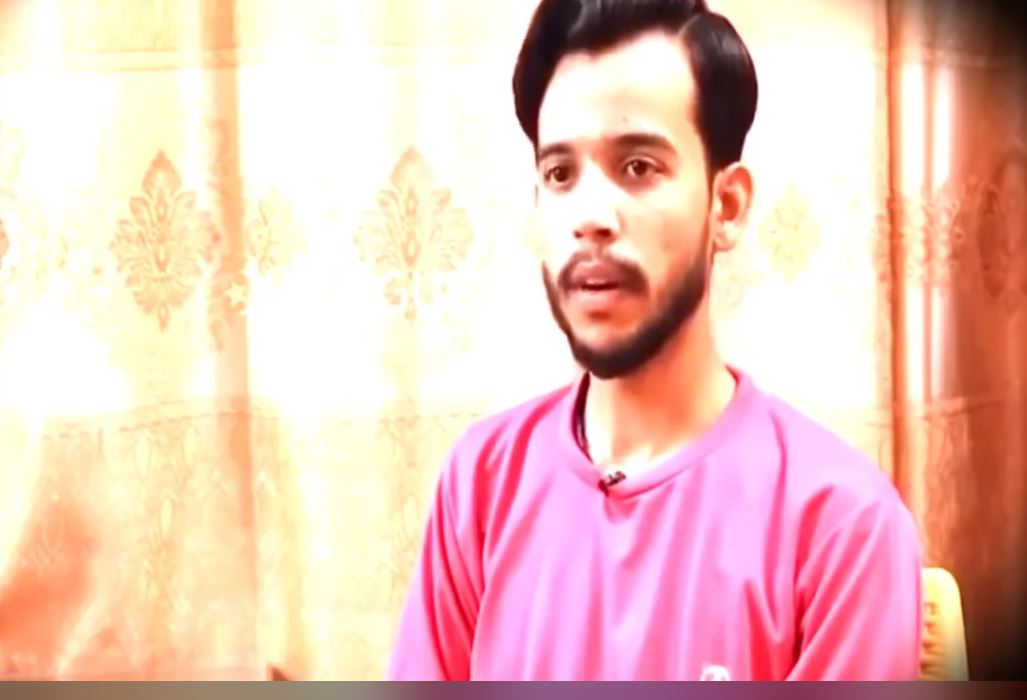 “Riders are essential frontline workers and our heroes. They brave difficult conditions every day to deliver vitally needed food and groceries to your home so you can avoid going out and lessen the risk of Covid-19 for you and your family. In this instance, I am relieved that Noman is safe and his possessions were returned, but I urge the authorities to do more for the protection of our hard-working heroes.” 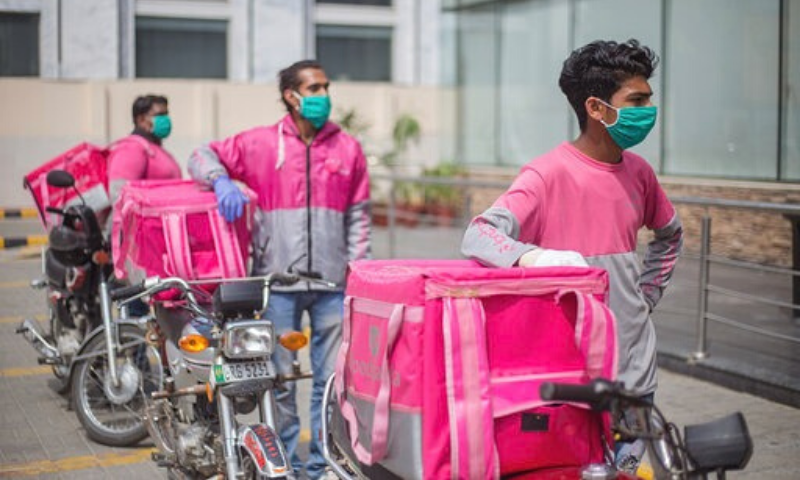 In incidents of criminal activity, if a rider is mugged, he/she has the provision to go to the rider ticketing platform where the rider needs to provide a copy of the valid FIR of the incident. Upon provision of the valid FIR, the looted amount is waived off from the rider, which is completely borne by foodpanda, in order to protect the rider from financial losses.

Each rider operates in a limited zone of 4-5 kms radius so as to save their fuel cost with a designated department dealing with rider compensation which closely monitors rider’s earnings; with bonuses being provided regularly. Amidst COVID, where organizations laid off their resources, foodpanda was the one of the few companies in Pakistan to provide earning assistance and ration support to their riders in areas where operations were halted due to the lockdown.

As Pakistan’s leading food delivery company, foodpanda ensures the safety and security of its fleet of more than 15,000 riders across the nation. For now, it’s nice to see that even Pakistani robbers have a heart and sensitive spot for people earning an honest living.

How Sunday’s Solar Eclipse Will Impact You According To Your Zodiac Sign?
Ex-Indian General Regrets Being Part Of Army After Modi Surrenders To China
To Top