Meet Ziad Ahmed, the Bangladeshi-American-Muslim that is a student of Preston Day School. He was asked a simple question for a personal statement as a part of his application for the Stanford University. The answer to which, he wrote #BlackLivesMatter.  Following was the question he was asked on his essay.

“What matters to you, and why?”

Ziad Ahmed wrote #BlackLivesMatter exactly 100 times on his essay paper for Stanford University. He lives in New Jersey where 13%  of the population is black and amongst them, 565,706 are males whereas 639,120 are females. All of them are facing serious racial discrimination due to bold moves as the one Ziad Ahmed just made, he wants to highlight the issue of discrimination which black people in America are subject to. Ziad wants to help take the necessary precautions to protect these citizens.

His Reason: Islam Teaches Him To Not Let Injustice Be Done To Anyone

While talking to the people of media, Ziad further explains that the reason behind writing #BlacklivesMatter 100 times is that he is a Muslim and above all his Islamic teachings tell him to not to close his eyes to the injustices happening on a daily basis to the black community in the United States of America.

“Everyone who received your application was inspired by your passion, determination, accomplishments and heart; you are quite simply, a fantastic match with Stanford”

This news came to Ziad as a shock; he was stunned because he thought that he wouldn’t get admission into Stanford University due to what he did to his essay application. He posted a screen shot of his application letter on twitter with the following statement.

I submitted this answer in my @Stanford application, & yesterday, I was admitted…#BlackLivesMatter pic.twitter.com/R5YxM77bWL

“I submitted this answer in my @Stanford application & yesterday, I was admitted… #BlackLivesMatter”

People All Around The World Recognized His Efforts 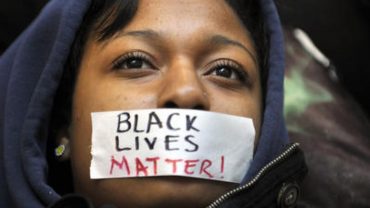 The post was shared by thousands of people around the world, besides this bold move, there are a number of achievements which make Ziad Ahmed the perfect candidate for Stanford University. Zaid Ahmed was recognized as a Muslim-American changemaker under the Obama Administration. In 2016 he was an intern for the Hillary Clinton election campaign. He has also participated in many TEDx Talks around the world.

Are you inspired? We are.