Shehzad Roy- Amazing Performance In PSL, See He Isn't Aging At All!

Shehzad Roy has been a part of Pakistan’s music and philanthropist world from as long as we can remember. From his extremely nostalgic music to his contribution in the education welfare of Pakistan, he always creates an impact worthwhile.

What made PSL’s opening even more exciting was the debut of Shehzad in PSL with a brand new song called Ballay Ballay. The song goes something like this:

With the redemption of the desi song Ballay Ballay, Shehzad changed it in terms of cricket language and it sounded pretty unique and energetic.

The crowd enjoyed how this desi song became more energetic!

Aside from his performance, Shehzad continued leaving his mark on Pakistanis. In an interview that was taken during the match, Shehzad Roy mentioned how PSL would’ve been more exciting if it was held in Pakistan.

Only @ShehzadRoy had the guts to say that PSL should be in Pakistan. Love you to the moon and back man ????#respect

Love Him For Saying This!

I loved how @ShehzadRoy said that PSL should be held in Pakistan. Massive respect for you brother #respect #PSL2017

Aside from this, we all noticed how Shehzad Roy doesn’t age AT ALL. He is literally the same after all these years. LEGIT.

WHAT THE FUCK SHEHZAD ROY ISNT GETTING OLD? #PSL2017 #AbKhelJamayGa

Will Shehzad Roy EVER age?
What a good looking man! ????

I have been watching You since the age of 8 and You ????????.
never Changed a bit except those long hairs.
Shehzad Roy pic.twitter.com/mh9fLZFhqc

Need To Know Their Magic Potions!

And here’s us making his before and after collage…just for the sake of it. 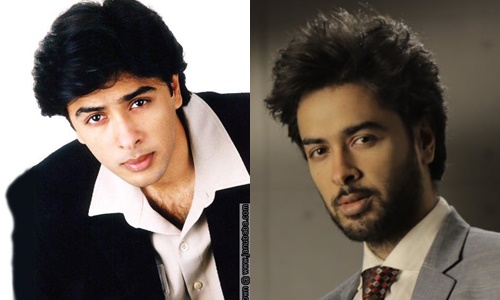 Aside from this, kudos to Shehzad Roy on his amazing performance!

This Extraordinary Pakistani Couple’s Heart Warming Story Will Definitely Make Your Day!
5 Savage Moments When Your Boss Took “Leli” To A Whole New Level!
To Top