Shahid Afridi is back to where he belongs! Yes, Lala has joined Karachi Kings after saying goodbye to Peshawar Zalmi after winning the second edition of PSL in March. Just recently, Afridi tweeted that he is parting ways with the Peshawar Zalmi franchise. He stated personal reasons that he would not like to talk about in the media to be the reason besides channeling his full focus on the Shahid Afridi Foundation. 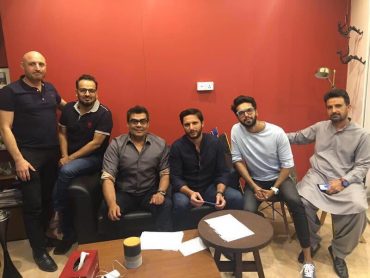 According to Karachi Kings, Shahid Afridi signed with the club as “President” 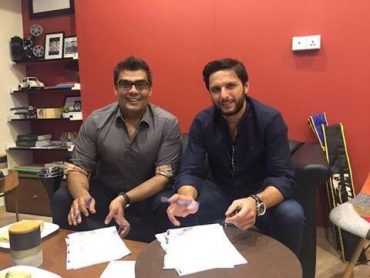 But that doesn’t mean he would not feature as a player in the 3rd installment of PSL. We shall see Afridi scoring massive sixes once again, but this time, for Karachi Kings! Just imagine what is he going to look like in the blue shirt – already gets us excited! 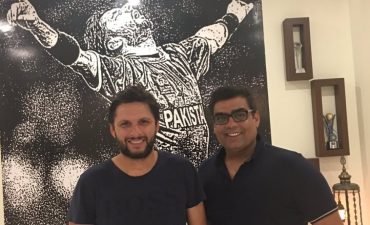 I am personally very happy about it. Afridi is dear to me and as a Karachi Kings supporter, it could not be any better than this. We shall see Lala in action and just imagine the crowd roaring for him. Karachi loves him and he shall outshine once again.

But Pakistanis have quite strange reactions; as usual, their sheer criticism prevailed…

One more reason not to support Karachi Kings

Ffs Afridi, stay away from Salman Iqbal and Karachi Kings. Don’t want to hate my team because of you ????

But then, there still exist people who actually have reasonable things to say…

Shahid Afridi lives in Karachi and if he made a decision to play for Karachi Kings next year tou tum logon ki neechay se kyu jal rahi?

So, Afridi is back where he belongs. Perfect match! It surely gets us more excited for the 3rd edition of PSL. It’s going to be amazing once again. WAKE ME UP WHEN IT’S 2018!

What do you guys think about Afridi joining Karachi Kings? Is it a good decision by the club?

This Pakistani Hip-Hop Artist Is Changing The Game By Releasing A Song In 4 Different Languages!
See How This Foreign Retail Store Made Twitter Laugh By Confusing “Teeka” With Something Totally Unrelated
To Top