A Muslim entrepreneur has launched a dating website called the Second Wife. The man behind the website, Azad Chailwala claims that the purpose of this website is to help men find second wives. He believes that this is a platform to promote old-fashioned values, morality, and fidelity. 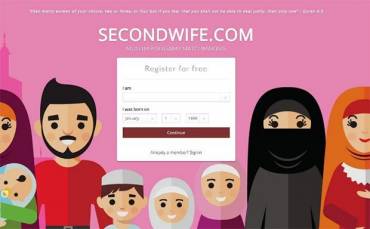 The 33-year-old Azad Chaiwala believes that this is a Sunnah, a prophetic tradition that needs to be served. The site already has over 100,000 members and is immensely popular among Muslim men in places like Leicester.

Islam surely allows Muslim men to marry multiple women- up to four at any stage of his life. Let’s not question the teachings and values of Islam. Nonetheless, the institution of polygamy is always misinterpreted, misapprehended, and misused.

Sure, Islam does allow four marriages BUT only under certain conditions. One of these conditions includes being just and equal among all wives.

What the owner has to say about it:

According to Chailwala, the goal of the Second Wife is to help ‘decent’ men channel their desire and lust for women in an honest way.

The man running this website further makes it clear that this is not a dating site. He says that it is only for those who are seeking long term commitment with the intention of getting married. Could he be any more thoughtful?

Chaiwala believes that this is a more honest and healthy way to fulfill lust instead of affairs and prostitution. He states that the entire idea behind this is to build ‘bigger and better families’. 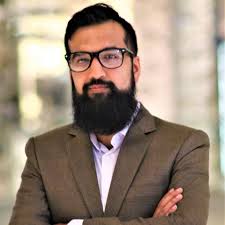 Not only that, but he himself plans to find his next two wives from here.

What critics have to say?

Critics believe that the entire idea behind this site is problematic to the core. It is innately harmful to both women and children as the family system is sprung from the values of tribal patriarchy. They say that this is purely a practice of internalizing misogynistic values. How does he not see how problematic this entire concept is?

We get that Islam allows polygamy, but what is it really that necessary? Why would you want to put your wife through such a nightmare?

The website claims to practice the prophetic tradition. It, however, fails to take into account the reasons for which the Prophets had multiple wives. It was not only for carnal reasons but instead for religious and political reasons. There are already so many cases of men conducting second marriage without the consent of the first wife.

The whole concept of the Second Wife site is to unapologetically promote the institution of polygamy among Muslim men. Chaiwala claims that the service has resulted in over 100 marriages all over the world.