Sushant Singh Rajput’s death stirred everyone around the globe. Fans from Pakistan, India in fact the whole world, were shaken after hearing the devastating news. Many even called out the Bollywood mafia for making the rising actor feel bullied and depressed. However, the response from the accused was both cruel and unacceptable.

Rakhi Sawant claims Sushant Singh will be reborn as her son

As if pushing the actor to take his own life wasn’t enough, now the controversial Indian dancer, model, and television host who claims, that Sushant Singh will be reborn as her son. Well! Gross! Not only is the statement controversial, but it is extremely offensive. Provided that, many fans are still not over the death and are still grieving for the 34-year old actor, Sushant Singh’s untimely death. 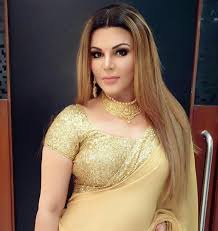 Rakhi Sawant’s statement is not only abusive and insensitive, it is beyond disgraceful. It has left fans around the globe furious and the netizens are calling her out on her ridiculous claims. Truthfully, we don’t blame them either. Sushant Singh Rajput was a great actor and will always be remembered for his hard work and determination. Mockery for any human is unacceptable but mocking them especially after they took their lives just makes things way worse and cringe-worthy.

In a video that has been going viral in the model, Rakhi Sawant makes crude comments about the recently departed soul of the actor. If there is anything to say other than, how outrageously her statements are. She took to Instagram, that in “4 am dream” which she hopes that it superstitiously comes true. Not only is the statement bizarre, rather it sounds completely ridiculous and disturbing.

More so, the former item dancer didn’t stop there, no! she added that in her dream Sushant Singh actually has sent a message by saying that he will come back and take revenge from everyone that pushed him over the edge. As if this wasn’t making us cringe, Rakhi added that when she probed Sushant Singh about how he would do so, he claimed he will be born inside her womb and come back to settle his accounts with the Bollywood mafia.

So traumatizing and disrespectful is this experience, that we wish to ban Rakhi Sawant for what she has said. It is uncool and very disturbing to know that people would not even let go of a person who has taken his own life because he was being bullied.

That too, just for the sake of attention. We are not only ashamed that we failed Sushant Singh Rajput, but netizens are also ashamed that someone as controversial as Rakhi Sawant could say something so crude about her. We truly hope that she takes back her awful and bizarre comments and also apologizes to the public for what she said.