A court within Lahore is fining and jailing a man for proceeding with a second marriage without the permission of his first wife. A woman named Shamim filed against her husband Rashid, according to the court of Judicial Magistrate. He will be serving 11 months along with paying a fine of about RS 5 million, apparently.

Moreover, Ms. Shamim seemed displeased with the fact that her husband went off to marry another woman without her consent or permission. This is an issue that has been active within Pakistan, where men would permission a second marriage without a divorce from the first wife. However, this time Ms. Shamim made sure to ensure justice for such a woman.

Regarding her husband going forth with the second marriage despite her permission, she said, “He not only betrayed me but also violated the law of the land,”

Islamabad High Court (IHC) ruled that a person would need to seek the approval of the Arbitration Council if they wish to conduct a second marriage. The statement mentions, “Contracting second marriage without the council’s consent will be a punishable act,”. So, the utmost conclusion is that even if the wife consents, without the permission of the Arbitration Council, the husband would still have to face some sort of penalty. 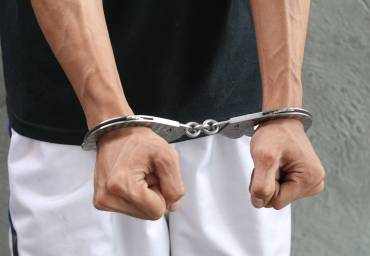 Under the Muslim Family Law Ordinance 1961, the court mentions that anyone that wishes to do a second marriage without permission would definitely face jail time as well as a fine. “A man who intends to contract another marriage during the subsistence of an existing marriage has to observe the procedure and fulfill the conditions prescribed by the legislature otherwise the consequences of imprisonment or fine or both could ensue,” the court had further ruled.

The real problem begins when people divert their focus towards silencing woman within their own marriage rather than calling out actual problems. It is okay to conduct a second marriage despite not divorcing your first wife yet no one would bat an eye. Additionally, many Pakistani’s tend to barely raise their voice regarding the on-going crisis of child marriage that is still diligently practiced within the interior regions of Pakistan. Not to mention, the frequent cases of domestic abuse and child labor go unnoticed as well. It is as if people are not setting their priorities towards the betterment of the country. And this is an issue that Pakistan would have to suffer from in the near future.

However, diverting towards a more positive approach, women are still trying to break away from the shackles of this society. The ideology that if a woman’s husband dies or she divorces then nobody would desire her, is a mindset that needs to see an end. The veteran actress Anjuman finally remarried to a partner with an age gap of about six years. Her previous husband Mubeen Malik had been murdered. Many pointed fingers mentioning that her ‘age’ isn’t suitable for marriage anymore. Yet, the actress pursued it.

What do you think of the situation? Do you think the man deserves the punishment or should it have been longer? Share your thoughts.

After Constant Hate From Pakistanis On Social Media, Ayesha Omar Is Making Her Instagram Account Private!
Aarish Mesmerised Judges In Pepsi Battle Of The Bands Episode 3 And Star Zone Barely Survived The Cut!
To Top