There is nothing new when it comes to people having relationships before tying the knot. Studying in the same university, working in the same office or among various situations, men and women are attracted towards each other, fall in love and go into a relationship before marriage.

Most of the times, the intention of the couples is to marry each other. However, during the course of the relationship, couples, in the light of their attraction towards each other, commit certain actions that are counted as unlaw in Islam. It may not be to an extent which refers to as Zina in Islam, but touching a na-mahram is not allowed in Islam.

The Question Is, Are Muslims Allowed to Marry Someone They Have Had a Relationship With?

In the light of Islam, a relationship between a man and a woman outside of the holy union of marriage is indeed haram, regardless of whether there is Zina involved or not. Zina indeed is the most abhorrent and reprehensible sins. In the religion, where looking at the opposite gender (na-mahram) is not allowed, how could kissing or hugging be permissible? 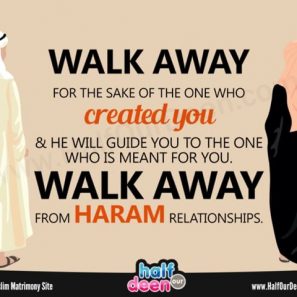 If marriage comes in a relationship after the couple has committed Zina, the conditions are different.

The only condition upon which marriage after having a sexual relationship is valid when both, the man and the woman repent the Zina and establish that the woman is not pregnant from the unlawful intercourse.

All sorts of relationships are haraam because they include contact with the na-Mahram. The marriage in this case, however, is valid only because they did not commit Zina. The relationship is indeed no encouraged in the light of Islam.

This Girl Sparked the Debate of Biryani With Aloo or Without Aloo And Changed Everything to a Battlefield!
This Pakistani Guy Gives A Cracking Response To The Girl Who Shared An Utterly Blasphemous Video
To Top