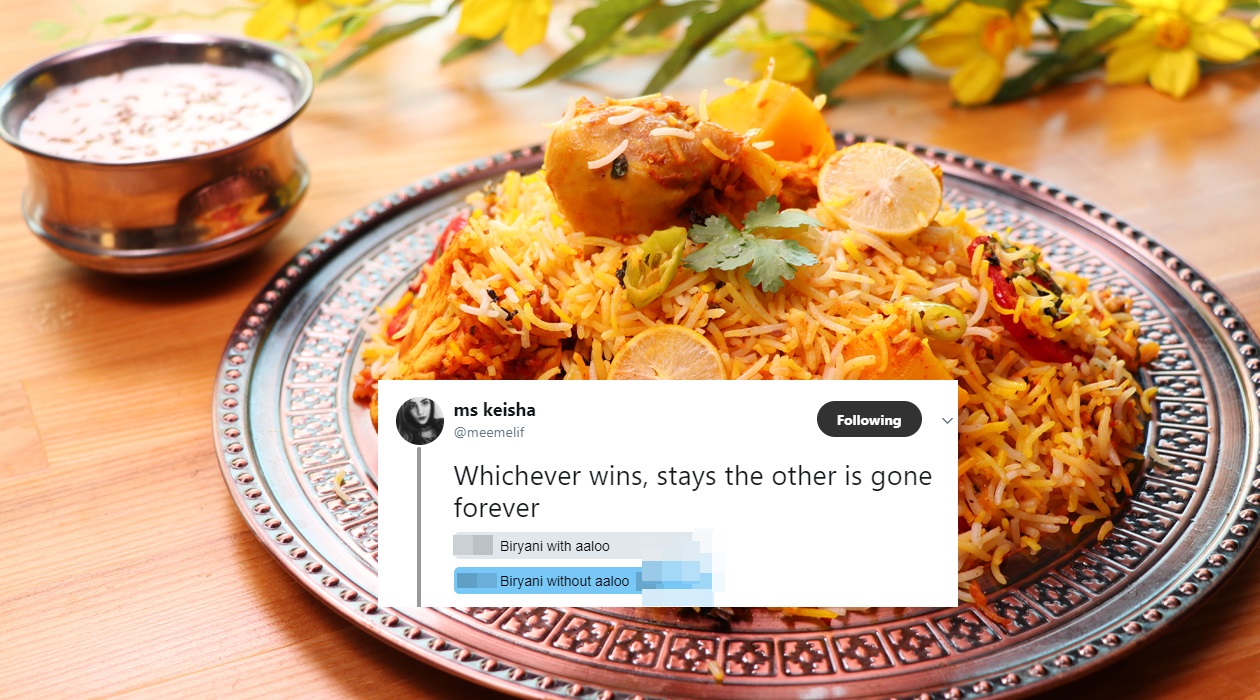 Warning: This article is not recommended for the Karachiite readers with an aloo-craving emotional heart.

When it comes to a debate between Karachi and Lahore, biryani is one of the many topics which cannot and must not be left out. With aloo or without aloo – Karachiites and Lahoris always bring this topic to the table when proving which city is superior to the other.

A few days ago, social media fanatics were eagerly indulged in this topic once again – and we don’t even have PSL to thank for that. Alongside the Lahoris and the Karachiites, biryani lovers from all over Pakistan used their Twitter accounts to make their favorite plate of biryani win – with aloo or without aloo.

With the handle of @meemelif, Manal posted a poll with the threatening warning. The Karachiite mentioned that whichever option loses, will go out of the race forever.

Whichever wins, stays the other is gone forever

The length of the poll was on 5 days. During a span of 5 days, a total of 6362 Pakistanis participated in the poll.

There Were Days When Biryani With Aloo was Leading

why is without aloo even an option

And Then There Were Days When Without Aloo Biryani was Leading

Why without aloo is ahead omg ??

For 5 Days, the Pakistani Twitter Space Was Seen Taking this Poll EXTREMELY Seriously!

Idea: organise "A BIRYANI FESTIVAL" where there are stalls of every kind of biryani, with aloo, without aloo of chicken, beef and mutton. Which ever stall earns more wins. Ceasefire.

Biryani with aloo summed up in one picture. pic.twitter.com/Wy85Z23new

I hope biryani without aloo wins and we can make them shut forever.

BIRYANI WITHOUT ALOO IS PULAO, GET THIS ALREADY YOU PAINDUS.

So After the 5-Day-Long Debate, the Poll Finally Came to an End

Winning with 2% more votes, here’s a plate of the winner…Biryani…WITHOUT aloo! 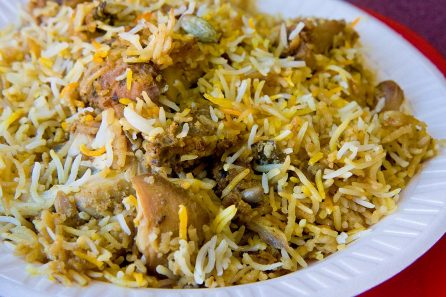 There Were Victory Celebrations Everywhere!

GOODBYE, BIRYANI WITH ALOO AND TWO RUPEES PEOPLE WHO LIKE IT ??? https://t.co/jv5muWLKK2

Some Just Couldn’t Believe Their Eyes

Now that it has been settled, we finally pass the petition of removing aloo from all sorts of biryanis served at all sorts of restaurants spread all over Pakistan.

We have officially announced that there is no such thing has biryani WITH aloo (LOL WTF) and therefore, Fatah haqq ki hoi.

Congratulations to all the real biryani lovers. <3

Here are the Secret Traits of an Aquarius Nobody Knows Anything about!
Here’s What the Quran Says about Marrying Someone after Being in A Relationship with Them
To Top