The 19th death anniversary of the famous Pakistani singer Nazia Hassan, is observed all around Pakistan and South Asia. The renowned singer made not only Pakistan proud but the entire southern region with her talent and melodic voice.

The Unforgettable Legacy The Singer Left Behind:

Her passion for music is demonstrated by the fact that she pursued a musical career at the age of ten. Even at that time, the music industry was tough to beat. It was difficult for anyone to make it big or even find a platform to represent themselves. And of course Hassan witnessed her fair share of struggles as well. However, the key here is that she didn’t once give up during her journey as a singer. Now, that compelled her to become one of the most prominent South Asian singers of all time. To the point that people still sing along to her melodic voice. 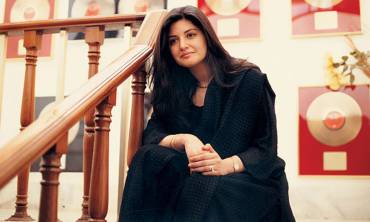 The cause of Nazia Hassan’s death had been lung cancer. She died on 13th August, 2000 in London at a young age of 35. The news had broken Pakistan to bits because she was one of the most endearing and recognized pop singer of the country. Once again, chronic illnesses takes the lives of several celebrities, let alone in Pakistan. It is a constant reminder that the public figures we look up to can see an end as well.

Hassan rose to popularity through a PTV programme called Sung Sung. After that, she gained recognition for our vocals and humble attitude. The song “Aap Jaisa Koi” for the Indian movie Qurbani was an immediate hit. During the time of its release, there wasn’t a single person within the region that didn’t know the lyrics to the masterpiece.

Not to mention, she never bragged about her accomplishments. Her achievements are an inspiration for countless brown women within the South Asian industry. The utmost hard work paired with a generous attitude proved that her success had been deserving. The song ‘Disco Deewane” sung as a duo with Zoheb Hassan is a record that Bollywood is still incorporating within every movie. Throughout her career, she rightfully earned the title of ‘Queen Of Pop’ and not many have arrived at the podium she once stood on. She was also given the Pride of Performance award in 2002. Her legacy is different and untouchable yet it remains to inspire the young talent in the entertainment industry. Hopefully Pakistan can see another interesting pop singer in today’s time.

Additionally, the government of Pakistan tweeted in remembrance of the singer. The tweet read, “Remembering Nazia Hassan on her death anniversary today, one of the most iconic figures in the history of Pakistani music. She passed away almost two decades ago on this date at the young age of 35, in London, following a prolonged battle with lung cancer”

Remembering Nazia Hassan on her Death Anniversary today, one of the most iconic figures in the history of Pakistani music. She passed away almost two decades ago on this date at the young age of 35, in London, following a prolonged battle with lung cancer.#NaziaHassan pic.twitter.com/MUcBNtWVqB

What do you think of the situation? What are some of your favorite songs from Nazia Hassan? Have you been a fan of hers for a while? Share your thoughts through the links below.

Jeremy McLellan Is Now Interested In Learning Urdu & Pakistanis Are Helping Him In Hilarious Ways!
31st Death Anniversary Of Zia-ul-Haq – The Impact His Rule Still Carries
To Top