The 31th death anniversary of former president General Zia-ul-Haq is being remembered all across Pakistan. The general served as the 6th president of the country starting from 1968 till 1988. He has been the longest-serving president.

His death seemed to be a shocking element to the country because there still isn’t a clear answer as to what could be the truth surrounding it. Zia died in a plane crash along with Joint Chief of Staff Committee Chairman General Akhtar Abdur Rahman, the American Ambassador to Pakistan Arnold Lewis Raphel, Associate of Zia Brigadier Siddique Salik, and Head of US Military Aid Mission Herbert Wassom. 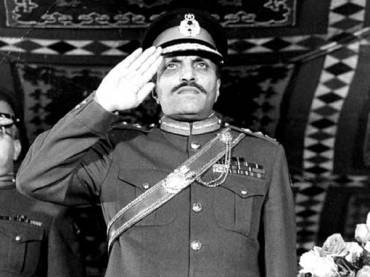 The impact of his death on Pakistan was immense as multiple reports regarding the truth of the incident came out. America mentioned it to be a malfunction within the plane. However, a different report suggested that the chances of a wreckage in the plane’s system appeared slim because there had hardly been any evidence of a disruption. Everything seemed to work just fine. Additionally, Pakistan Institute of Nuclear Science and Technology in Islamabad found an interesting discovery which showed that there were traces of an explosive in the plane. Hence, it someone blew the plane up rather than it suffering from a malfunction.

However, people are still debating over the real reason of Zia-ul-haq’s death. Pakistan believes that considering the amount of disagreements and disturbance between Israel, the U.S, India, and the Soviet Union, it wouldn’t be unreal to say that it wasn’t a simple crash.

During former president Zia-ul-haq’s rule he introduced multiple Islamic laws that still affect the country to date. He is responsible for the application of Shariah law. The law which encourages stoning women for adultery, implication of Islamic courts and banks, severing body parts of thieves etc.

Moreover, he also introduced the blasphemy law that has been controversial for religious minorities in Pakistan because they could get killed over bad-mouthing about Islam. Many people appreciate the changes that Zia bought within the country while others believe that he ruptured Pakistan even more. 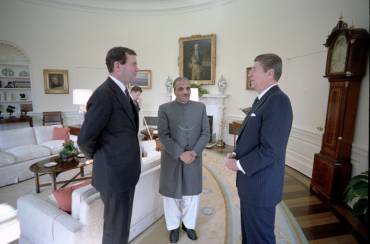 Not to mention, Zia reached his particular position through the help of Zulfiqar Ali Bhutto. Once he became prime minister, Zia ordered the execution of Bhutto. He also brought the new wave of politicians which includes former Prime Minister Nawaz Sharif.

Zia’s rule furthered the completion of nuclear weapons for Pakistan. This initiated the establishment of Pakistan as a nuclear nation, which lured off the enemy nations. It still continues to retain the country’s position as a ‘strong’ nation.

Regardless, the man did his fair share of causing discrepancy within Pakistan but also, as any other, had a somewhat positive impact as well. That positivity is a given considering he spent a long period as a president. But it doesn’t overshadow his unpleasant decisions. This goes for any other leader as well.

What do you think of the situation? Do you support the way Zia operated the government or are you against it? Share your thoughts.

Remembering The ‘Queen Of Pop’ Nazia Hassan As Her 19th Death Anniversary Passes Away
Mother Of LOC Shaheed Taimoor Aslam Showcases Her Son’s Bravery And Why ‘Kashmir Banega Pakistan!’
To Top