This Guy Pranked His Mother With 'Fake' Nose Piercing. Check Out How She Reacted! 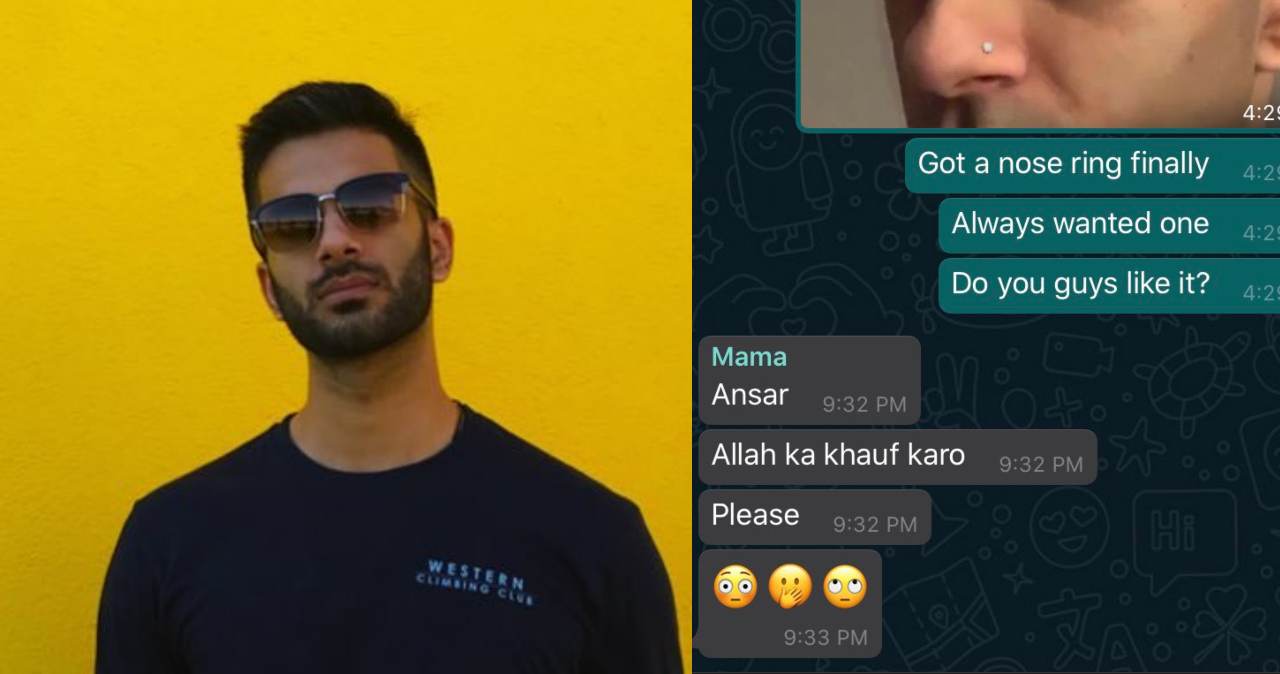 Pranks are meant to be fun and hilarious but this one will without a doubt, make your heart melt and go all awww! While many pranks go all wrong, this one proved to be taking an unexpected and sweet turn when a TikToker did a fake nose piercing and showed his mother.

Getting pierced has always been cool, but since last year, piercings seem more popular than ever. Instagram has been proof of that. In fact, a ‘Piercing Challenge’ even took over TikTok last year. The new viral challenge on the block. If you are still struggling to decide what piercing to get, TikTok users created the challenge, allowing a filter to actually choose the piercing they should get.

So, here is how this prank goes- well, presuming this TikToker Ansar captured pictures of himself from the above-mentioned TikTok piercing challenge filter, he sent them to his mother. You can call it a fake piercing prank. It is also to be noted that this same guy earlier went viral for his ‘Skechers’ TikTok video with middle-parted hair. 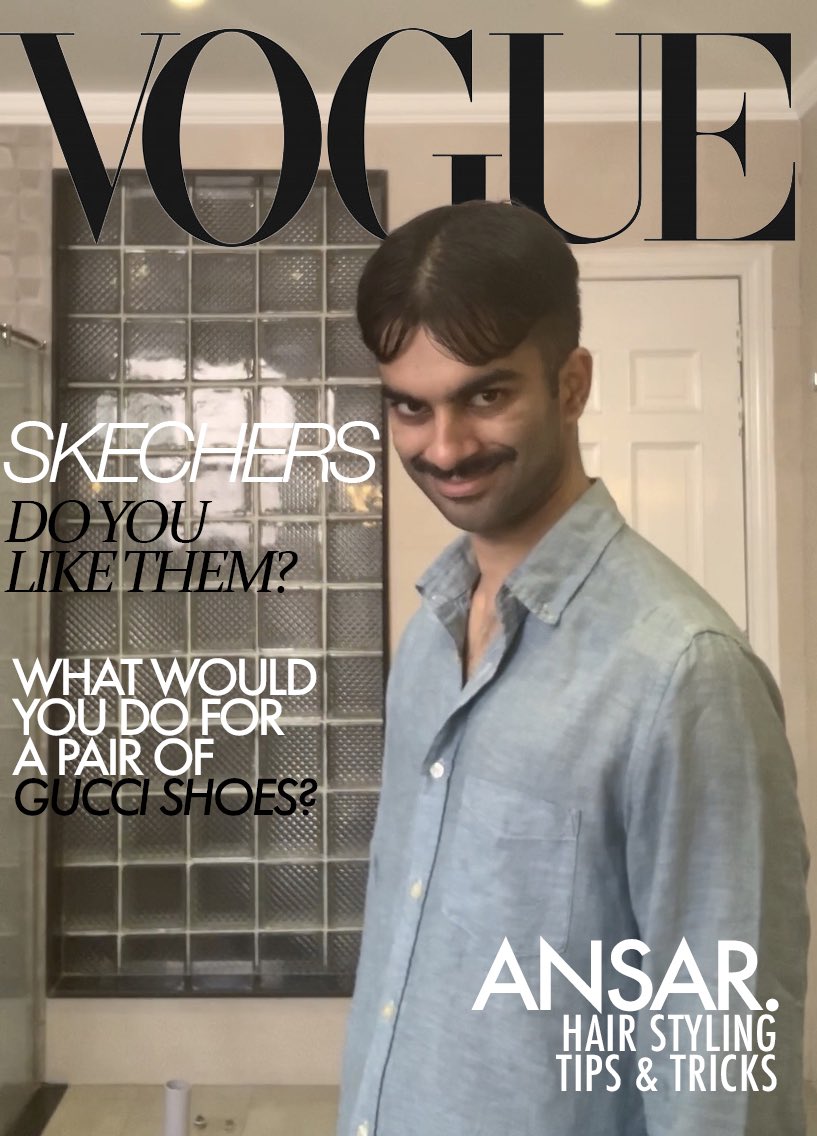 Nonetheless, the TikToker sends a selfie with a fake nose piercing to his mother and tells her that he has finally gotten a nose ring which he has always wanted. Upon asking if she likes it, the mother acts quite shocked and tells him to fear God.

Ready to go all awww?

Ansar cracks a joke in between saying that he and his mother are now matching. However, then says that if she wants he can keep a nose ring instead of a stud. Can you guess what she replied? Well, it is definitely not the usual reaction that we all expect from pulling off such a prank on our mothers!

Anyways, so she taunts at him and sarcastically says, “Always follow the footsteps of Shaitan (devil). So you cannot perform namaz, but do filthy fashion.” Ansar then goes onto tell her that he just prayed Isha today with the nose ring.

In response to that, instead of losing her temper, all the mother says is a dua for him. She tells him to not to listen to Shaitan, and prays that may Allah guide him. Was this sweet or wholesome? Well, we would say both!

Here you go. Enjoy the piercing prank chat with mother which Ansar shared on Twitter. 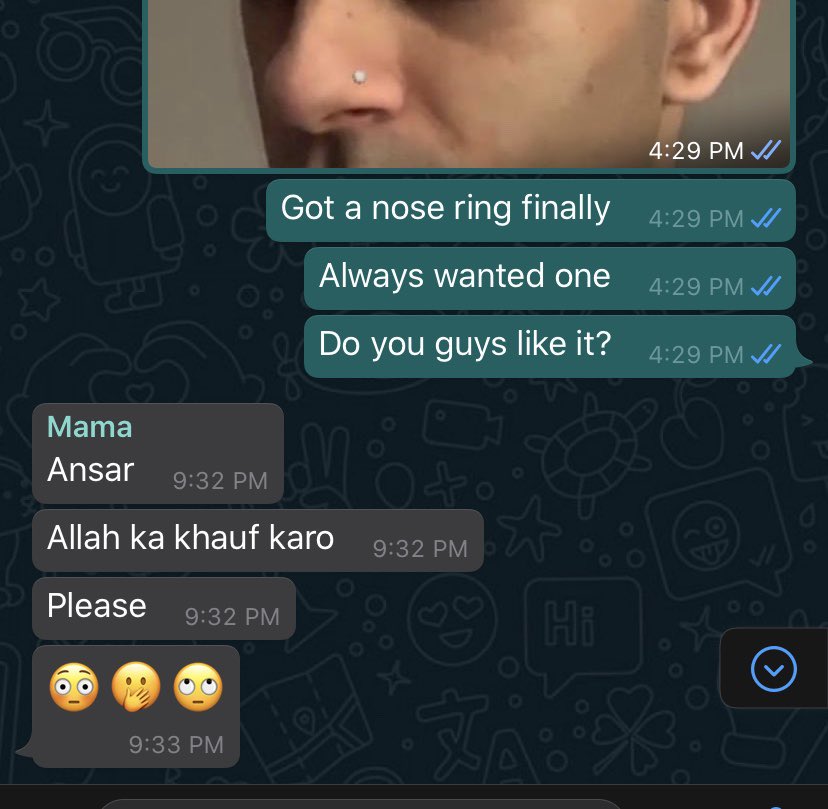 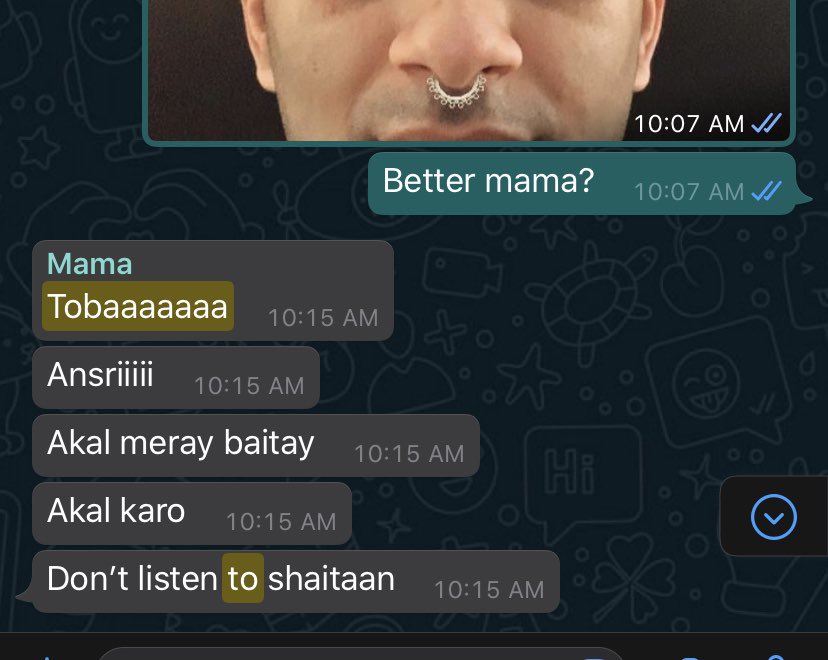 Were you all expecting a flying chappal reaction? We don’t blame you. That is the most common reaction we expect after pulling off such a prank on our mothers. LOL!

Read More: This Pakistani Guy Is Making The Most Hilarious Prank Videos With His Extremely Unusual Concepts