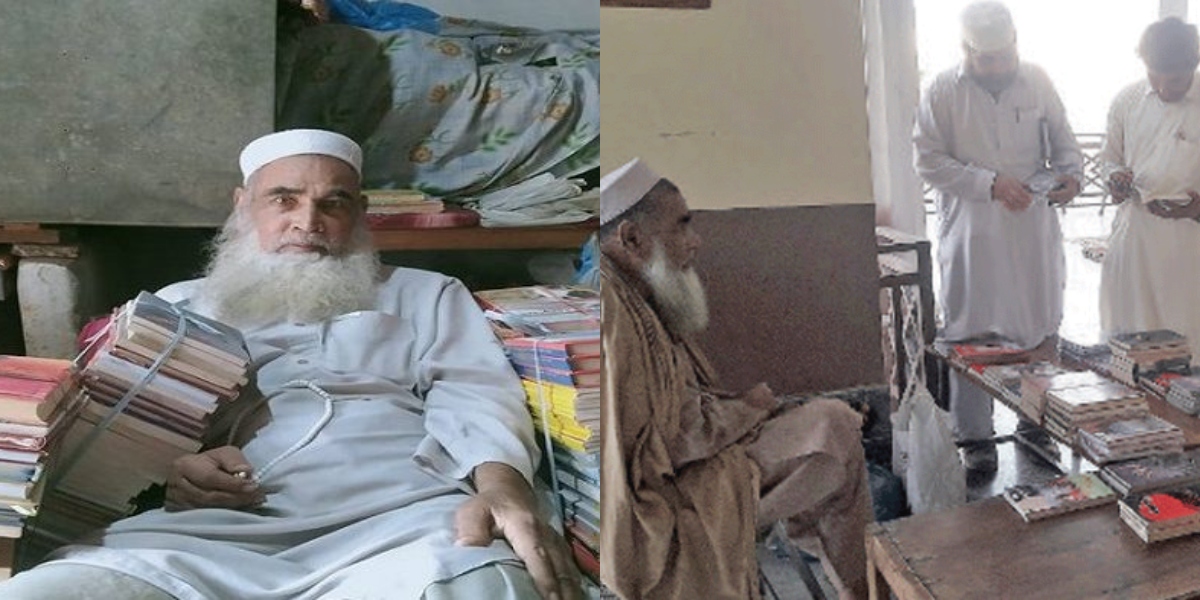 A senior Pashto poet Akmal Lewaney from the Mardan district of Khyber-Pakhtunkhwa (K-P) has recently put up to sell his rare book collection due to poor health. He has taken this difficult decision to collect money for his medical treatment. This was recently revealed by a social media user on Twitter. He also shared a photo of the poet with his books. He did this to  bring his plight to the people’s and government’s attention.

Here is what a Twitterati had to say about the Pashto poet who wants to sell his books for his health treatment.

Many Pakistanis vowed to help the ailing poet and asked for details after viewing the Twitter post. Some of the users also questioned why the government does not show any cause of concern for the ailing health of its acclaimed literal artists.

Lewanay, 74, is a highly acclaimed Pashto poet. Who due to poor health conditions wants to sell his rare books. He is popular as a mobile bookseller. However, he has been suffering from rheumatoid arthritis for the past few years. The poet had also undergone surgery last year. But he has been bedridden ever since.

Moreover, Lewaney has three Pashto poetry collections. It includes Lewantob, Chapawoona, and Tortam to his credit. He has been awarded several literary awards. Also, he has been invited to UAE, Qatar, Saudi Arabia, and Afghanistan for different International literature festivals. The man is also a recipient of various local awards as his poetry carries quality and substance.

The book collection of Lewaney has become a signature of every literary event. He himself is known for his poetry loaded with satire and humor. He has a collection of around 6,000 rare Pashto books. However, his chronic illness has now badly affected his plan. As a result of the chronic illness, Lewaney is now forced to sell his collection.

In an interview with Dawn, Lewaney said, “I am not making an appeal for monetary aid. Instead, I am offering the treasure trove of books I have collected from different sources for sale.”

“Though the amount that its sale would fetch me is not going to be good enough to meet all my expenses, yet it will still cover prices of some the medicines that I use daily.” 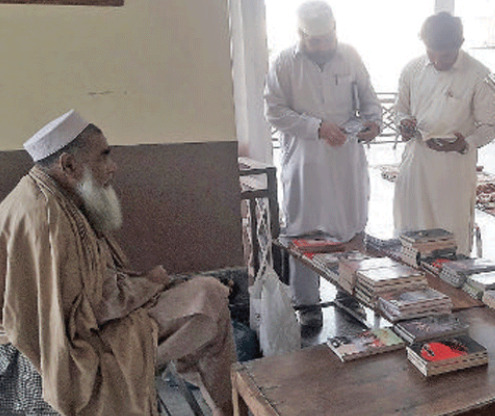